“Forested region in central Nabradia. A path strung between the thick-growing trees leads towards Archadia. However, many of the tree-bridges are covered with thick moss, and in advanced stages of decay.

As transport by airship gained prominence, the land roads were abandoned. Now more beasts walk the woods than travelers.

The forest is the domain of the Kingdom of Nabradia. Abandoned these two years since its fall, the number of fell beasts within its borders swells daily.” 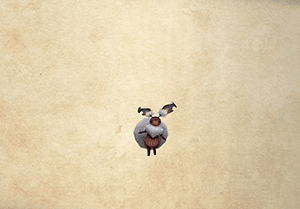 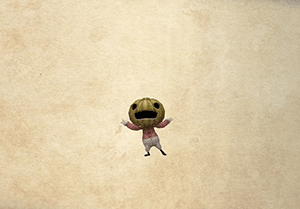 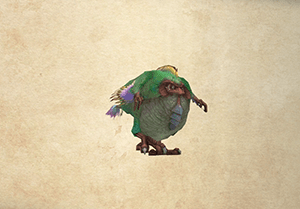 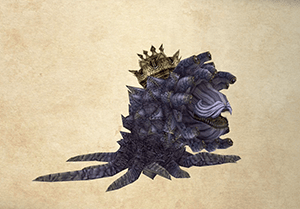 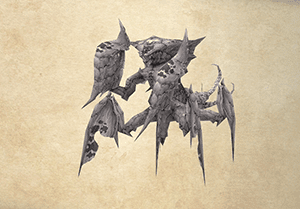 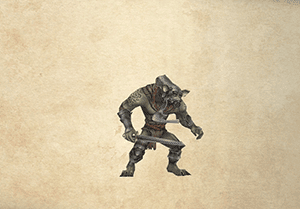 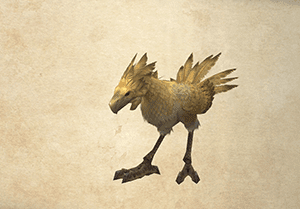 This is the first zone of the Salikawood. The enemies in this area are fairly easy to deal with and are very similar to previous enemies that you’ve faced. Be prepared to deal with a few status effects though, such as

Sleep, and have an

Esuna Gambit set up on one or two of your characters. Continue north into the next area. 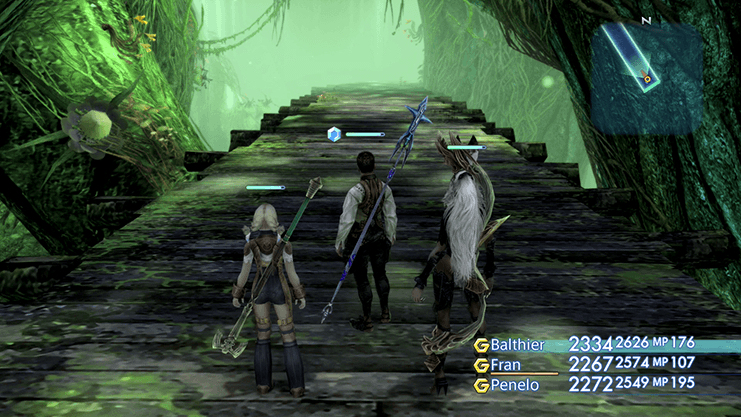 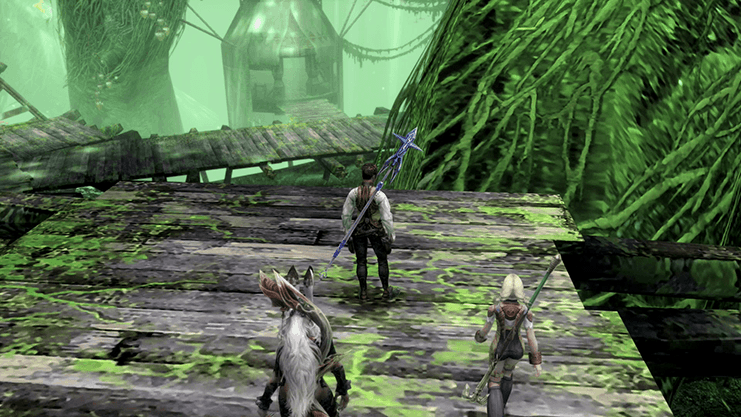 This area is not a formal town but it does have a Save Crystal where you can save your game and refill your health. There is nothing else that you can do in this area currently. You will have a small side quest coming up that involves Forest Bungalow later on in the game. Head north again into the next area. 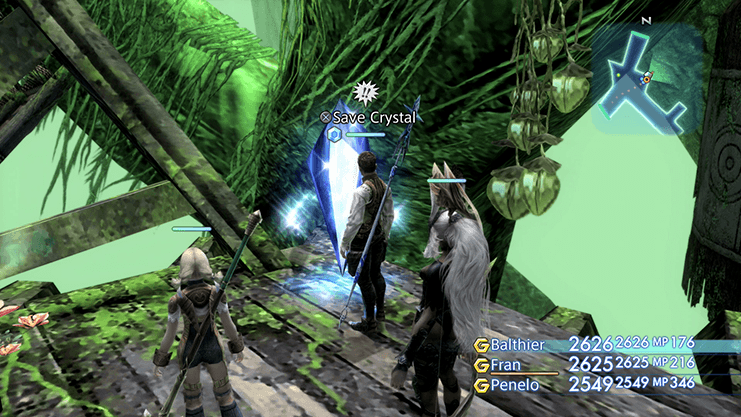 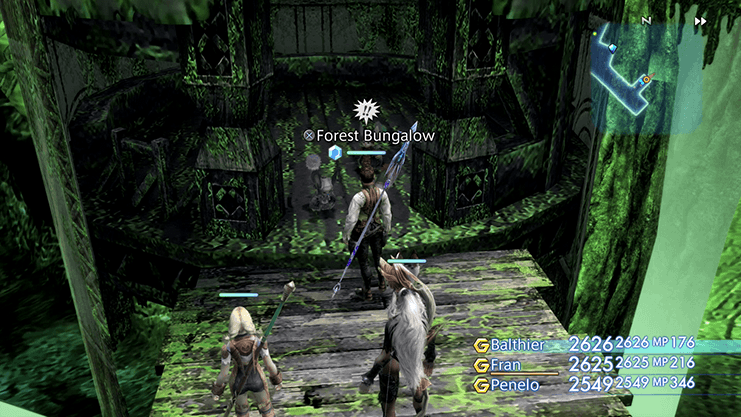 Start off by taking a right at the fork in the road and follow the path as it curves around to the south. You will find a green Urn at the end of the path that contains the map of the Salikawood. Use the map, either by using the 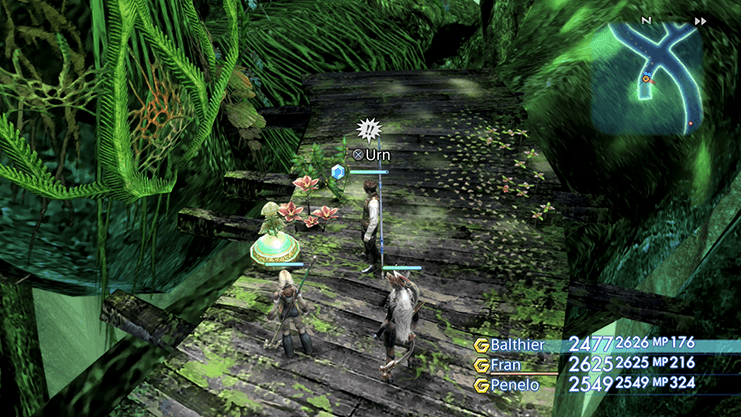 Start off by saving your game at the orange Save Crystal. Touching this Save Crystal will allow you to easily warp back to the Salikawood later on in the game if you need to. There is a semi-optional boss that you can find in the area north of the Quietened Trace in an area called the Grand Bower.

You can skip this boss at this point in the game, but using this strategy guide, you should have no trouble defeating it, and you will need to defeat it in order to complete the two side quests listed below the boss. If you would prefer to skip this optional boss and these two side quests, skip down to the Living Chasm section below. 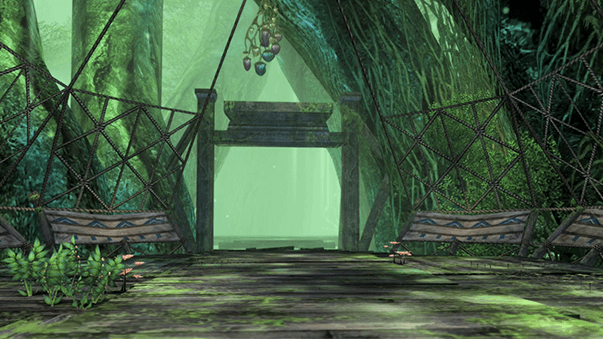 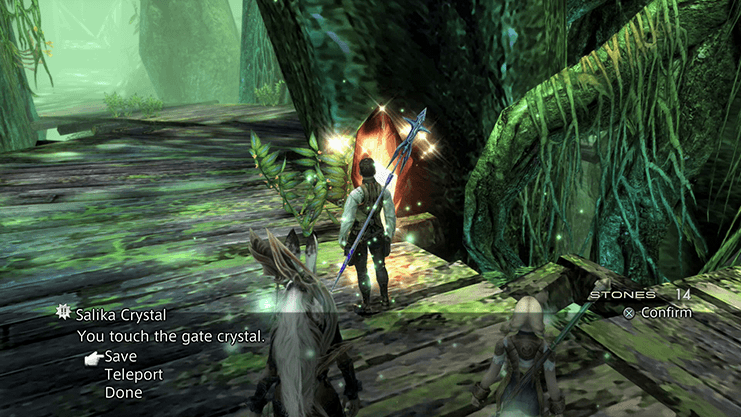 Read the preparation tips below and then move into the Grand Bower when you are ready to begin the fight.

Make liberal use of the orange Save Crystal just outside of the Grand Bower before you initiate the fight. Make sure that you cast

Faith on all of your characters and then touch the orange Save Crystal again to refill the MP that you spent casting those spells.

Handkerchief item on any of your allies to remove the Oil status effect. This negative status effect can be devastating during the fight as King Bomb and all of its summoned Bombs will attack with fire-based Magick (which does increased damage to characters affected by Oil).

You may want to set up one of your characters to use Water-based Magick against these enemies as they are weak to that element. 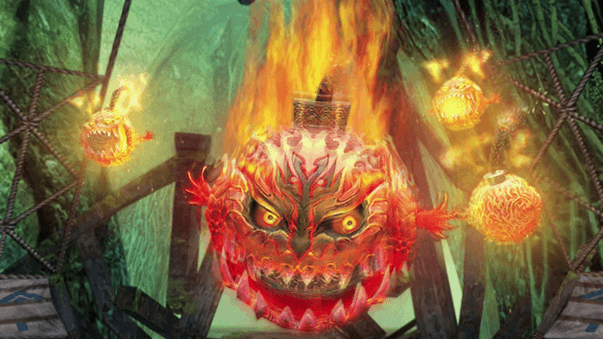 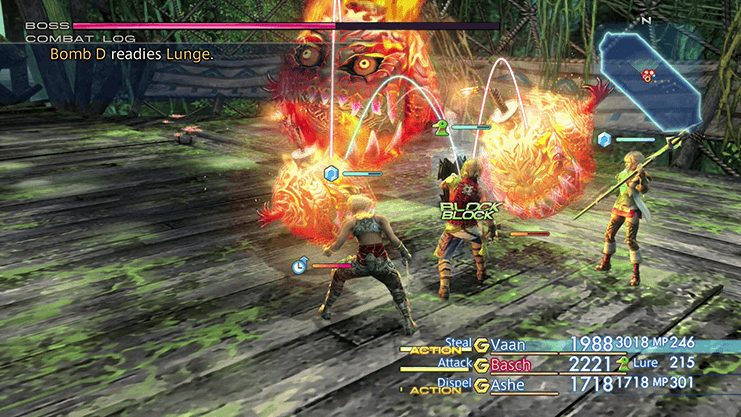 Silence on it. It will cast

Renew on itself twice if not Silenced which isn’t the end of the world, but is preventable. That being said, in the Zodiac Age version of the game, it can cast

Renew indefinitely (or enough times that it seems indefinite). Make sure that you keep King Bomb

Silenced for the duration of the fight.

Try equipping one (or many) of your characters with Fire-resistant armor if you are struggling with this fight. This includes equipping

You can now gain access to the Corridor of Ages area, the Piebald Path area and the Necrohol of Nabudis. The first thing you should do is complete the Hunt to track down Braegh:

Hunt 19: Rodeo to the Death
Reigning in Braegh (Rank IV), the lightning-horse located in the Corridor of Ages area of the Salikawood. 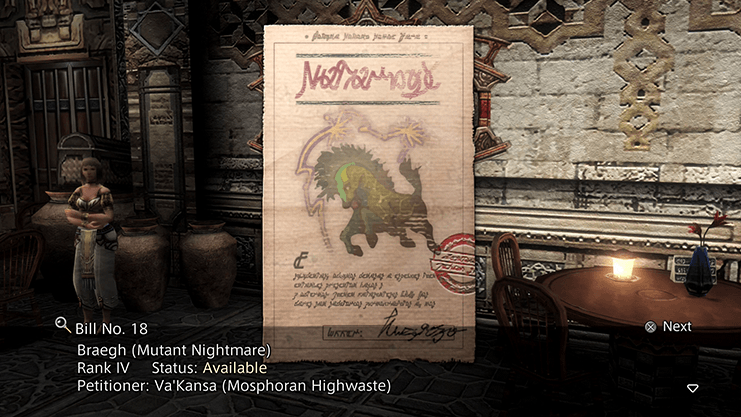 Finally, the last optional side quest that you can do involves obtaining the

Zodiac Spear in the original PlayStation 2 version of the game if you followed all of the steps listed throughout the walkthrough (and avoided opening certain treasure chests).

Obtaining the Zodiac Spear this early in the game can greatly increase your overall party power as the Spear has an Attack Power of 150, which is well over double the attack power of your current weapon arsenal.

The Zodiac Age Note: The

Zodiac Spear
Heading into the Necrohol of Nabudis to retrieve the Zodiac Spear, one of the most powerful weapons in the game. 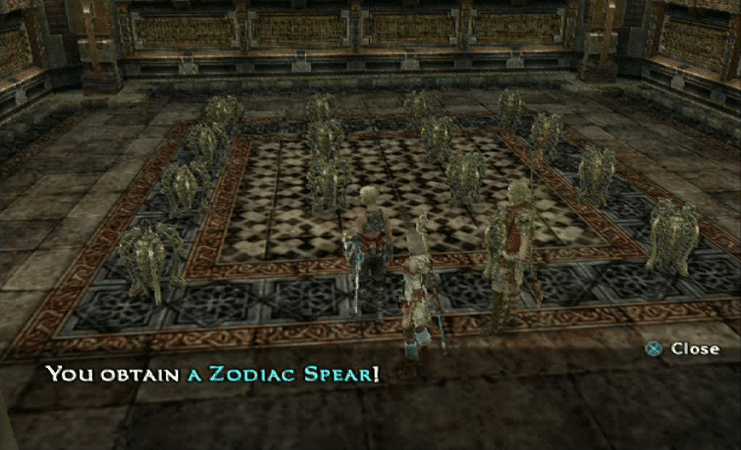 It becomes much easier to complete many of the Hunts and side quests once you have the most powerful weapon in the game. Before switching over and attempting to complete any of the Hunts or side quests though, you should continue your travels by reaching the Hunter’s Camp on the Phon Coast first by continuing along with the guide. There are a few new pieces of armor that you can obtain that will be helpful as well. 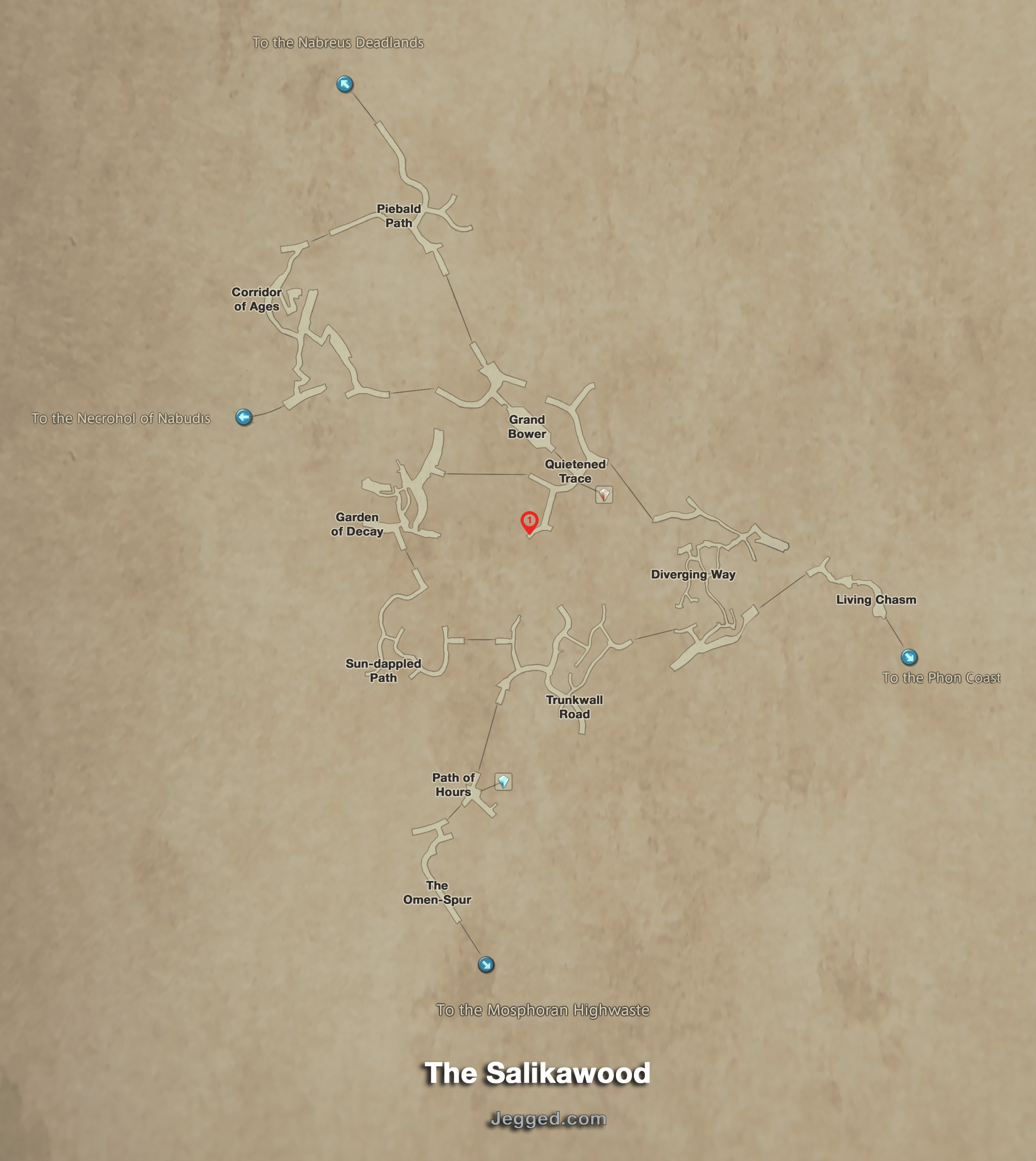 You can reach the Living Chasm area by traveling east through the Diverging Way. The way through will be blocked by a massive stone gate. Speak to the Moogle Boss standing in front of the gate and he will explain that the gate is broken and that he is awaiting the return of his 9 apprentices to help him fix it. The 9 apprentices are located in the forest bungalows throughout the Salikawood (and you may have seen a few of them during your travels). 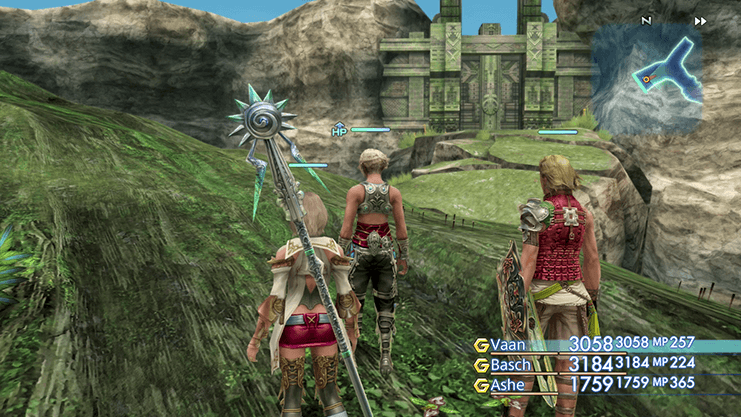 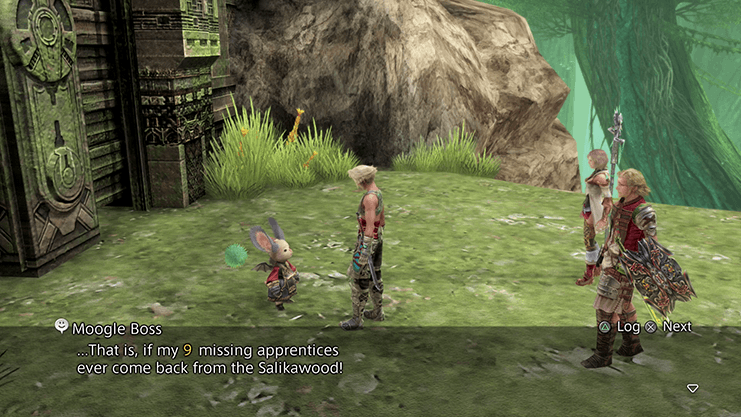 Refer to the map (by pressing the

Button) to find the apprentice Moogles. The 9 apprentices can be found in four separate locations (2 of them are very close to one another). Speak to each of them to have them return to the gate in the Living Chasm.

Once you speak to the last group of Moogles they will ask if you would like to “come with [them] to the gate, Kupo?”. Select “Yes” and you will automatically be taken back to the Living Chasm without having to walk there. 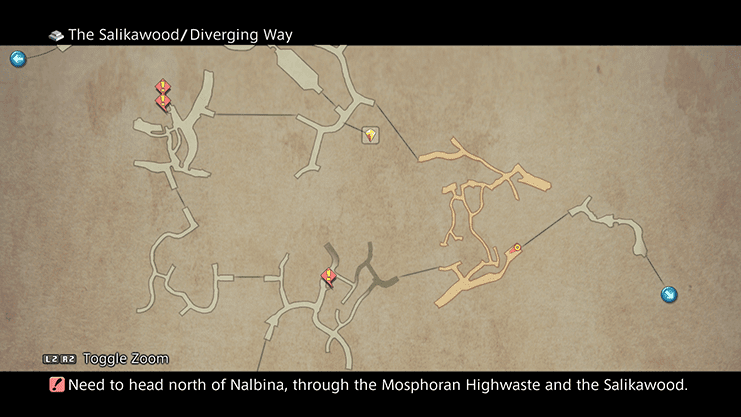 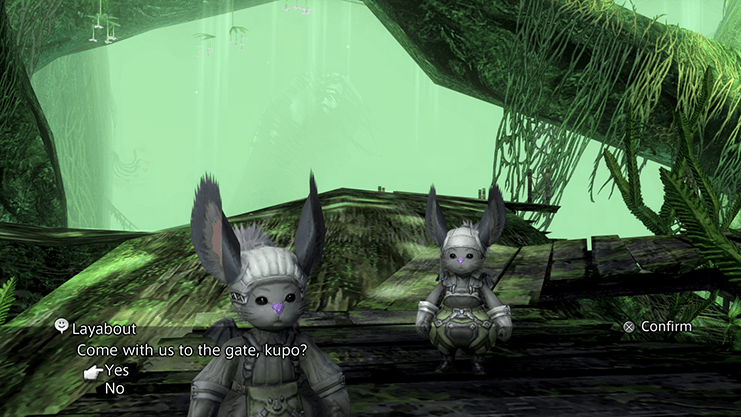 The 10 Moogles will repair the broken gate and it will automatically open up, allowing your team passage through to the Phon Coast. Speak to the Moogle Boss on your way through and he will give you a

Sash (or a pair of

Quasimodo Boots in the original PlayStation 2 version of the game) as a reward for helping find the apprentices. Travel through to the next area – the Phon Coast. 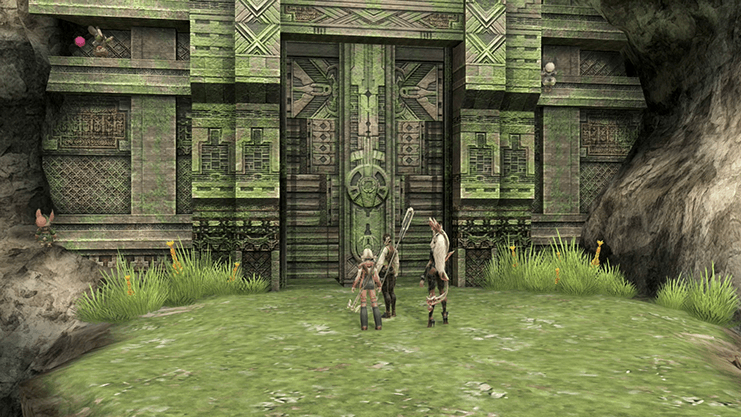 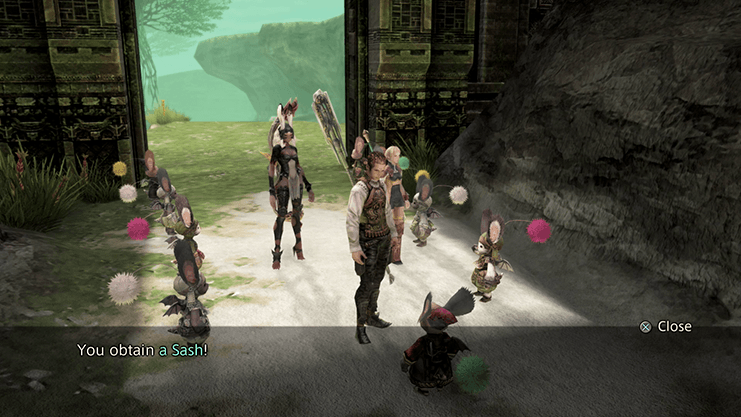