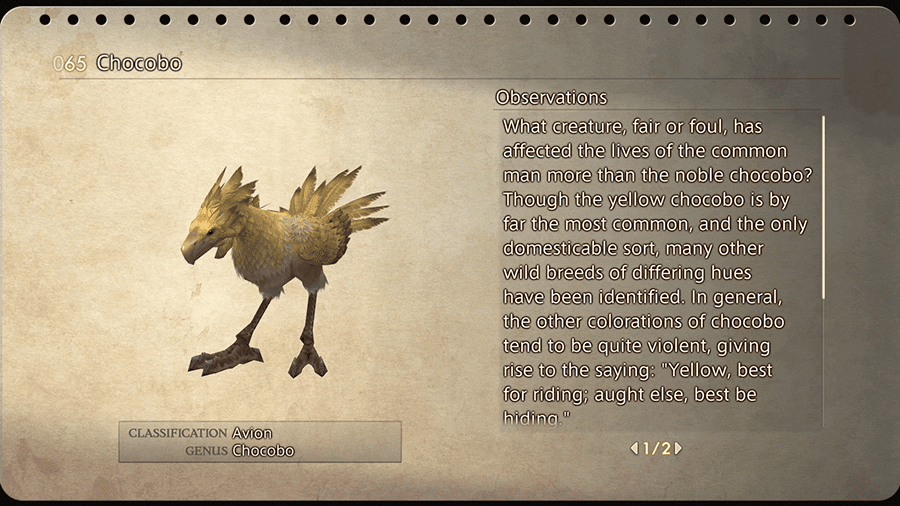 “What creature, fair or foul, has affected the lives of the common man more than the noble Chocobo?

Though the yellow Chocobo is by far the most common, and the only domesticable sort, many other wild breeds of differing hues have been identified. In general, the other colorations of Chocobo tend to be quite violent, giving rise to the saying: ‘Yellow, best for riding; aught else, best for hiding.’

As even tame Chocobos are known for their temper, true domestication requires time and expertise.

Their curiosity can often get them into trouble, but they are charming nevertheless, and popular throughout Ivalice. As famed naturalist Merlose once wrote: ‘a little personality goeth a long way.’”