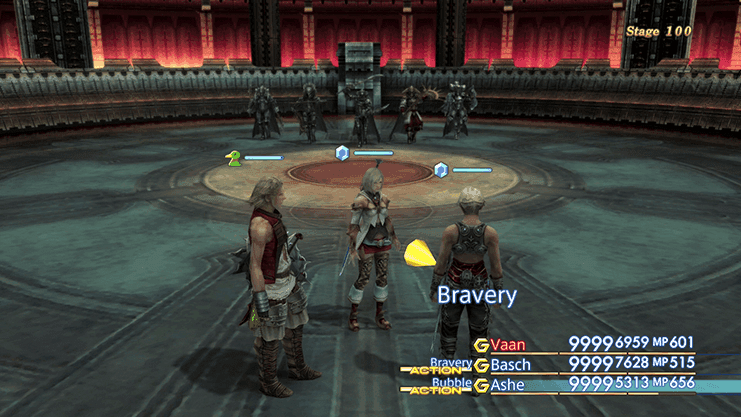 The key to successfully completing Stage 100 of Trial Mode is keeping control of the fight – managing all of your party members but also keeping all five of the Judges under control. In order to do that, you need to understand the mechanics behind each of the five Judges and what to watch out for.

Bergan is one of the front-line attacking Judges. Similar to the battle against him at the top of Mt Bur-Omisace, he will just wail away on your party members mindlessly. He has a fairly high amount of HP and takes quite a bit of damage to defeat. He is weak to Sleep, Stop, Slow and Sap.

Hastega. Once each of the other Judges has all three of these status effects cast on them, Judge Drace will begin casting

Gabranth, Basch’s brother, is the second of the front-line attacking Judges. Much like Bergan, he will attack your party members with standard physical attacks. Unlike Bergan, however, Gabranth is essentially immune to negative status effects. You will have to deal with his attacks throughout the fight.

Ghis can Dispel your party members and inflict heavy-hitting status effects. He is arguably the most dangerous of the Judges and most strategy guides (including this one) recommend taking him out first. Thankfully, he does not have much HP so he is the easiest of the Judges to defeat. He is susceptible to Sleep, Sap, Stop Slow and Disease.

Bravery on Judge Gabranth and Judge Bergan and he will aggressively heal Judge Gabranth. He is susceptible to the Sleep status effect. 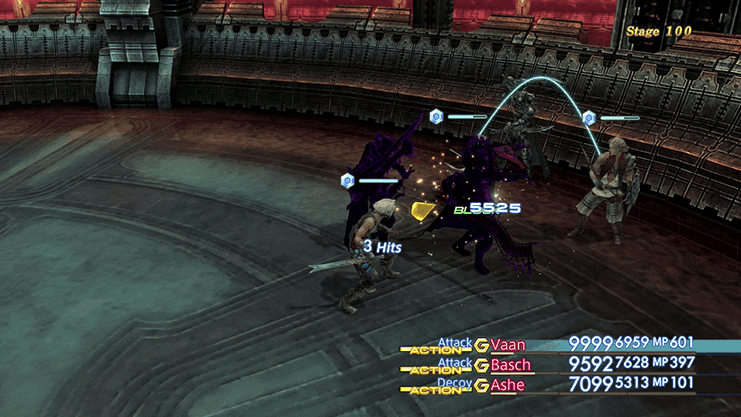 As mentioned above, the truly difficult aspect of this fight involves controlling it from start to finish and ensuring that things do not get out of hand. As soon as you find yourself being hammered by one or two of the Judges unexpectedly, the battle is essentially over.

You need to use the negative status effects listed above to keep the fight controlled from start to finish. The easiest way to do this is to make use of the Nihopalaoa strategy. Equip one of your party members with the

Nihopalaoa Accessory and then use a

Remedy on the Judges to hit them with whichever of the status effects they are weak to. The alternative to using the Nihopalaoa is to have a Black Mage or Red Battlemage cast each of the negative status effects, but this is much more time consuming and difficult.

Setup your party members with a Gambit to target the Foe with the lowest HP. This will start them off targeting Judge Ghis – the Judge that you need to take down first. Have your

Judge Bergan and Judge Drace can both be stunned/nullified temporarily by hitting them with the Confuse status effect. The easiest way to do this is to equip your primary tank with the

Karkata one-handed Sword and having the tank hit Bergan and Drace once each. Make sure that no other party members attack them after that.

Have a Gambit setup to continue casting

Dispel on the Judges as this will keep Drace casting

Shock (which will devastate your party). An easy way to take down Judge Ghis early is to use a Quickening chain or to summon Zodiark. The quicker you get him down the better.

Once Judge Ghis has been defeated, use a

Remedy on Judge Drace again, which will Immobilize her, and then pull the battle as far away from her as you can. This will essentially remove her from the fight and you won’t have to

Dispel the other Judges to keep her from attacking. Just make sure that you occasionally run back over to her and use another

Remedy to keep her Immobilized. The second Judge that you should take out is Bergan (as Zargabaath and Gabranth will just heal one another). Judge Bergan does a very heavy amount of damage and the battle will become significantly easier once he has been defeated.

Don’t be afraid to use

Shear once you get through the initial onslaught and once you have defeated one or two of the Judges. Once you have the battle under control, it does take a fair amount of time to burn through the other Judge’s HP, so go back to your normal strategy from there.

Congratulations! You have completed the most difficult fight in Final Fantasy XII!

You will now have access to 'New Game-' mode which causes characters to never level up, making the game much more difficult.

The Imperator Trophy is automatically obtained after you have completed the last trial. 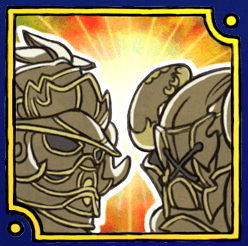