The Hunt for Roblon becomes available after you complete the events at the Stilshrine of Miriam and defeat Judge Bergan at Mt Bur-Omisace. It is more commonly completed once one reaches Balfonheim Port as the Mark is fairly difficult to defeat.

The petitioner for this Hunt is Morgen. Warp to the Nalbina Fortress; Morgan is sitting on a crate in the northern section of the West Ward. 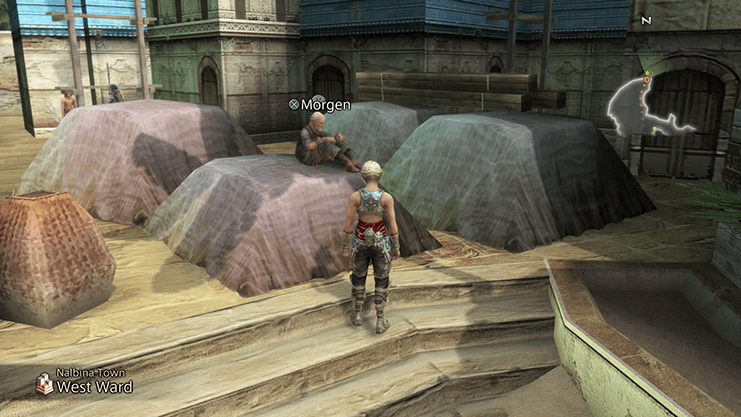 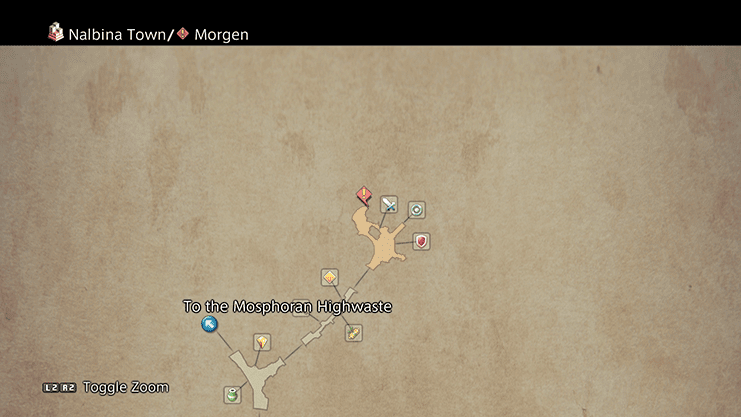 Warp to the Salikawood which will land you in the Quietened Trace. You will have to travel through the Grand Bower next, which may contain an optional boss named King Bomb, if you have not done so already. More details on how to defeat King Bomb are available on the Salikawood walkthrough page – click on the link for more details.

Travel north into the Piebald Path and north again into Nabreus Deadlands. You start off in the Greencrag zone. Go north into the Muted Scarp to find a Save Crystal. You should also talk to Ma’kleou (listed as Quiet Nu Mou when you first approach it). Make sure you select all of the available options as this is part of the Three Medallions side quest. Head east into the Vale of Lingering Sorrow. 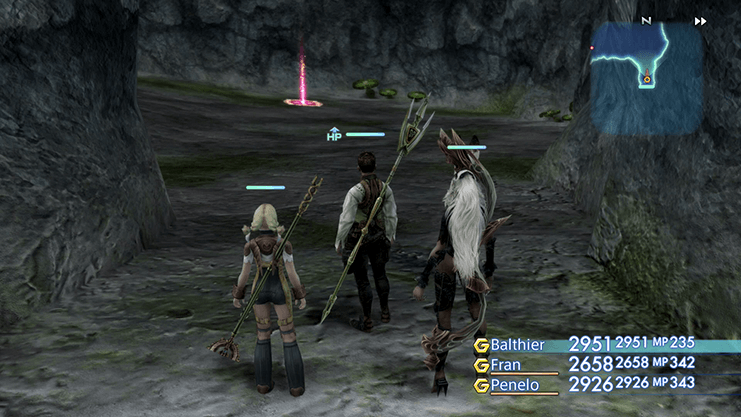 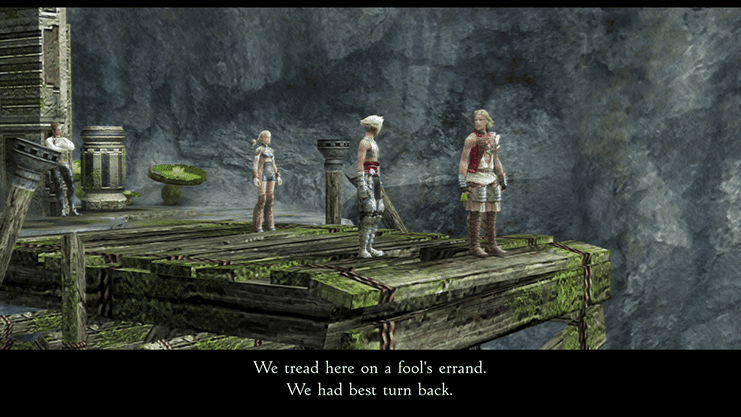 Go to the northwest section of this zone to find the map of the Nabreus Deadlands. Continue north into Hope’s Reach, east into the Slumbermead and north again into the Succor Midst Sorrow. The Save Crystal is actually a Crystalbug; defeat it and use the Save Crystal to save your game. 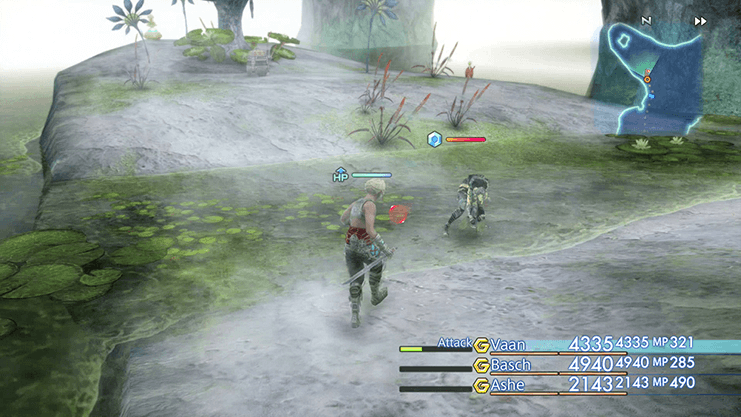 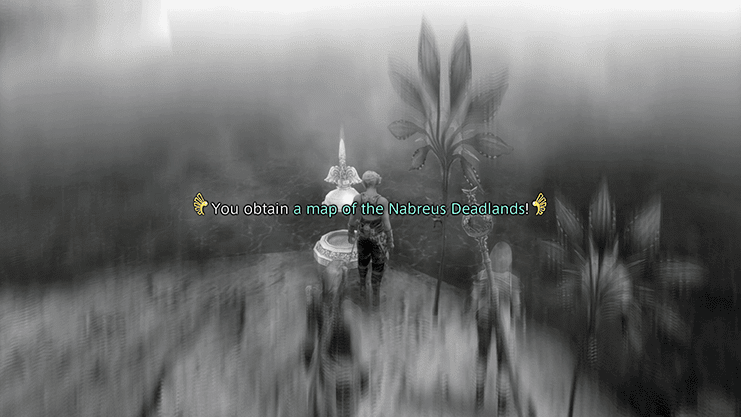 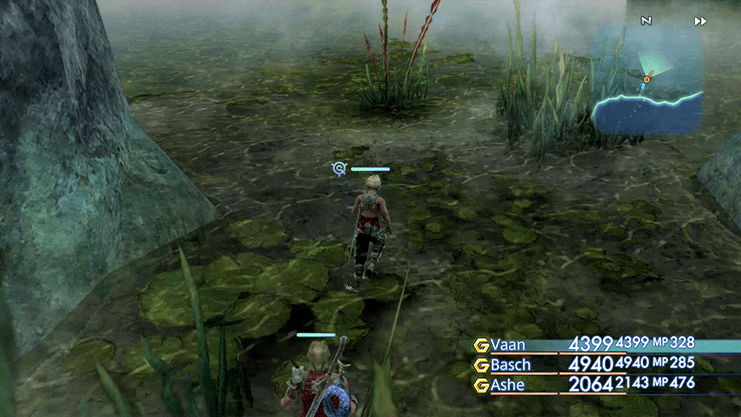 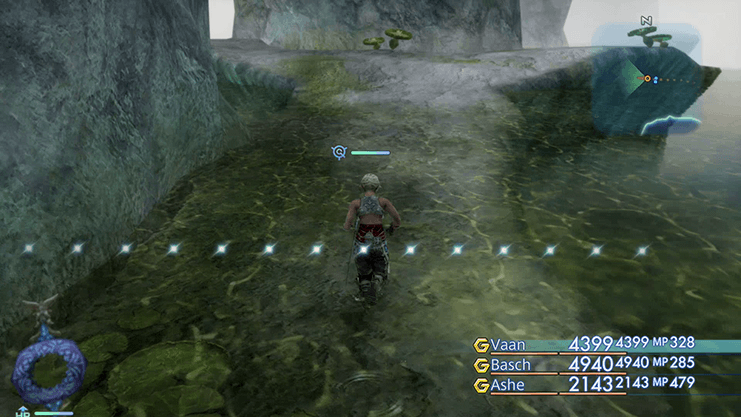 Continue through The Fog Mutters until you reach Overlooking Eternity. This is where you will find Roblon; at the top of the pathway. The most difficult aspect of the fight is dealing with any additional enemies that join in the fight, so clear out as many of the Dead Bones enemies as you can before engaging Roblon. You can get fairly close to it before it attacks you. 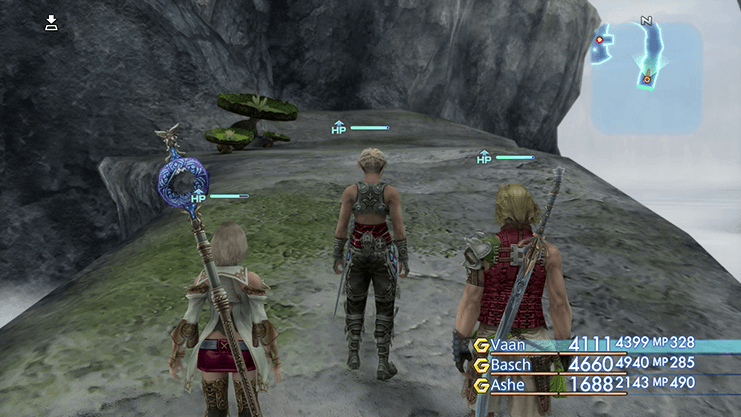 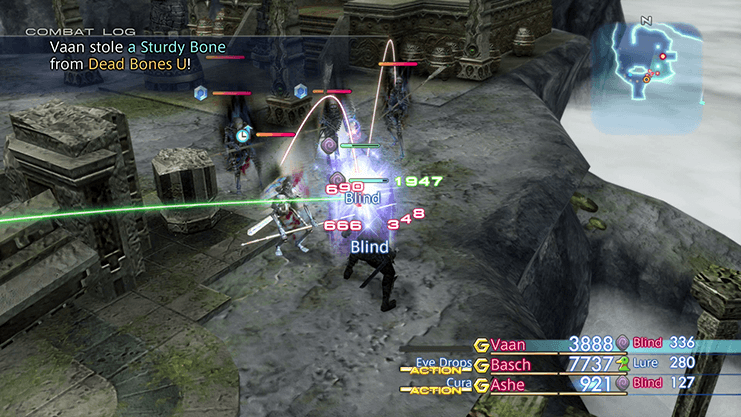 As mentioned above, the most difficult aspect of this fight is dealing with the Dead Bones enemies that join in during the middle of battle. They spawn all over the Overlooking Eternity zone and they respawn quickly, which means that you will have to deal with some joining in during the fight no matter how many of them are cleared out beforehand. 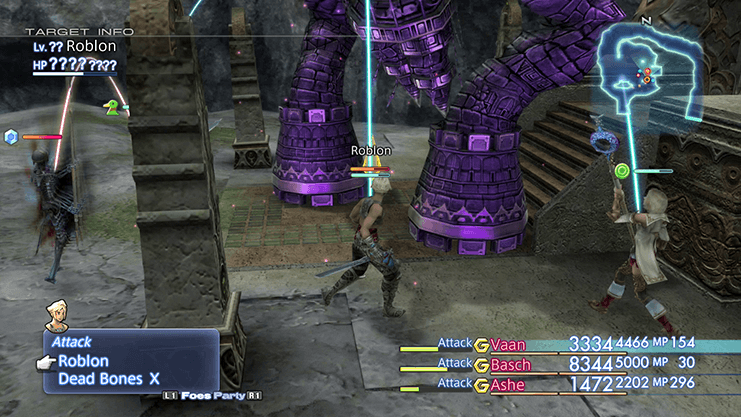 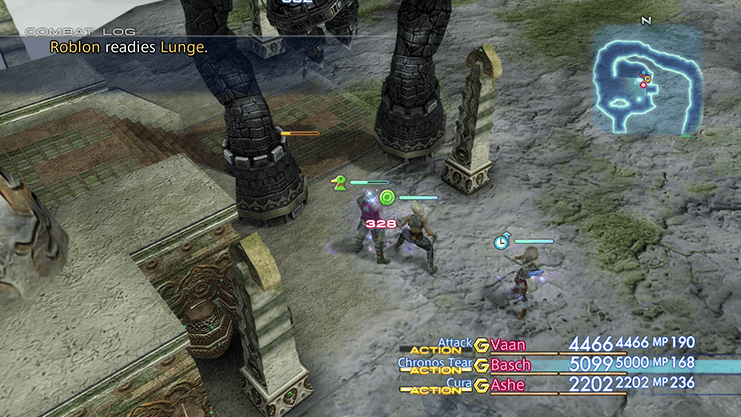 Roblon’s attacks are fairly standard. He will attack with regular physical attacks, Fire-based magick and a move called Fear which will drain “a massive amount of MP”. This fight tends to be about staying alive without running out of MP and without being overrun by Dead Bones enemies as they join in the fray.

Roblon can be inflicted with the

Blind status. Set up a Gambit to use Blind on Roblon and it will greatly reduce the amount of damage done. It’s Defense and Attack Power will increase once it drops to a critical amount of HP. Don’t be afraid to come back to this fight if you’re having trouble defeating it. It becomes much easier with Reddas in your party (once you reach the second visit to the Port of Balfonheim).

A video is included below which illustrates one way of defeating him in the original version:

Return to Morgan at the Nalbina Fortress in the West Ward to claim your rewards which include 3,100 gil, a

Note that this Hunt is one of the five Hunts involved in the Jovy side quest. Click on the following link to return to the Balfonheim Port section of the strategy guide.