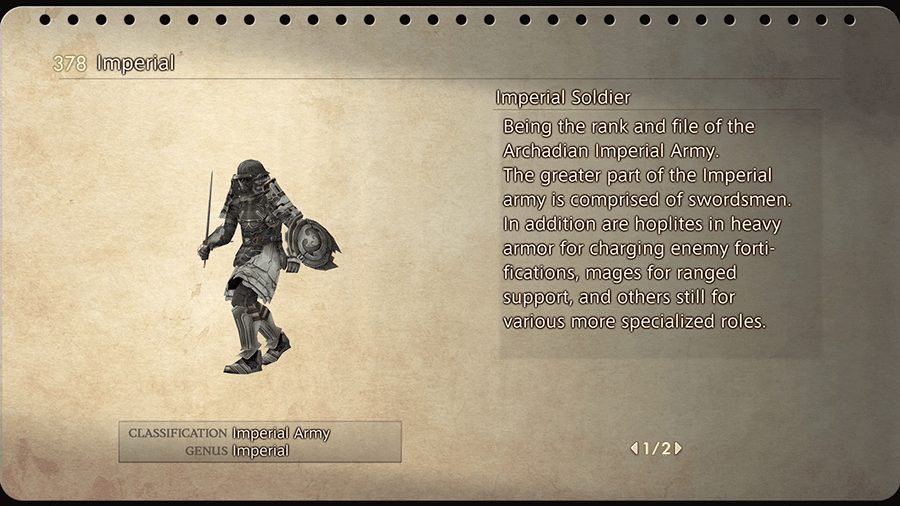 Imperial Soldier:
“Being the rank and file of the Archadian Imperial Army. The greater part of the Imperial army is compromised of swordsmen. In addition are hoplites in heavy armor for charging enemy fortifications, mages for ranged support, and others still for various more specialized roles.”

Mastiff:
“Dogs specially trained for battle. Their ability to follow commands and unswerving loyalty make them a vital part of the Imperial war machine. Training takes place at the hands of skilled ‘beast tamers’, with a mastiff usually requiring two to three years before it is ready to see combat.”