The team will board the airship as they make their escape from Home. 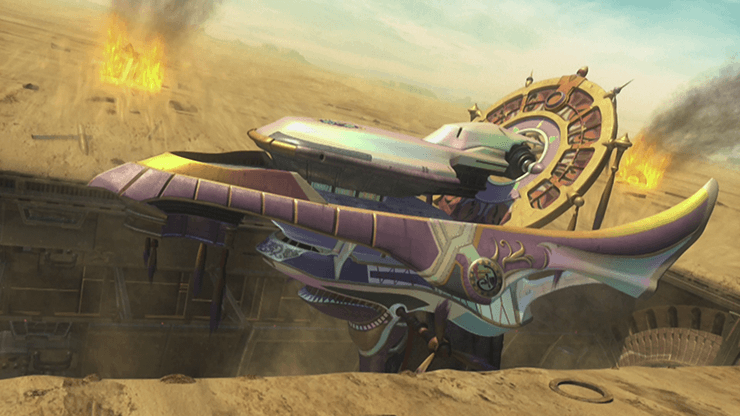 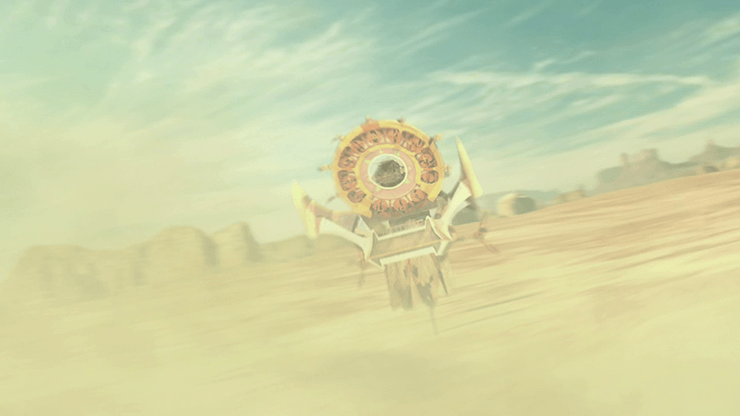 Tidus and Cid will talk on the bridge of the Airship. Cid will confront Tidus and the team about their plans to take Yuna to Zanarkand. He will reveal that he doesn’t actually know where she but will agree to help them find her.

The Airship will lift off and make its escape from Home. Cid will give the command to take out home using the Airship’s arsenal of weapons. You will regain control of Tidus aboard the bridge of the Airship.

Speak to Cid and Tidus will ask if he has any information about Yuna’s whereabouts. Cid will explain that he doesn’t actually know how the Airship is capable of maintaining flight.

It’s now time to explore the Airship. Save your game at the Save Sphere and then leave the bridge by heading south (towards the corridor). 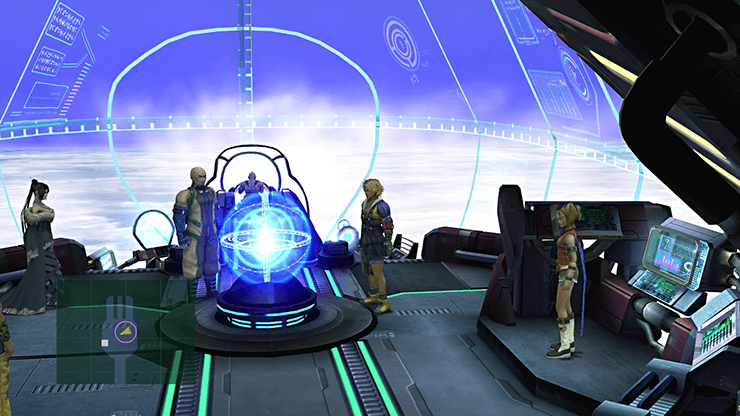 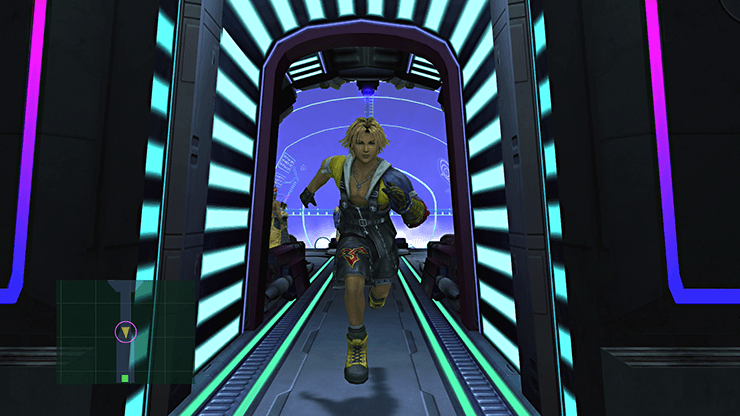 Speak to Isaaru in the Airship Corridor. Isaaru will explain how summoners have already made peace with their fate. Head back through the doorway on the left that you came through to initiate a cutscene involving Auron and Cid discussing Yuna’s pilgrimage. 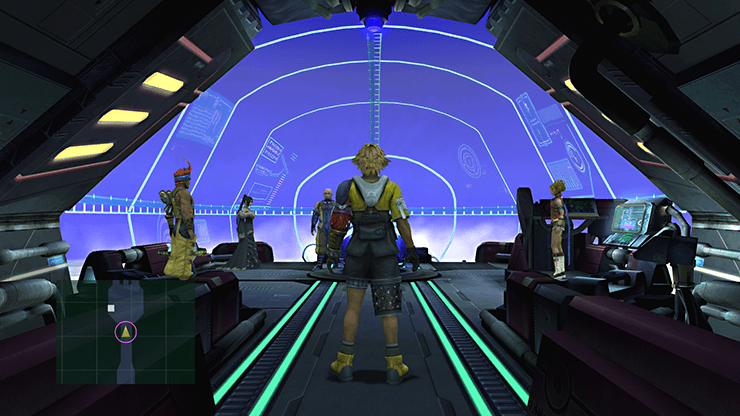 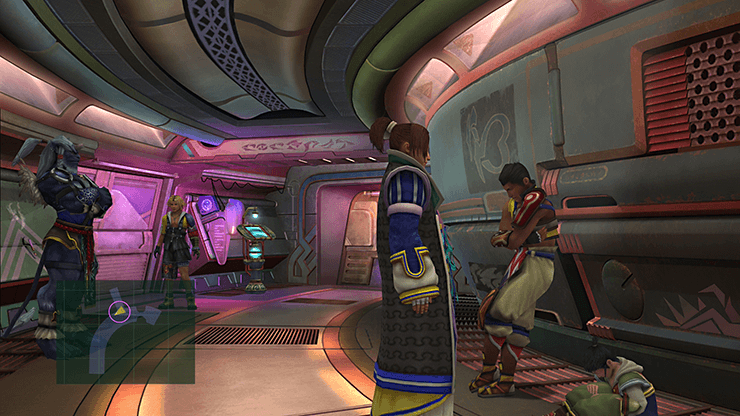 Turn around and go all the way to the back of the ship, past Isaaru and his guardians, and speak with Rin. He will sell you items, weapons and armor if you need to make any purchases.

His weapons and armor are fairly generic but you may want to purchase some of them if any of your characters are stuck wearing element-specific armor that you randomly picked up along the way.

Go south from where Rin is standing and go through the doorway on the left side of the hall. You will find Dona lying on the ground. Speak to her and she will ask you:

“What would you think if I said I…I was giving up my pilgrimage?” 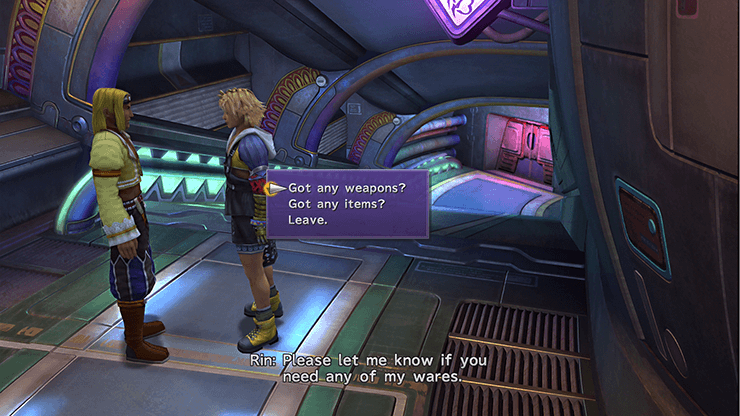 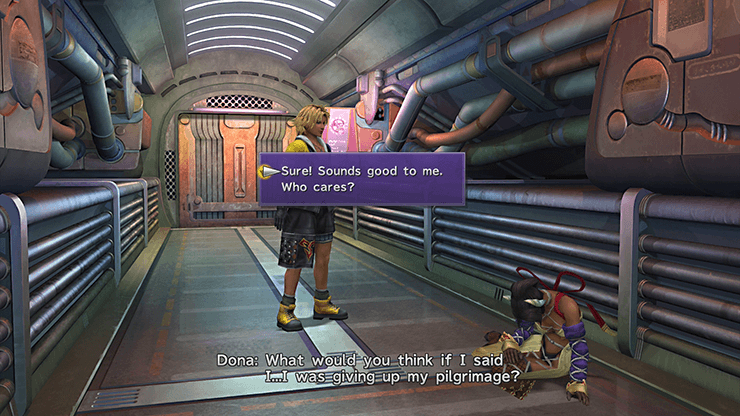 If you answer “Sure! Sounds good to me.” Dona will give up her pilgrimage and will be found outside of Djose Temple after this section of the story. If you select “Who cares?” you will meet her in Zanarkand and she will continue her journey. The answer you give will have no other impact aside from where Dona will be found later in the game.

Return to the Bridge of the Airship to continue and speak with Brother up at the helm.

Yuna has been located in the Palace of St. Bevelle. Cid will explain that the defenses around the city are “top-notch”. They will agree to charge in to the city head on. It’s now time to “prepare for battle”. Exit the Bridge back into the Corridor. 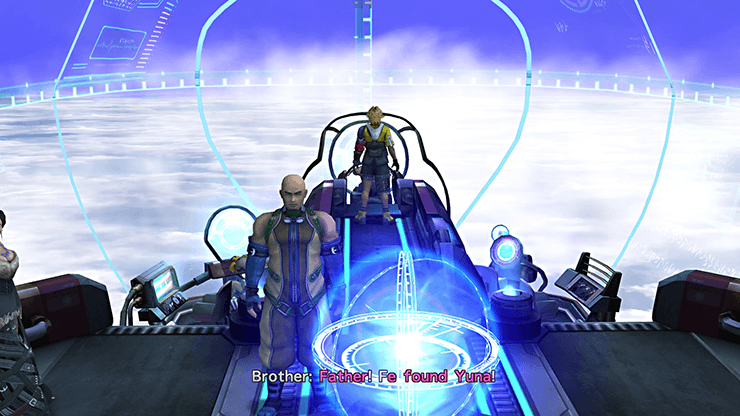 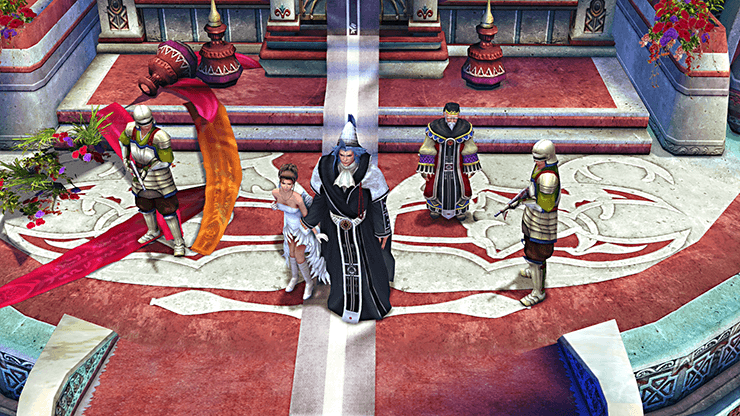 You may encounter fiends as you go through the Airship this time. Continue down the hallway past Isaaru and past Rin. You may want to save at the Save Sphere as you have a boss battle coming up.

This next boss battle against Evrae is one of the most troublesome and difficult boss in the game for most players. It may be easier depending on how much you’ve leveled your characters, your play style, skill level, etc. but suffice it to say, the difficulty of this boss warrants making extra preparations. 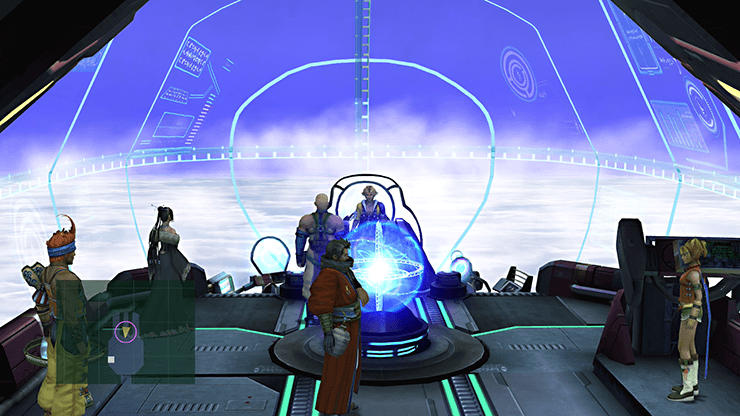 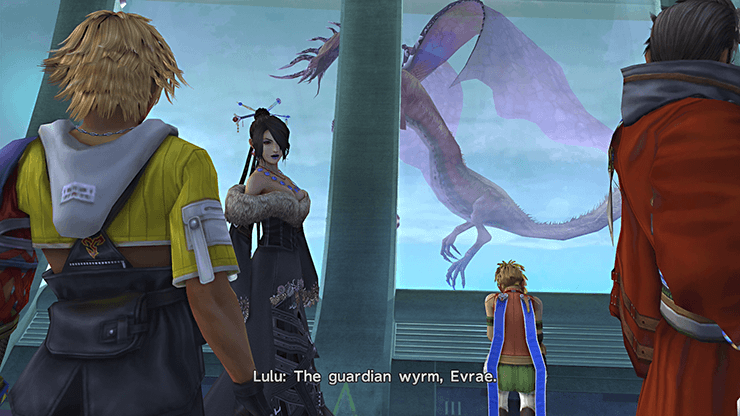 If you have any armor that has the

Stone Ward ability or the

Poison Ward ability you should equip it to your characters prior to the fight.

You may even wish to customize some of your current armor to add these abilities to them. Purchase 30

Stone Ward ability to any of the open slots on your armor. Purchase 30

Antidotes and customize armor to add the

Poison Ward ability to any of the open slots as well. Or do both if you have armor with two open slots!

Make sure that Wakka and Rikku are equipped and ready to go as they will be your most useful characters during this fight. You can also use Lulu if she is one of your higher leveled characters.

When you reach the last room with the Save Sphere, speak to the Al Bhed on the left side of the screen to obtain four 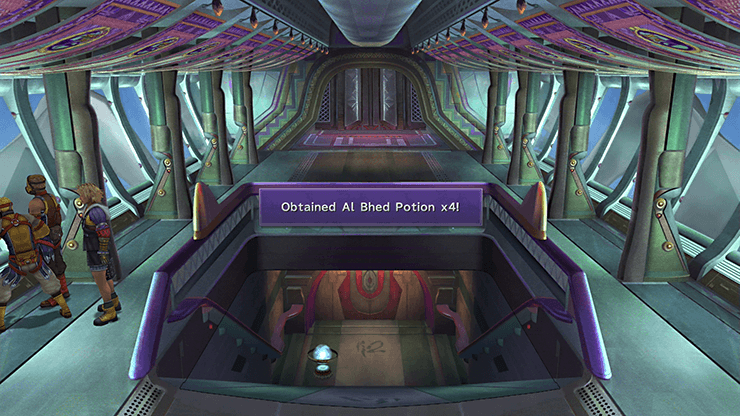 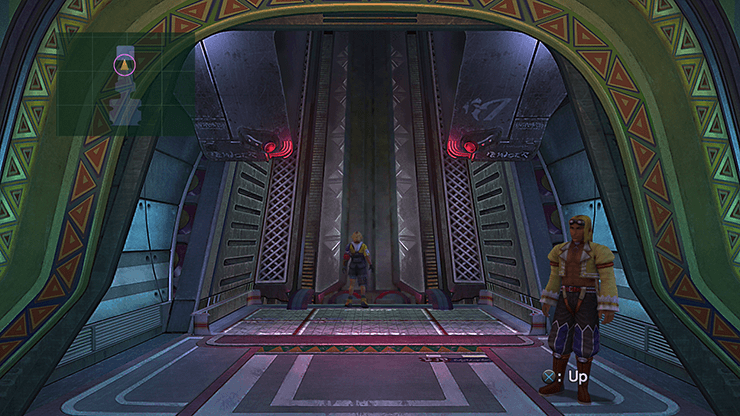 Continue through the gates at the back of the room to initiate the battle.

The mechanics of the fight:
Evrae is a flying wyrm that is fought on the outside of the Airship, Fahrenheit, as you are entering Bevelle. You will be able to issue commands to Cid throughout the fight and you can use his turn to either move the ship closer to Evrae or move the ship further away.

When Evrae is close to the ship it will be able to use its “Stone Gaze” attack which could potentially apply the ‘Petrification’ status effect to your characters. It can also use its “Poison Breath” attack which could potentially apply the Poison status effect. Prepare your characters in advance by equipping armor that nullifies or reduces the chances of these statuses taking effect (listed above).

Cid will be able to use the ships Guided Missiles (Salvos) to do damage to Evrae while it is far away. He can use these attacks a maximum of 3 times and will use them automatically when you are distanced from Evrae. 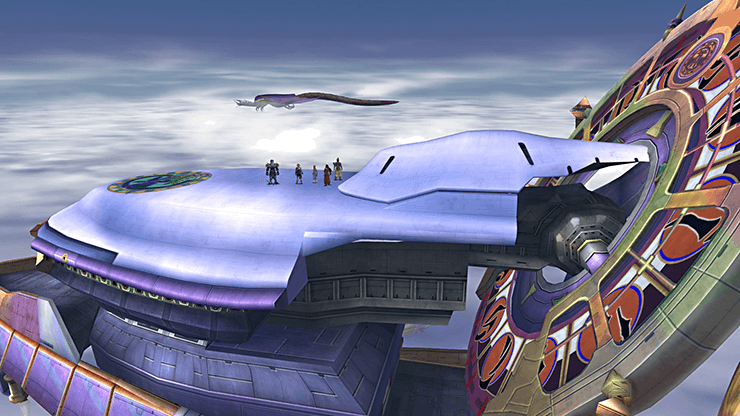 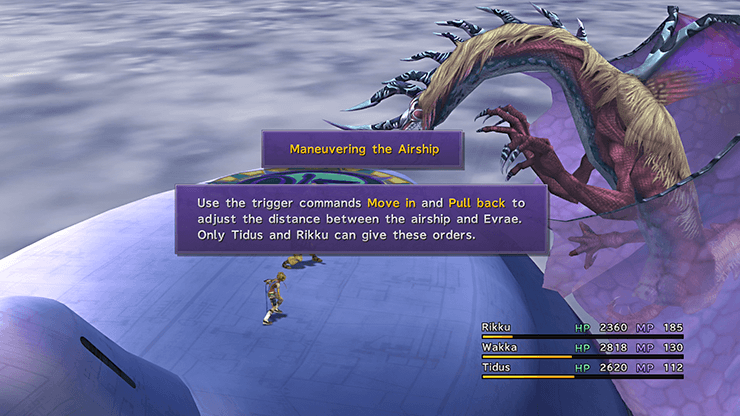 The strategy:
Start off the fight by moving the ship away from Evrae. Have Tidus use

Cheer to build up the team’s Strength and Defensive stats. Cheer can be used and stacked a maximum of five times and there will be more than enough time to do this while the ship is far away from Evrae. Have Wakka continue to attack throughout the fight as he can reach Evrae no matter what distance there is between Evrae and the ship.

Evrae’s attacks are fairly weak from a distance so you can pull away from Evrae any time you need to recharge. Pulling away will also allow Cid to do some serious damage using the Guided Missile attacks from Fahrenheit.

Al Bhed Potions with her

Use command to heal the team and to remove any Poison or Petrification status effects. You should also use her Overdrive, Mix, to cast Mighty G or Super Mighty G. Check out Rikku’s Overdrive section for more information on which items you can use to cast these spells.

Rikku is your best healer for this fight so your party should nearly always consist of Wakka, Rikku and Tidus, potentially swapping out Tidus for Lulu for extra damage.

Slowaga on Evrae to get in more attacks and make the battle a little bit easier. Just be aware that once Evrae reaches 1/3 of its health it will automatically begin casting 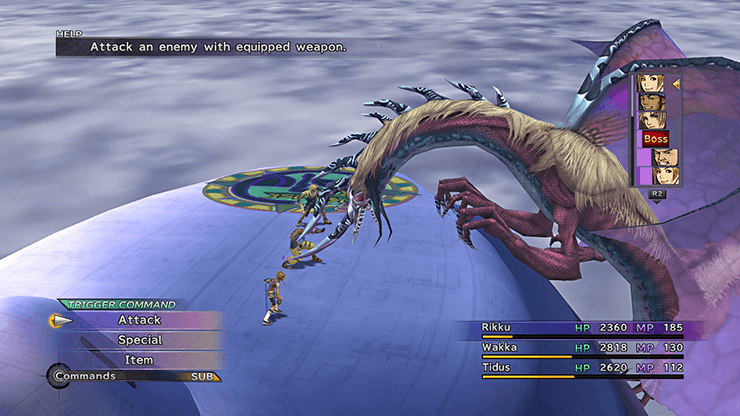 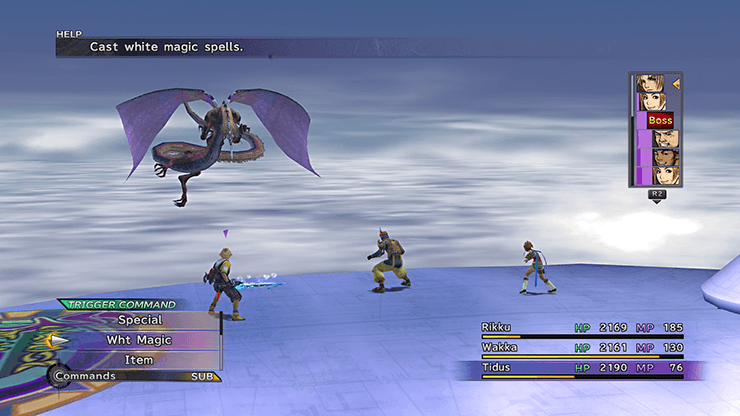 Cheer ability will make Wakka’s standard attacks very effective at dealing damage to Evrae. Just keep hammering away until you defeat it.

The team will reach Bevelle at the end of the fight. 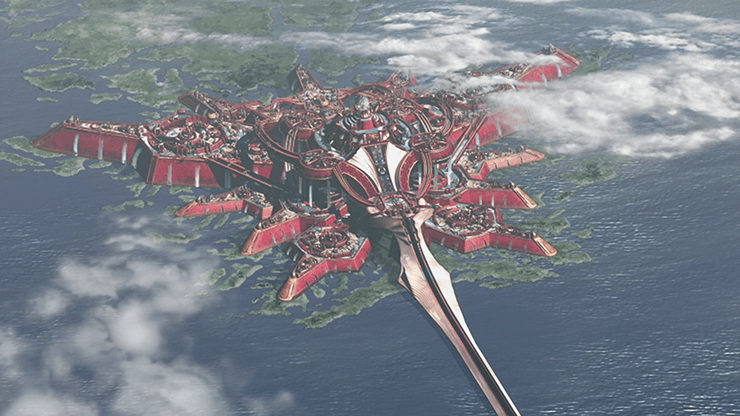 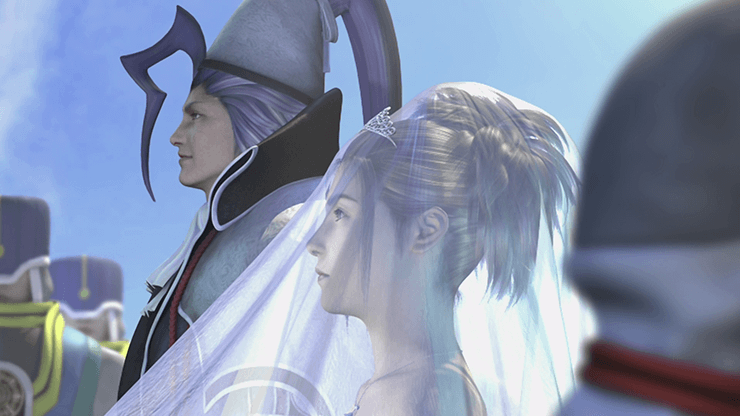 It’s time to interrupt some nuptials! The next portion of the game involves the raid on Bevelle. 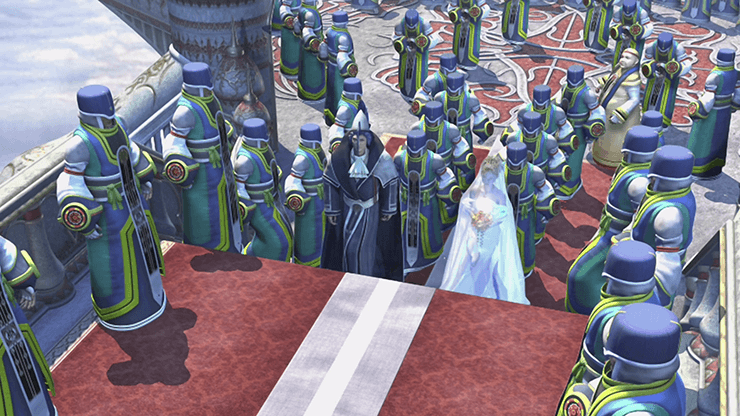 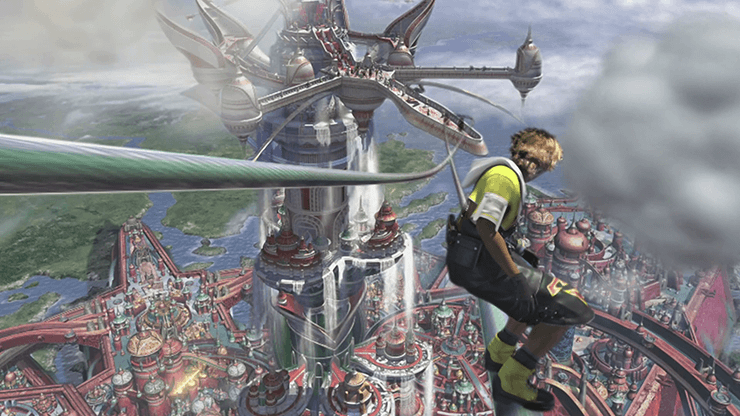