The S.S. Winno is the second boat that you travel on; the first ship was called the S.S. Liki. Click on the link to go to that section of the strategy guide. 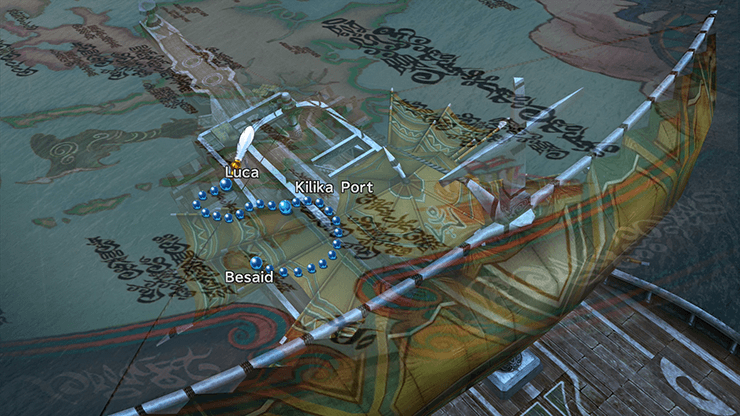 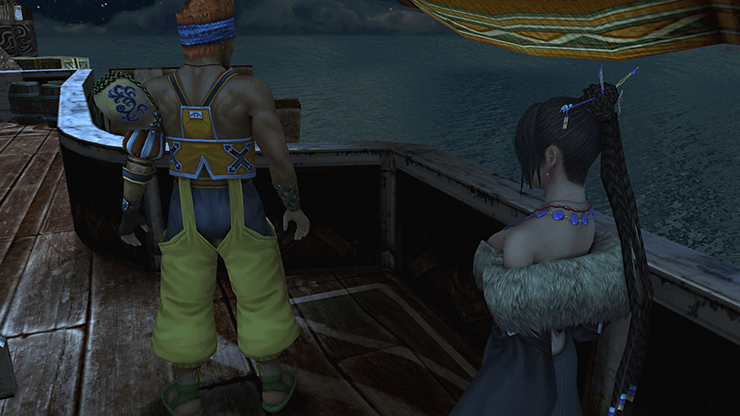 Tidus will start off in one of the rooms in the lower decks of the ship. Grab the treasure chest at the back of the room to pick up a

Hi-Potion and then leave the room. 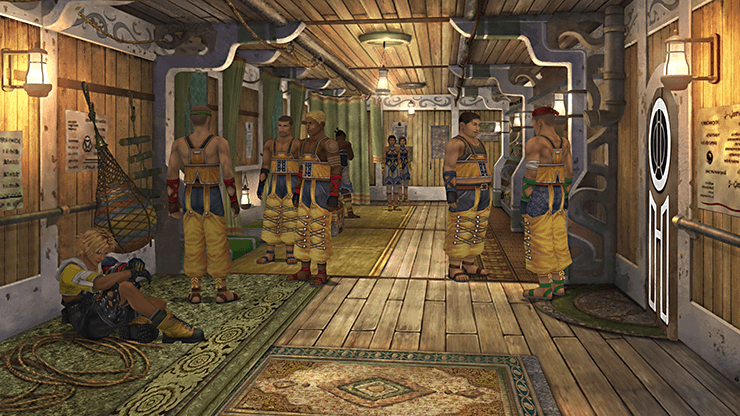 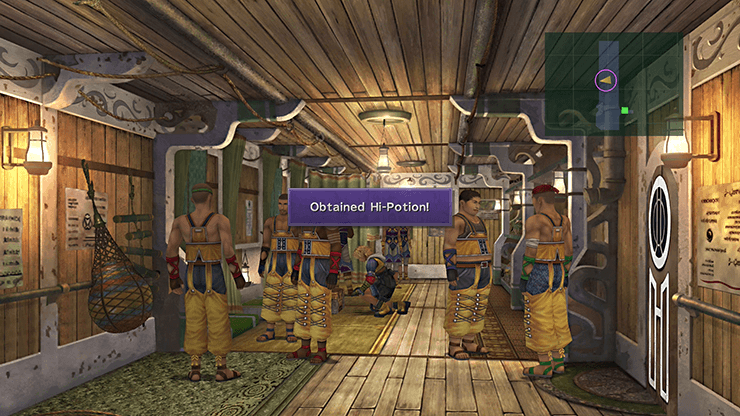 O’aka XXIII can be found in this area of the boat again. You should have more gil now than when you last encountered him. Take this opportunity to donate additional gil to him if you can afford it. Check out the O’aka XXIII side quest section for additional details.

Take the stairs up to the deck and go through the door on the left to enter the Bridge of the ship. Search the area just behind the captains wheel to find an 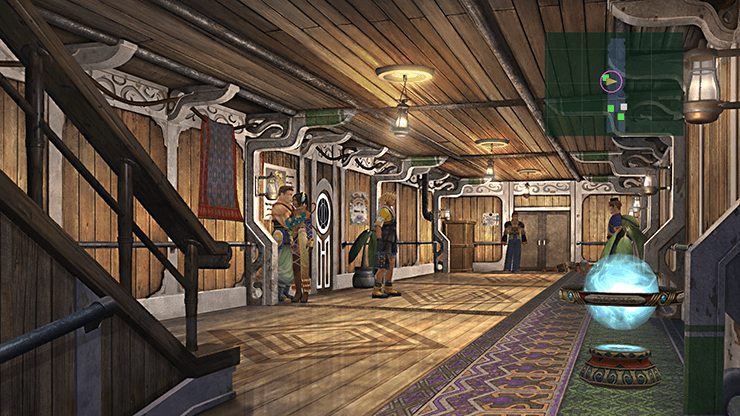 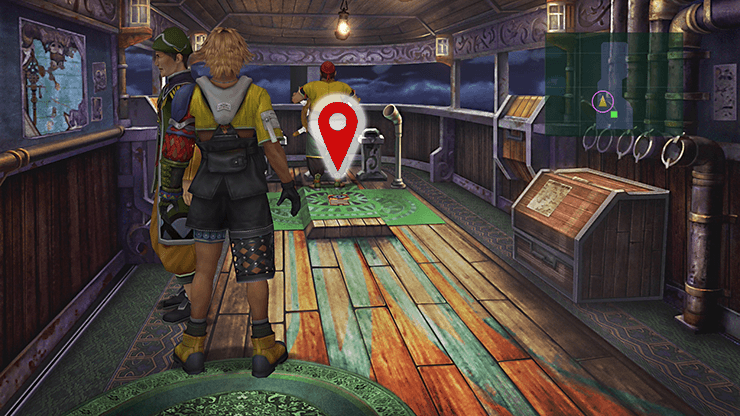 Head to the back of the boat for a cutscene involving the Luca Goers and Yuna. They will take a few more shots at Tidus, telling him that there’s no way that he or the Besaid Aurochs will win the Blitzball Cup. Talk to Yuna after the Goers leave to have Tidus and Yuna continue their conversation.

Go up the stairs afterwards and eavesdrop on the conversation between Lulu and Wakka. Following that, you should head back to the front of the ship. Go near the Blitzball sitting in the middle of the deck to initiate a mini-game. 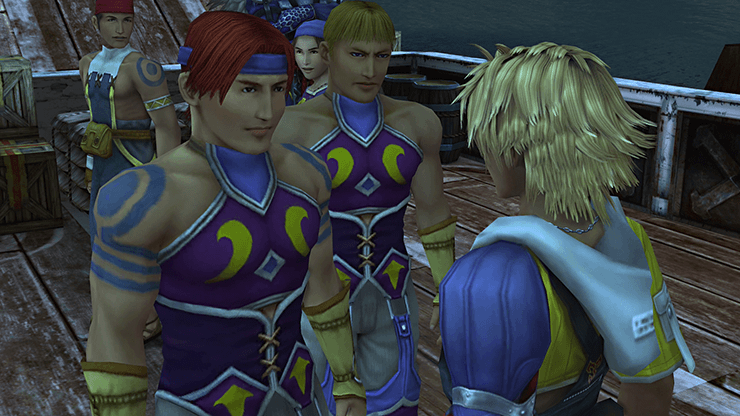 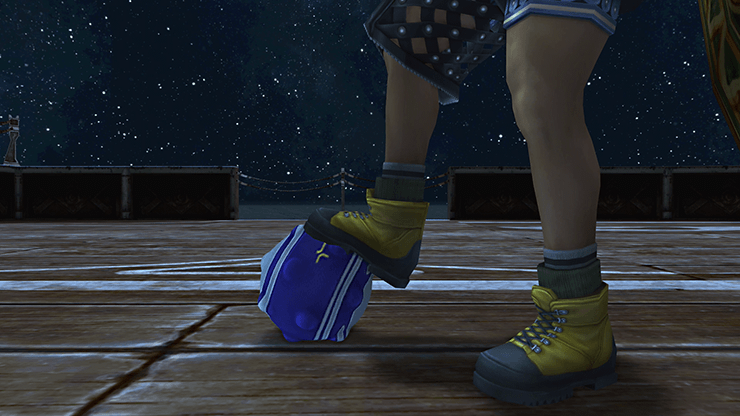 This mini-game provides you with an opportunity to obtain the Jecht Shot ability for Tidus which is a great move to have in his arsenal for later on during Blitzball games and tournaments.

The Jecht Shot Challenge will begin after a short cutscene involving Tidus and Jecht in the past. You will have the option to participate in a practice mode which will teach you how to complete the mini-game.

You have to press the 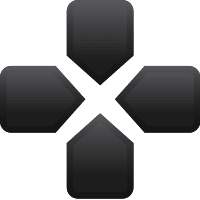 Directional Pad Buttons as well as

Button depending on where the prompt appears on the screen. 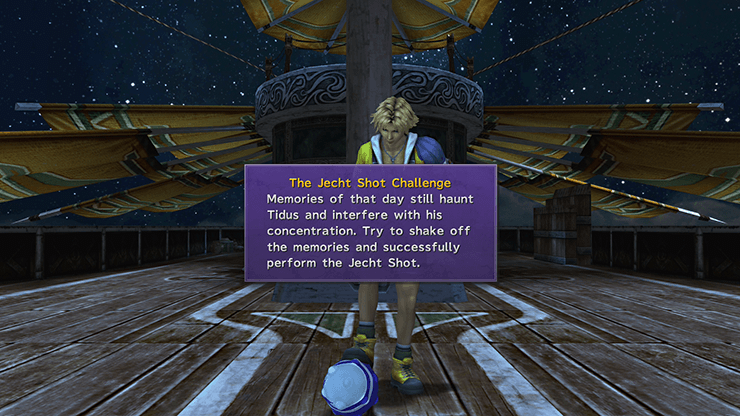 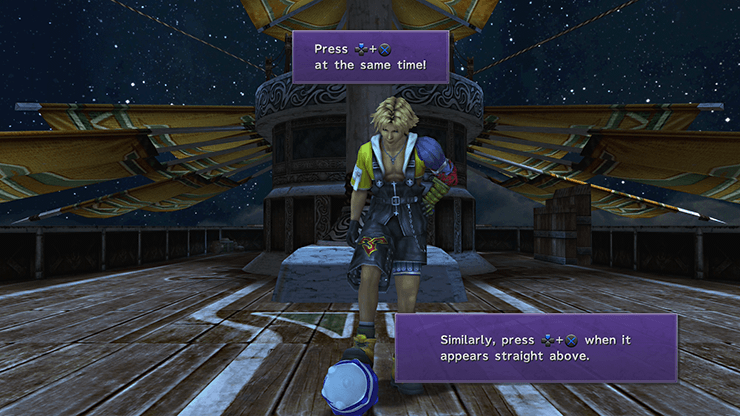 During the practice round there will be little boxes showing you what to press (as shown above). During the actual mini-game, the buttons that you need to press will correspond to where the text appears on the screen (what the game refers to as a ‘memory’). This can be a bit confusing the first time you see it. It can be seen in the screenshots below. 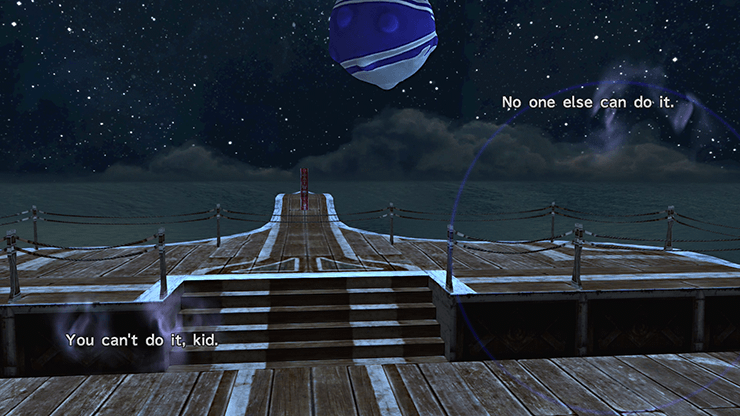 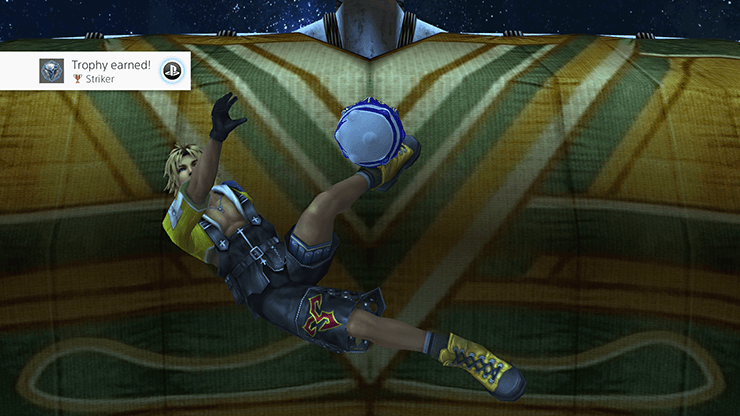 Be prepared so that the prompts don’t catch you off guard. This is a mini-game that you may need to attempt a few times if you fail at it in order to ensure that you get the Jecht Shot. Obtaining this move is critical especially if you plan on investing some time into Blitzball later on in the game.

You will recieve the Striker Trophy trophy if you manage to successfully complete the Jecht Shot mini-game. You can always come back though and complete it later on if needed. 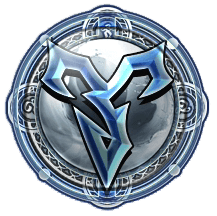 You can return to Kilika Island later on in the game to attempt this again if you mess it up.

The Besaid Aurochs will ask Tidus if he can show them how to do the Jecht Shot one more time. Talk to Yuna to initiate another cutscene. Yuna will tell Tidus that she had seen Tidus’ father, Sir Jecht, perform the move previously. 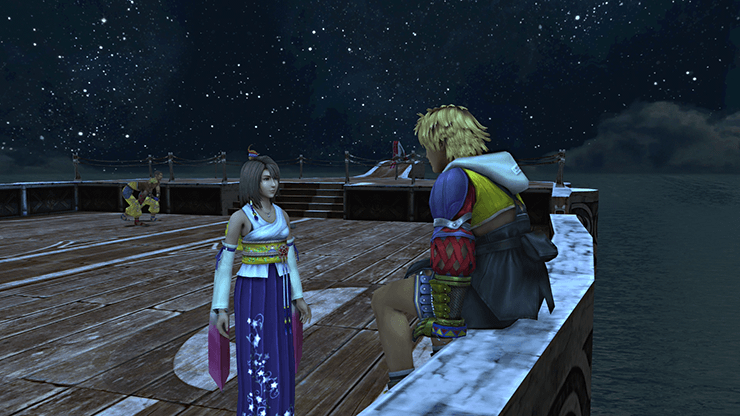 The game continues at the seaside town of Luca.