Get it? Liki… as in, leaky boat… anyways, talk to Wakka to initiate another cutscene.

Wakka will tell Tidus where they are headed: first Kilika and then Luca. Wakka’s hope is that Tidus will run in to someone that he knows during this journey. 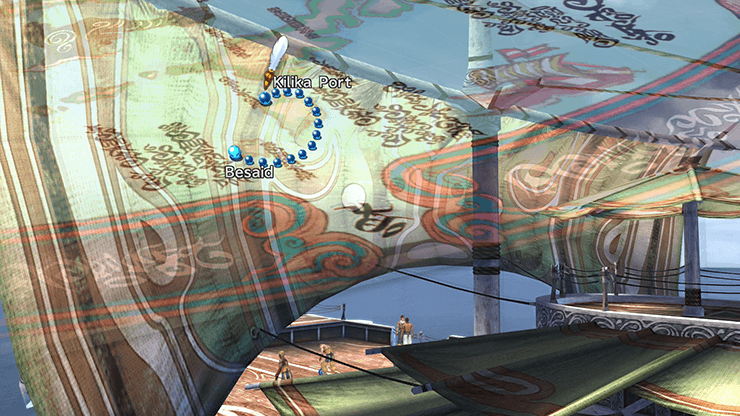 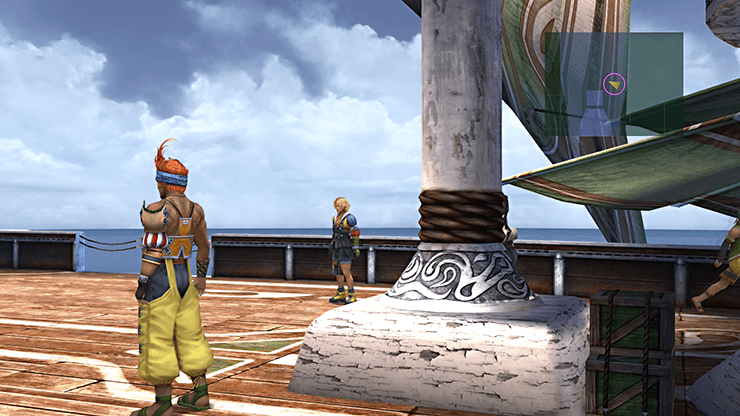 Make your way to the bottom level of the boat after you have spoken with Wakka. Down below you will meet O’aka XXIII, merchant extraordinaire!

He comes across as fairly rude during this first introduction. That being said, O’aka XXIII is your traveling salesman throughout the game and you can (and should) utilize his services to purchase items as you need them. 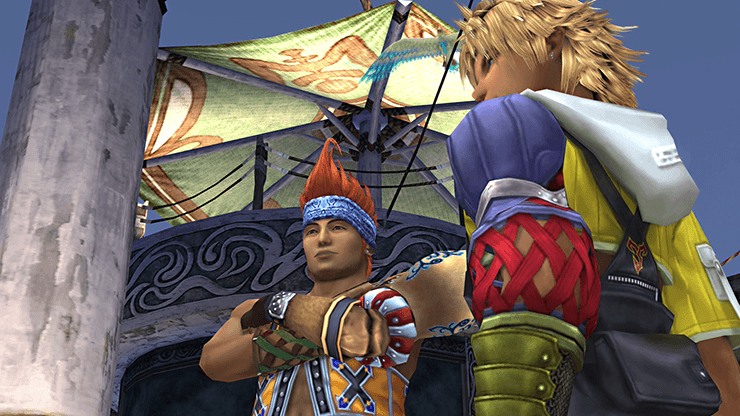 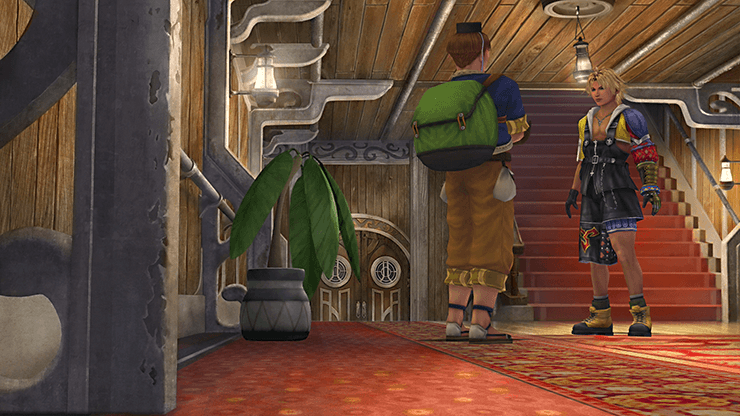 O’aka will request a donation of gil from you. The amount of gil you donate (if you choose to donate any at all) will reduce the prices of his items later on in the game according to the following schedule:

The recommended option at this point is to donate 1,001 gil to him as he does have items which you will want to purchase later on. Aside from that, you don’t really need your gil at this point in the game anyway. You will have a few more chances to donate to him later if you’d prefer to hold on to your gil for now.

Check out the O’aka XXIII side quest section for additional details.

Potions. Once you have a total of twenty in your inventory you won’t receive anymore from kicking the suitcase. 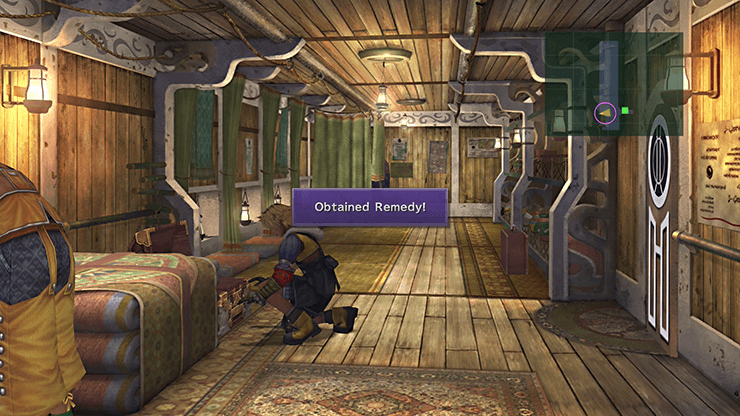 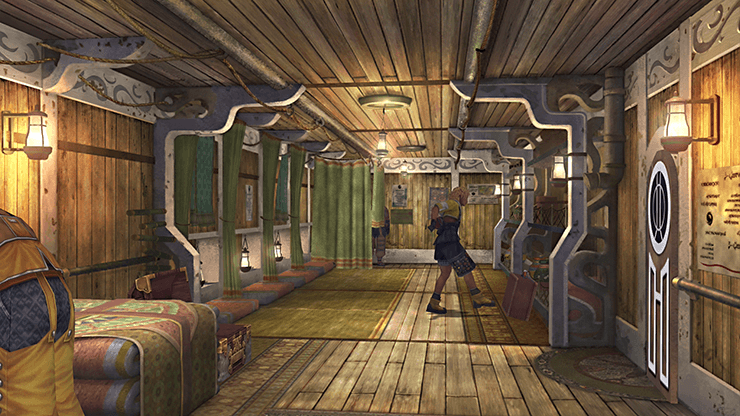 Enter the “Power Room” right beside O’aka XXIII. You’ll find some Chocobos inside the room and the crew member inside will make fun of you for having never seen a Chocobo before. What’s more important though is that there is an

Al Bhed Primer (Vol. III) in the bottom-right section of the screen. 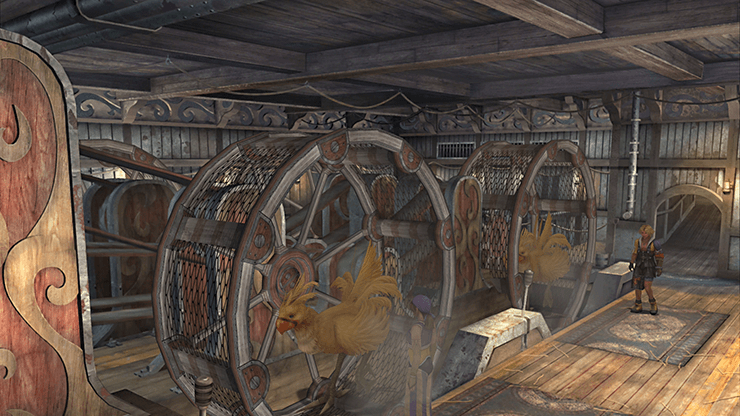 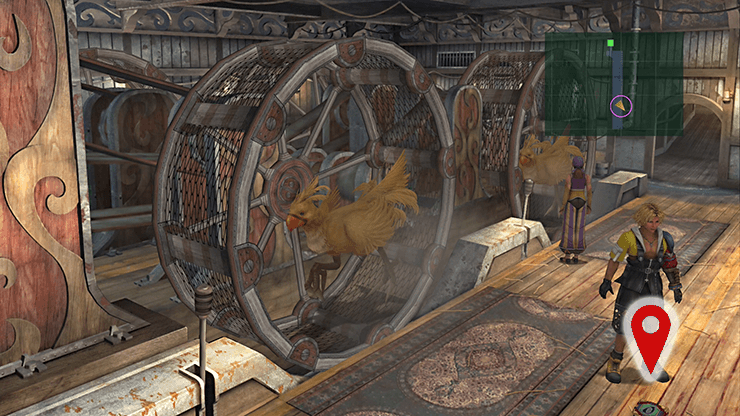 Go back up to the deck and wander over to Yuna. Tidus will overhear the crowd talking about Lord Braska. Speak to Wakka after that. Wakka will tell Tidus that Yuna is the daughter of High Summoner Braska who defeated Sin ten years ago.

The crowd around Yuna will disperse after Wakka and him chat. Go over and talk to Yuna next. 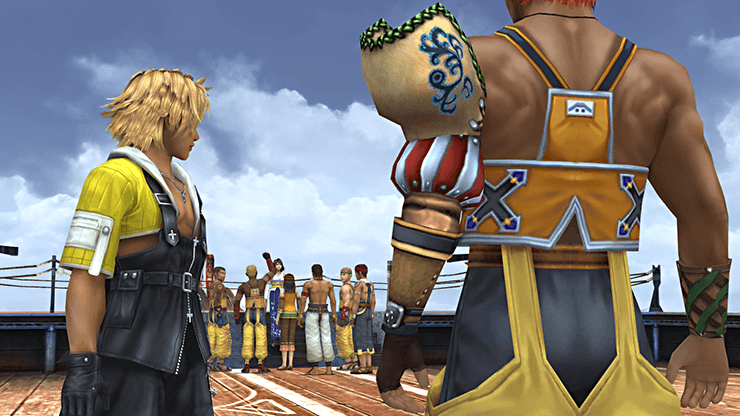 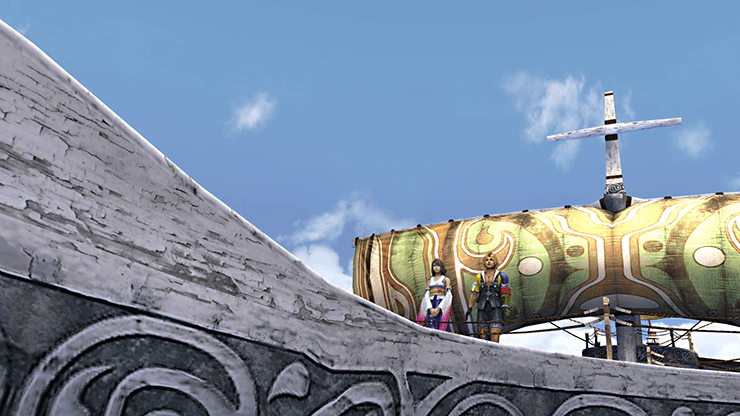 Tidus and Yuna will be interrupted when the ship is attacked by Sin. A bunch of Sinscales, similar to the ones fought earlier in the game, will attack the ship.

The Sinscales are fairly easy to defeat. You can also change your party members if you would like to at any time by pressing the

Button during the battle.

You will be given the option to begin attacking Sin’s fin directly after you have defeated a few Sinscales. Because of the distance factor, only Lulu, Wakka and Kimahri (using his

Lancet ability) are capable of hitting the fin, which means it would be a good idea to have all three of them in your party if you can manage. 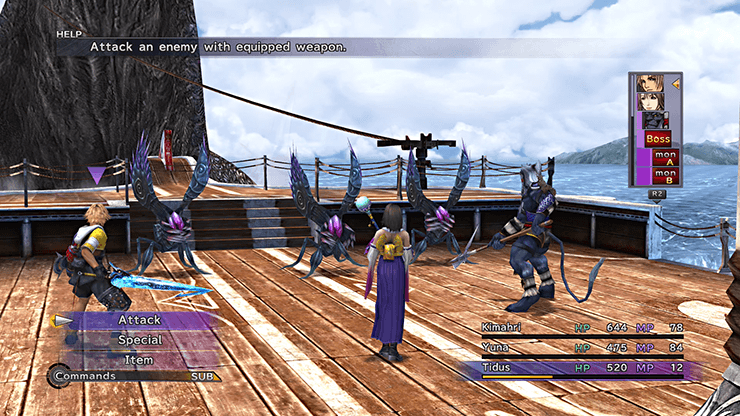 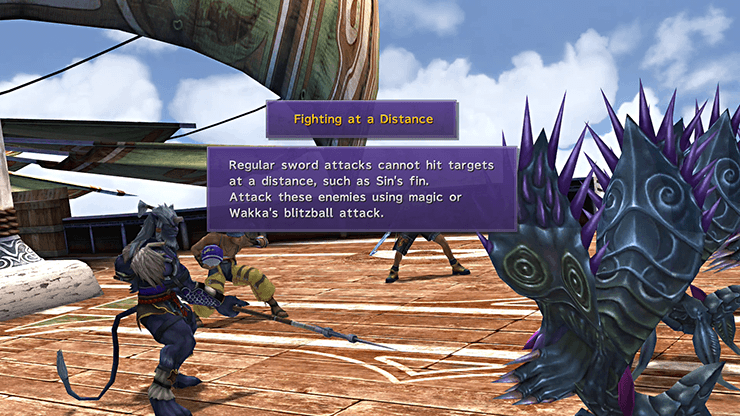 Sin’s movement from side to side has no impact on the battle which will end after you deal 2,000 damage to the fin directly.

Tidus will be swept up into the water and Wakka will jump into the water to save him. The two will then be ambushed by Sinspawn Echuilles whilst underwater. This is the next boss battle.

Defeating any of the Sinscales will just cause new ones to spawn in their place. Focus all of your attacks directly on Sinspawn Echuilles. 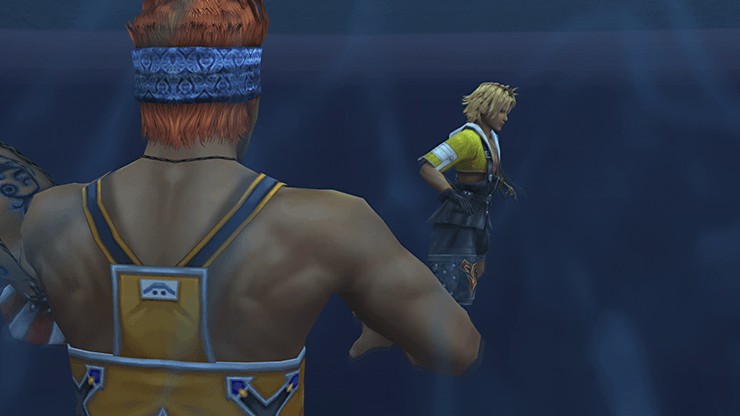 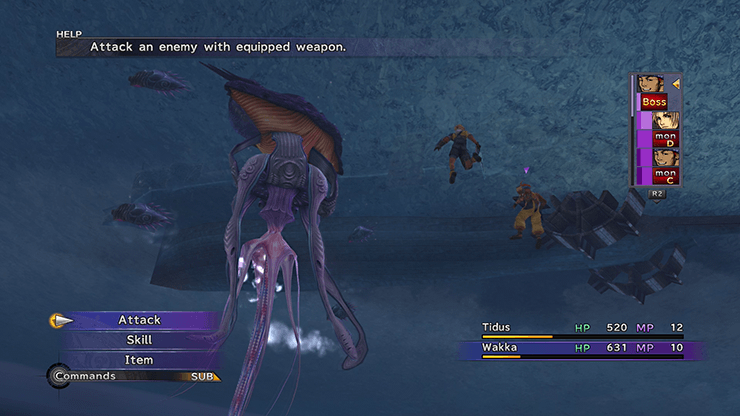 Start off by using Tidus’

Cheer ability to raise his attack power and defensive power which will reduce the amount of time you will have to spend healing your party members. You can also use Wakka’s

Dark Attack skill to blind Sinspawn which will make the battle much easier.

Aside from those two tactics this battle is fairly straight forward. Continue attacking until the battle is over.

After the battle, Sin will make its escape and will make its way towards the town of Kilika. The town is nearly destroyed as Sin works its way through the area. 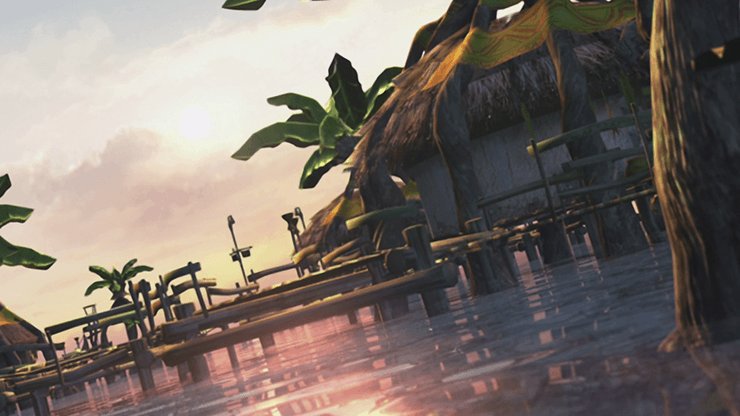 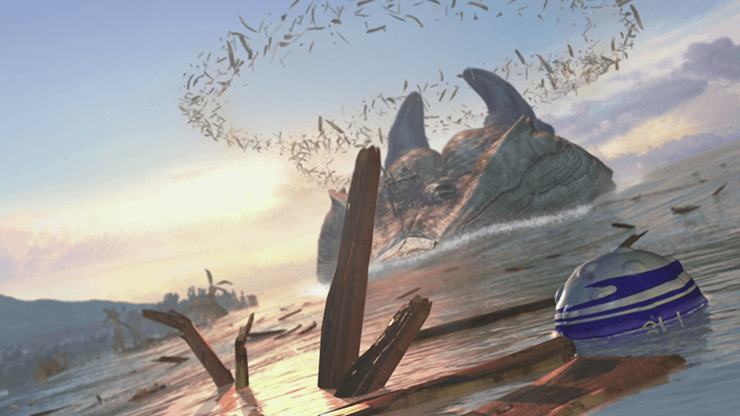 Following the destruction, the S.S. Liki will arrive in what remains of the town of Kilika.