“District on the outskirts of Archades. With the transfer of governance to the Imperial system, a new city was created, the existing city blocks now belonging to the old quarter.

At the time, the underprivileged lived here along with nobles who had lost power with the rise of the Empire, while those with power lived in the new city. Now, several centuries later, little has changed. The residents of the old quarter are largely itinerants and those others outside the protection of Imperial law.

Unlike the new city where buildings tower towards the sky, the old city remains brick and stone. Everything feels neglected, abandoned to a fate of slow decay. With officials less than inclined to worry about the old quarter’s governance, little or no effort has ever been made to revitalize the area.”


Note: You will need to pay 4,000 gil to a Non-Playable Character in part of the story coming up. Make sure that you save enough gil if you decide to spend any at the shops in this area or return to the Sochen Cave Palace and battle some enemies for loot to sell if you’re running low. 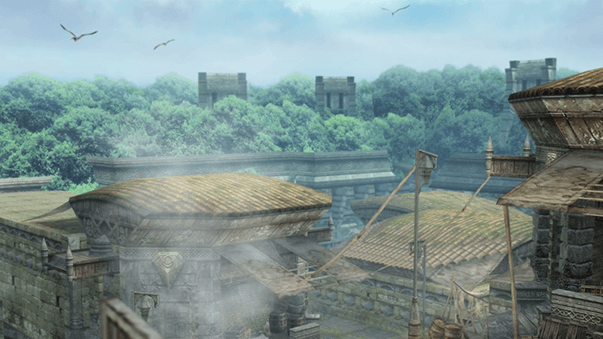 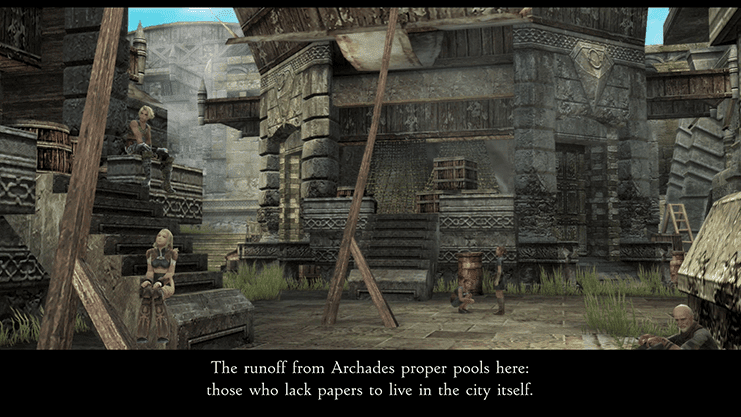 Vaan will comment on the smell of the area and Balthier will explain that Old Archades is where the runoff from Archades proper reaches. Both Old Archades and actual Archades, when you reach it, are unique in that all of the NPCs (Non-Playable Characters) and townsfolk are referred to as “Archadian Vulgar” or “Proper Gent” until you speak to them. Their name changes to something more unique, such as “Stairbottom Elder” or “Ex-Broker”, after you speak to them.

Speak to all of the townsfolk as you pass so that you can see their names; this will make an upcoming mini-quest much easier. 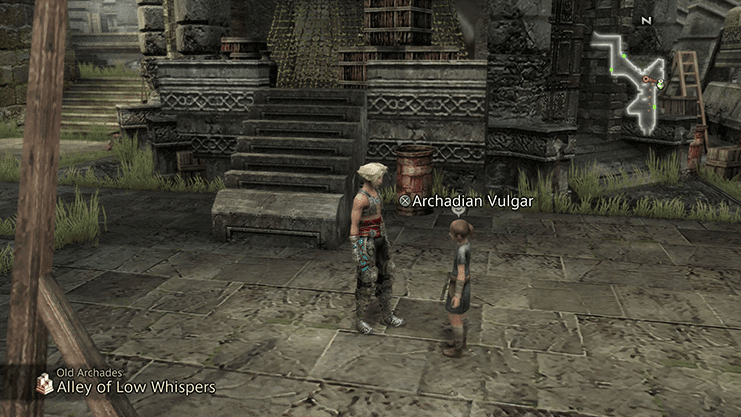 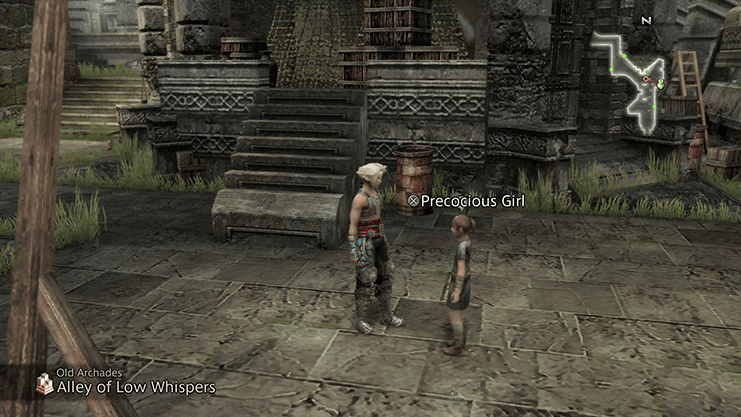 Make sure to find the Ex-Broker, the Shady Seeq and the group of dancing Moogles before traveling west, across the bridge, into the next section of town.

Use the Save Crystal in the southwest section of the zone to save your game. Go south towards the entrance to Archades towards to Imperial Soldiers. The Imperial Soldier will ask you if you have the proper credentials – it does not matter which answer you choose. A cutscene will begin afterwards involving a former acquaintance of Balthier named Jules. 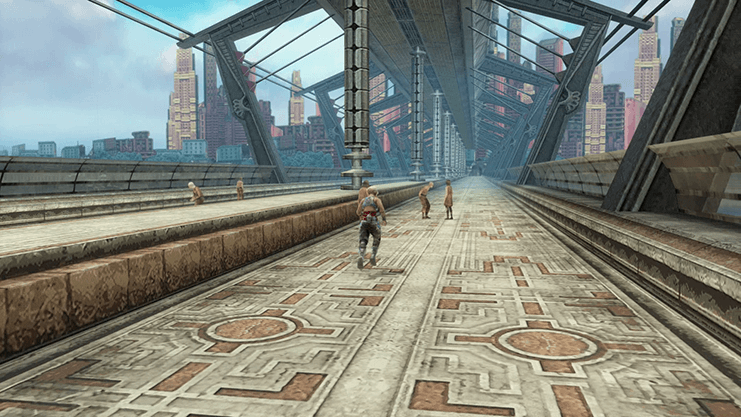 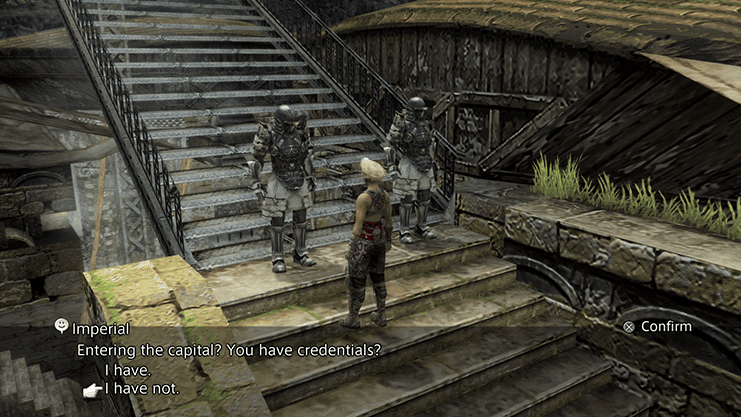 Jules will offer to assist you if you pay him 1,500 gil. Choose to “Pay Up” and then he will ask Vaan if he has heard any rumors around town. 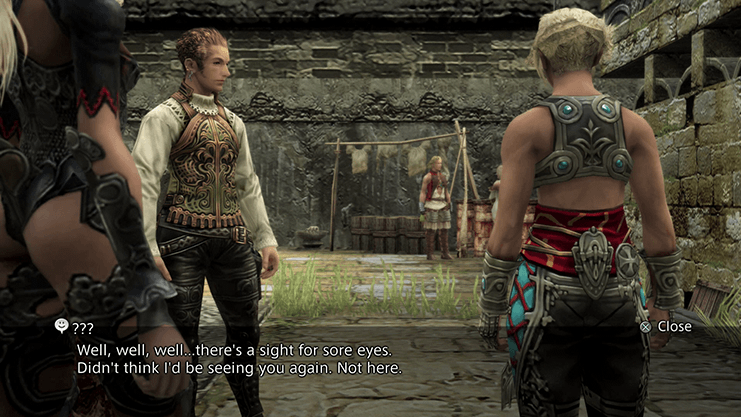 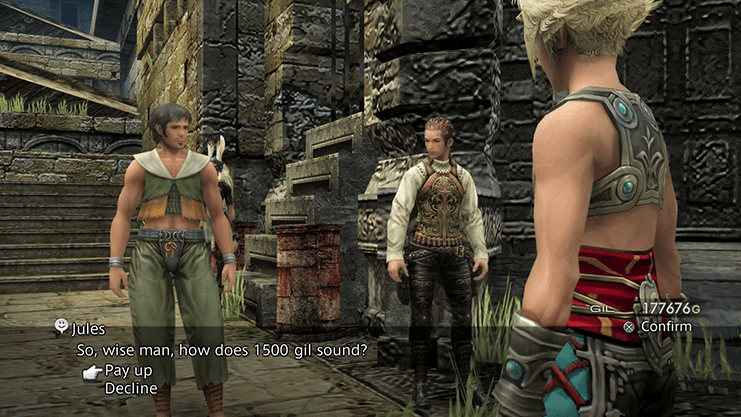 Depending on whom you spoke to, Vaan will tell Jules about the Lucky Man, the Shady Seeq or the Ex Broker. If Vaan talks to Jules about… 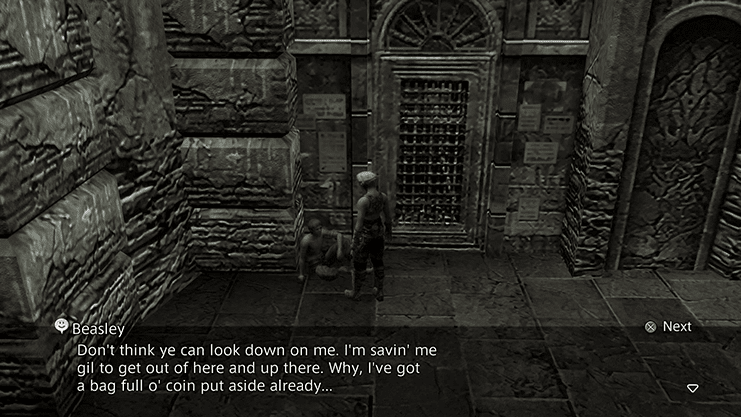 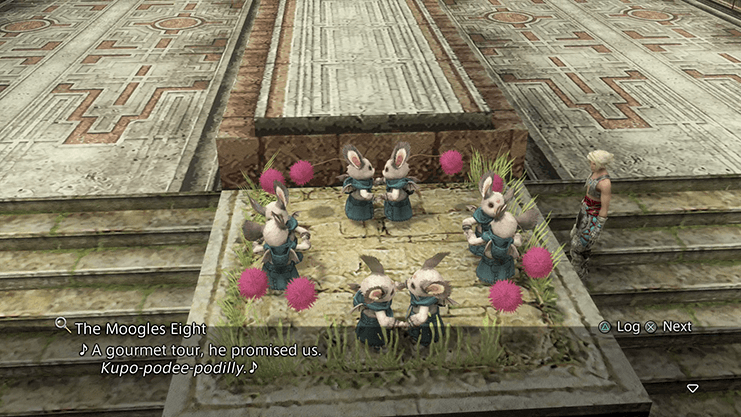 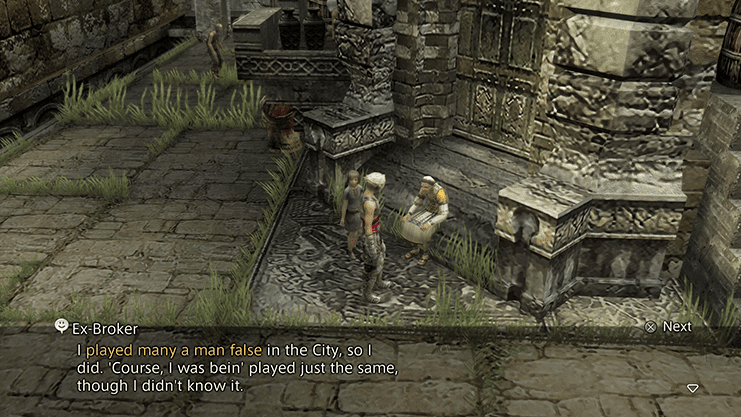 Return to Jules and a brawl will start somewhere in town causing a distraction. The two Imperial Soldiers will rush down the alleyway allowing the party to sneak past and into Archades. 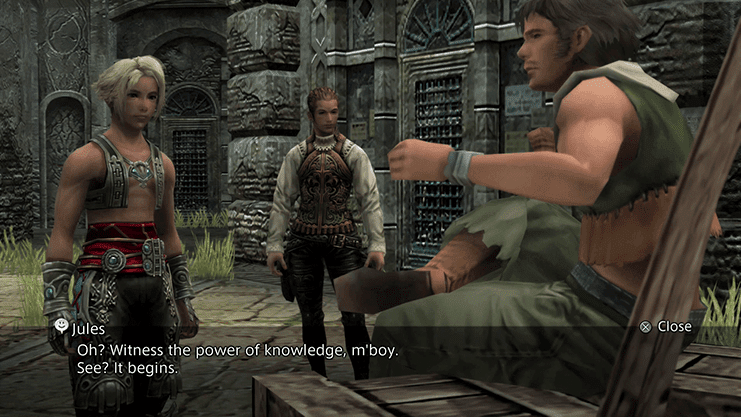 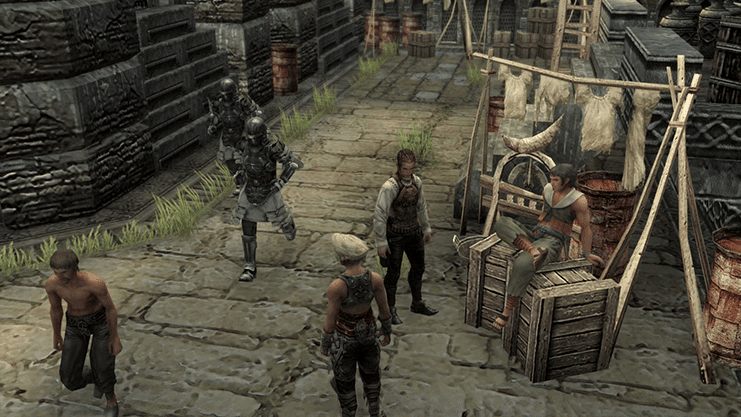 Click on the link below to move from the Old Archades to the Imperial Archades section of the guide. 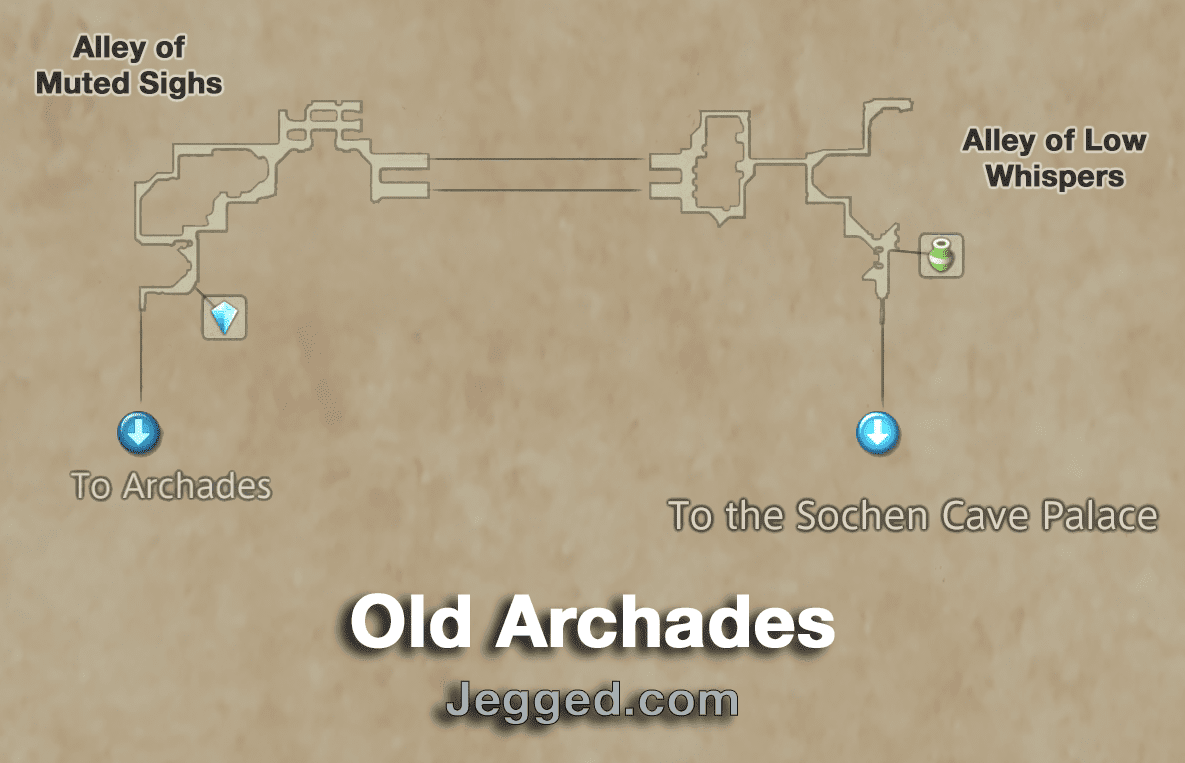