“The capital of the Archadian Empire. Still small when it first formed as a city-state, it grew tremendously during the long peace fostered by the Galtean Alliance. When the Empire was formed, the city center was re-located, forming the Archades we know today.

Though poor in both natural resources and land, Archades came to prominence as a city of innovation and learning. All information and technology gathers here, and the famed mages and artificers born within her walls are legion. Knowledge, then, is the true strength of the Archadian Empire.

The city of Archades forms an octagon with the Imperial Palace at its center. Around the Palace sit the Senate Chambers and other administrative quarters, beyond which lies a booming mercantile district. The buildings in the city center are quite tall, with the lower floors being used mainly as residences. The difference in heights between the various buildings makes this city of small airships, that being the most efficient means of accessing all levels of the metropolis.

More than half the population of Archades is hume, and while at one time all lived near the ground, of late, those of power or particular wealth have taken to living in the higher apartments and traveling exclusively by private airship.”

Vaan and Penelo will have a short conversation during a cutscene as the entire group enters the Imperial City of Archades. Walk westward towards the center of Trant and another short cutscene will take place – Balthier will leave the team for a short time. Travel west into the next zone. 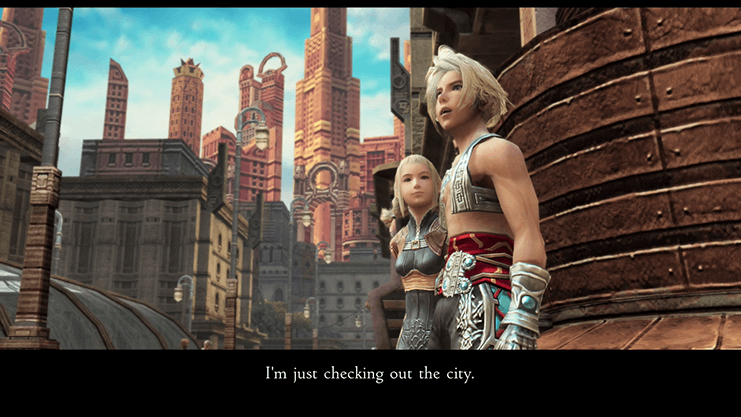 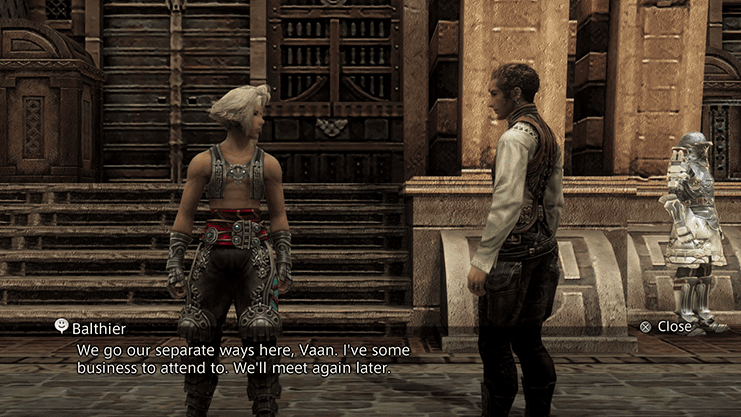 As with Old Archades, you should speak to each of the Archadian Gentry and Archadian Ardent that you pass. Each of them has an actual name which will appear above their heads after you have spoken to them.

The first store on the right side is Charlotte’s Magickery. Purchase all of the spells that are currently available if you have not done so already. Bulward’s Technicks shop is also located in the western section of Molberry.

You can also complete the July side quest by speaking to July, but only if you had started this quest earlier:

July
Speaking to July again to complete her side quest and obtaining the Salamand Halcyon. 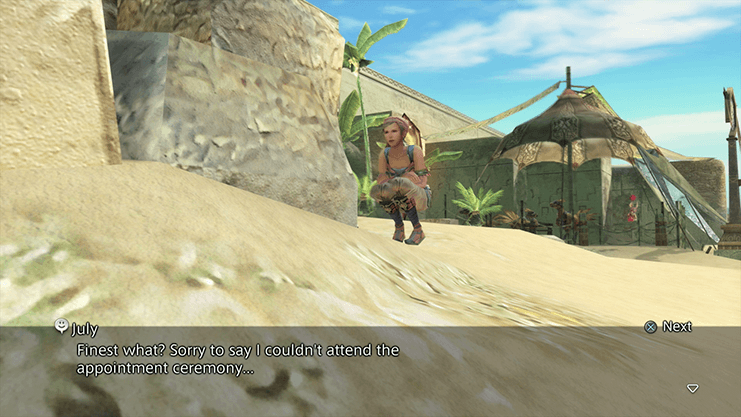 Head further west further on down the street to Bulward’s Technicks shop. There is a Moogle from the Cartographer’s Guild on the second floor of the shop. Purchase the map of the Tchita Uplands for 3,300 gil and the map of Archades for 230 gil. Head south into Nilbasse.

Both the weapon and armor shops are located in Vint’s Armaments. The item list is included below:

Walk down to the Cab Queue area just south of Vint’s Armaments shop and speak to the Cab Guide. This will initiate another cutscene involving Jules and about obtaining Chops. Jules offers to provide Vaan with more information if you pay him 2,500 gil. Pay him the gil and he will explain that you need to obtain 9 Pinewood Chops in order to get to the area where the gentry live. 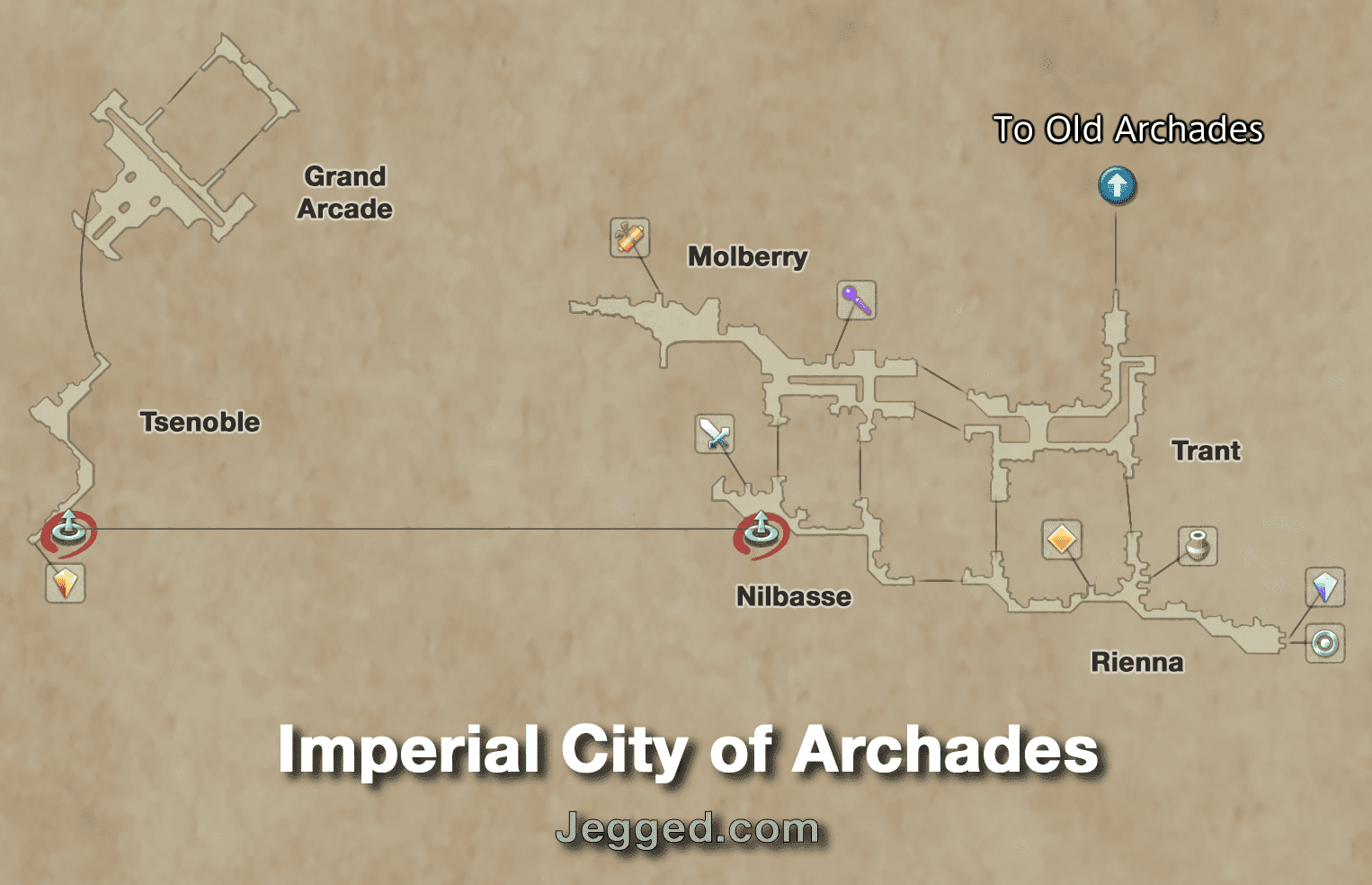 So what exactly are Pinewood Chops? They are like a unit of currency that can be used to gain access to a few areas within the Imperial City of Archades. You can obtain Pinewood Chops by speaking to the citizens within the city and relaying information between them. There are a total of 28 Pinewood Chops that you can obtain. You only need 9 but it may be beneficial to obtain them all now. 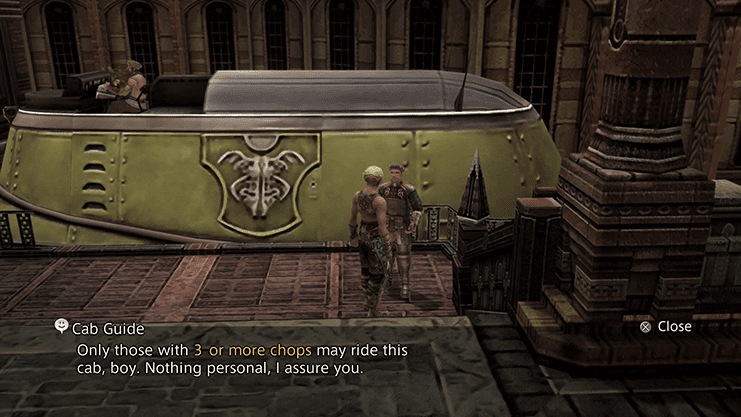 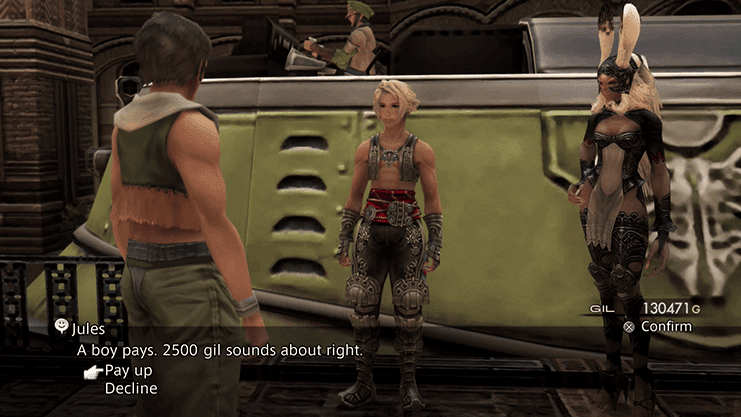 
You can speak to the Tarot Reader in Rienna after you have received the Pinewood Chop from completing “The Misfortune Teller” and relaying her story to the Happy Novelist. The Tarot Reader will tell you how many Pinewood Chop pieces you’ve missed in each of the regions which can help you track down any that you might be missing. 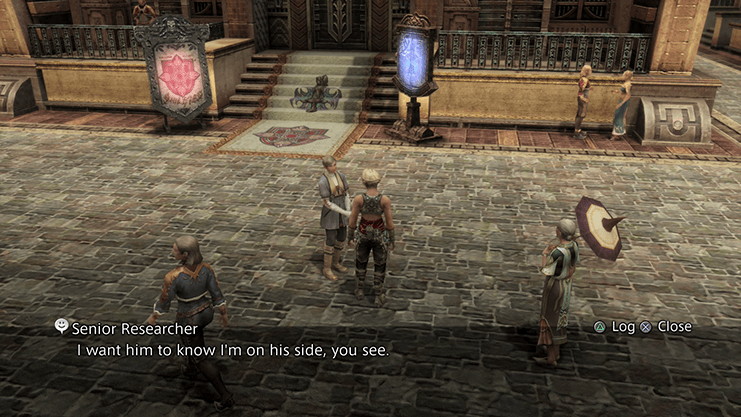 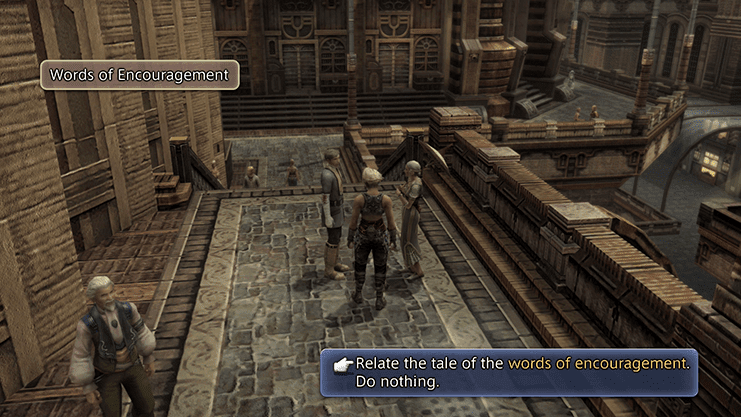 Trade your 28 Pinewood Chops in at any of the shops for Sandalwood Chop by speaking to one of the Chopmasters. This completes the Chops mini side-quest. You can now move forward to the next stage of the game.

Speak to the Cab Guide once you are ready to continue and choose the “Take me to Tsenoble” option. 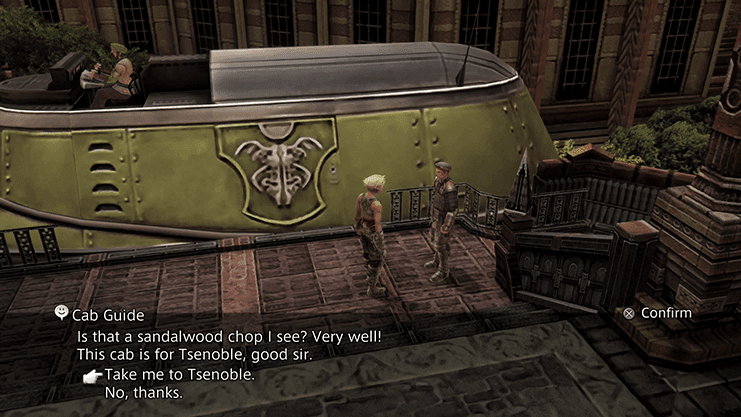 Balthier will approach Vaan and the rest of the team when they arrive in Tsenoble. Touch the orange Save Crystal to activate it as a teleport point and then travel northward to initiate another cutscene involving Imperial Soldiers.

Head back towards the Cabs afterwards. Jules will approach Vaan and Balthier and, after a brief conversation, will tell them that they can now travel to the Draklor Laboratory by speaking to the Cab Guide. 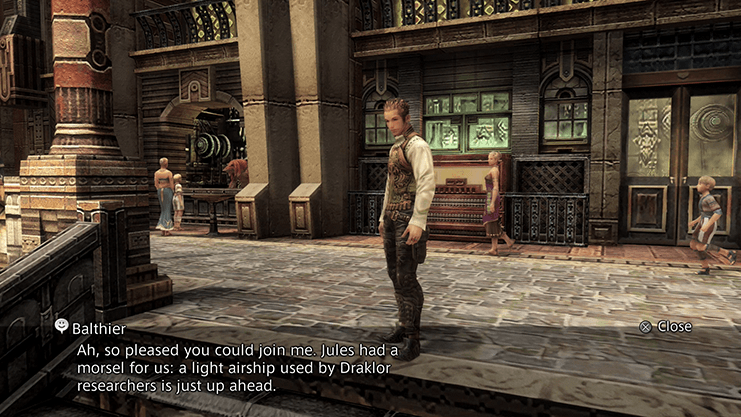 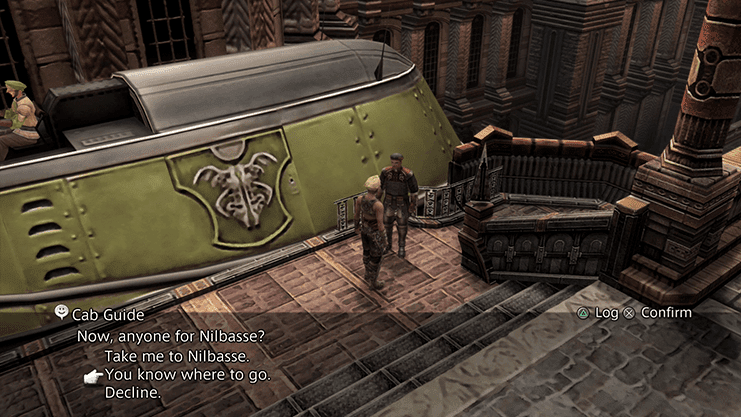 Approach the Cab Guide and select the “You know where to go” option.