“One of the largest desert regions of Dalmasca, located to the east of Rabanastre. Rife with all manner of monstrous beasts, it regularly plays host to hunts organized within the city.

What settlements there are line the banks of the River Nebra, a vibrant blue vein running through the heart of the sands, wherein can be found ferries for the conveyance of travelers and goods across her flow. Many merchants make a point of stopping in the villages to trade on their way to and from Rabanastre.” 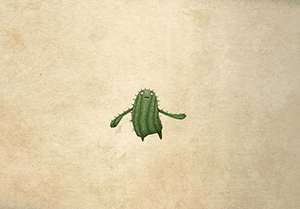 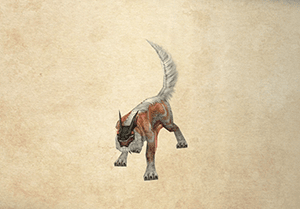 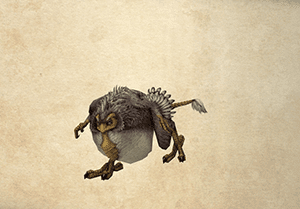 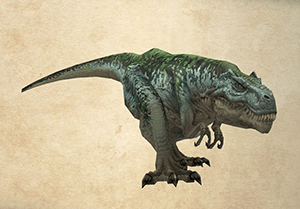 The Dalmasca Estersand is the first location in the game where you can encounter “random” enemies. Final Fantasy XII is the first game of the series which allows you to avoid random encounters altogether. You can see enemies on the world map as you approach them and can avoid them if you choose.

Note regarding Treasure Chests: the treasure chests in Final Fantasy XII are very different from those of the other games in the Final Fantasy series. Many treasure chests appear in random locations and offer random rewards. They could contain items, gil or loot intended to be sold to a shop or merchant.

Because of this variability, many of the treasure chest spawn locations will not be identified within this walkthrough as it is not worth going out of your way to find them. That and the fact that their location and appearance is random. That being said, treasure chests with unique or important items will be identified as they come up.

The Cactite creatures can often be found sleeping when you come across them. Use the

Steal Technick to have Vaan steal some

Earth Stones from them without having to attack them. You should avoid the large Wild Saurian (the creature that looks like a T-Rex) roaming around this area at all costs as it will be able to instally kill Vaan with a single hit. 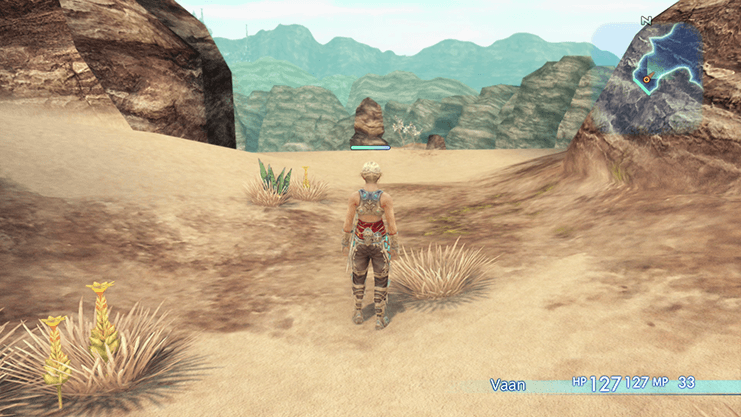 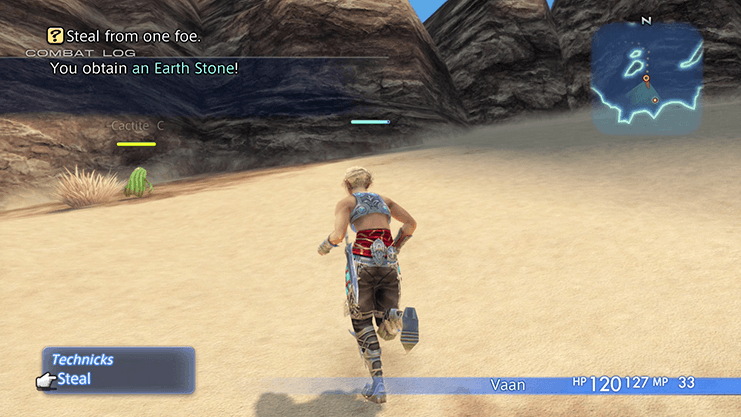 Take this opportunity to get Vaan some experience points to level him up and to get him some License Points. You will want to have him start working towards the White Magick 1 License so that he can learn the

Cure Magick spell if possible, and depending on what Job you selected (but remember that you will have to return to Rabanastre and purchase that spell even after Vaan has obtained the License before he can use that spell).

The Rogue Tomato is located on the ledge right near the entrance to the Dalmasca Estersand. Make sure you clear any of the Wolves wandering around nearby so that you don’t get ambushed by two enemies in the middle of your battle against the Mark.

There isn’t much strategy to your first Hunt. Have Vaan use regular attacks on the Rogue Tomato and use a Potion if his HP falls too low. The Rogue Tomato will run away once its HP reaches 50% and will drop down below the cliff not too far away. Follow it down and finish it off to complete the Hunt. And make sure you

Steal from the Rogue Tomato before you defeat it! 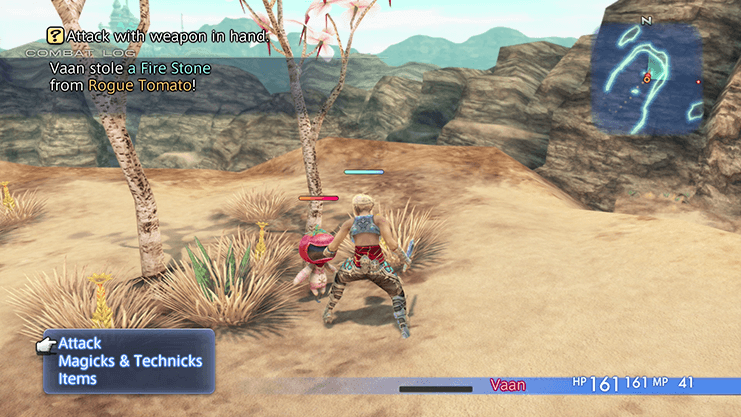 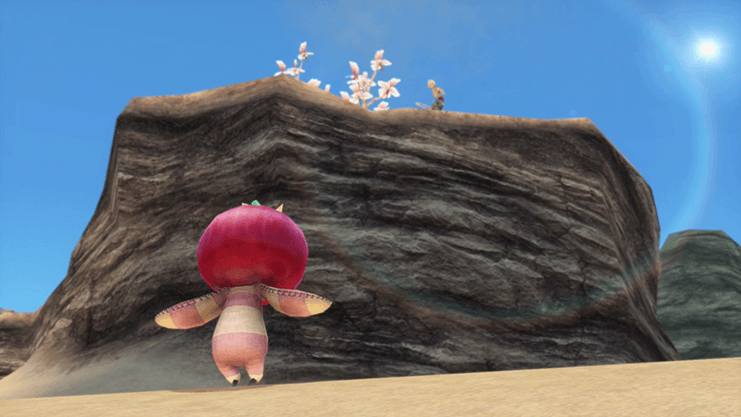 A video of the battle in the Zodiac Age version of the game is included below:

Vaan will grab the nearby Galbana Lilies in a short cutscene after the fight.

There isn’t much more that you can do in the Dalmasca Estersand. You can stay and level a little bit if you would like to or explore the area. You will find the Outpost to the northeast but there is no need to go that far out into the Estersand at this point in the game (as the pathway beyond that leading to the Yardang Labyrinth is blocked off). Return to Rabanastre Eastgate to continue with the story. 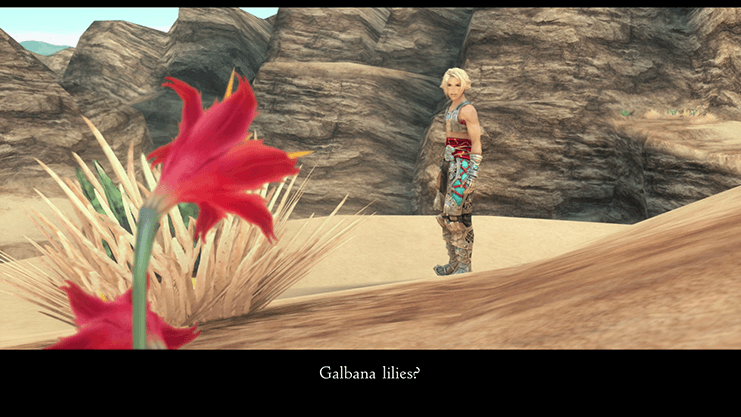 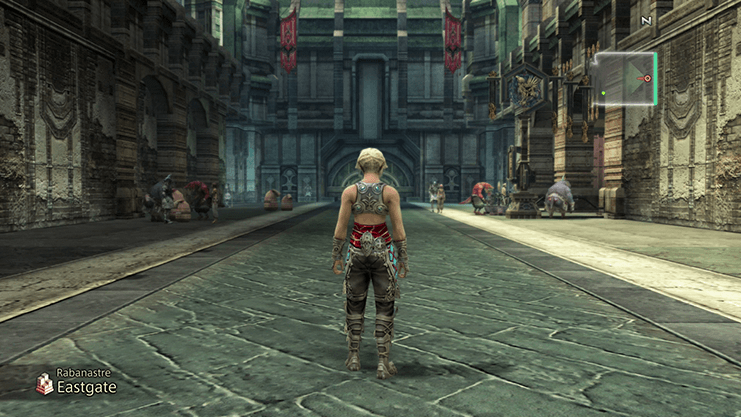 Save your game at the Save Crystal. The gates back into Rabanastre have now been locked. Speak to Kytes, who is standing in the crowd gathered outside the gates, to trigger another cutscene. Migelo will come to the rescue and convince the guards to let everyone back in to the city. 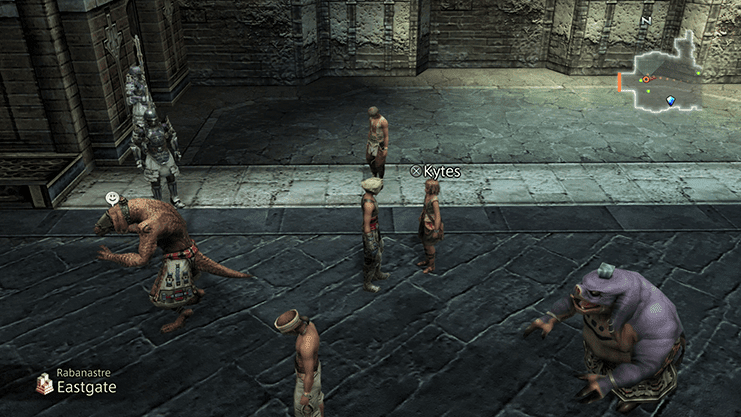 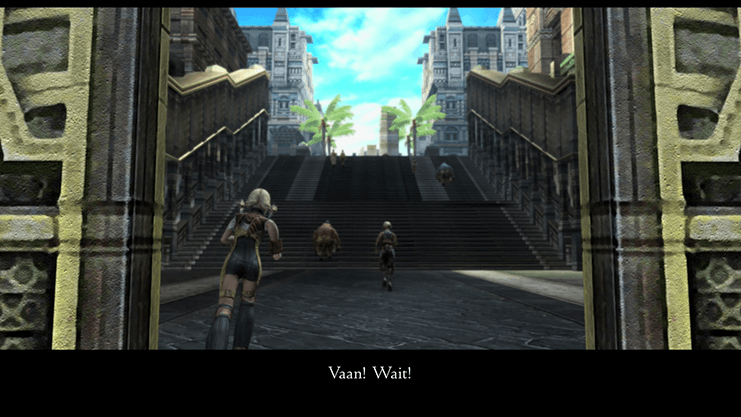 The game continues inside Rabanastre. 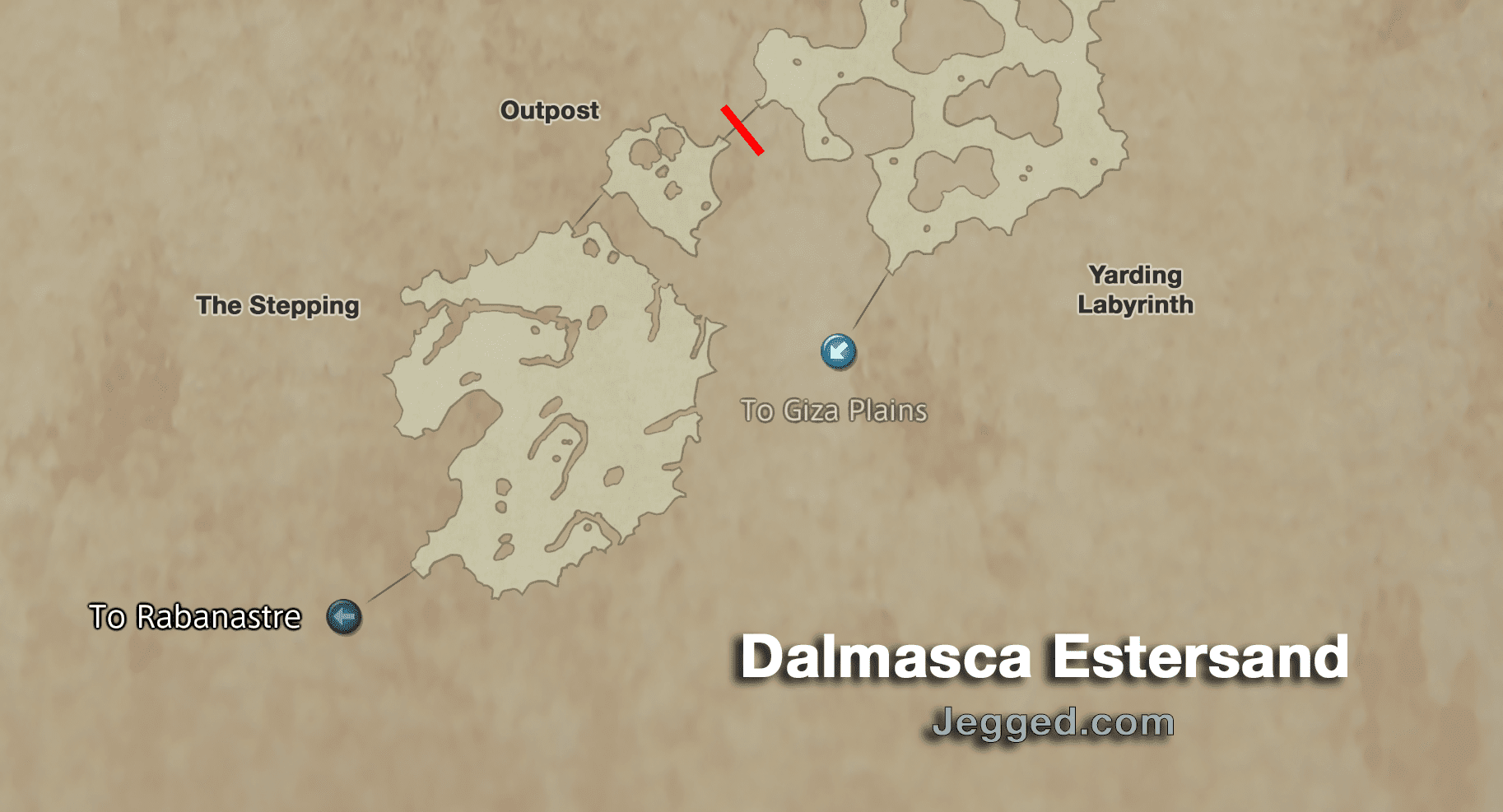 (Click on the map to enlarge)
Note that you cannot go past the Outpost at this stage of the game.