The Royal City of Rabanastre

The first true chapter of the game begins in the Garamsythe Waterway of Rabanastre. The story turns away from the introductory story of Reks, over to his younger brother, Vaan, the true protagonist of Final Fantasy XII.

The mission that you receive in the Garamsythe Waterway is easy enough to complete. Use the skills that you learned as Reks to target, attack and destroy each of the three Dire Rat enemies scattered throughout the Waterway. You can find their exact locations using the mini-map in the top-right corner of the screen or by pressing the 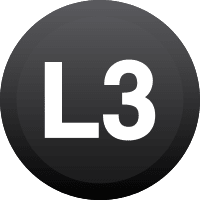 Button to bring up the minimap overlay. The Dire Rats are marked with large red dots on the map. 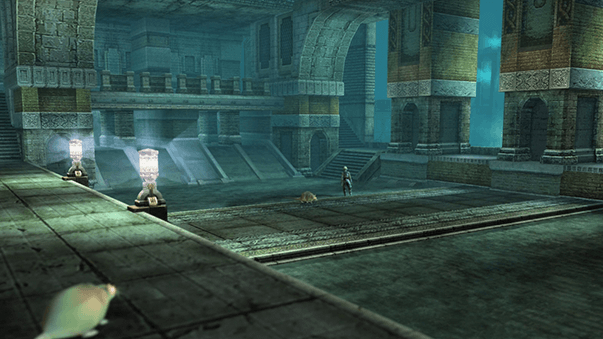 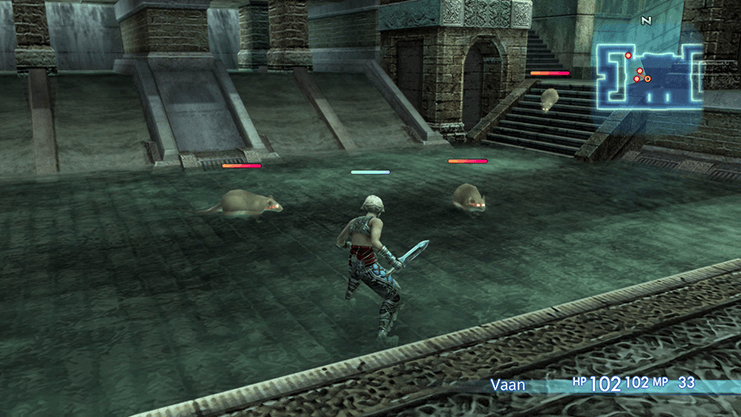 Steal Technick that Vaan comes equipped with to steal

“Capital of Old Dalmasca, and before that, many other kingdoms stretching back into the storied history of the Galtean Peninsula. Rule by the Dalmascan royal family lasted for several hundred years before the city’s fall to the Archadian Empire two years past. Now an Imperial Territory.

The story of the city’s people is the story of three cultures, those of Valendia, Ordalia and Kerwon, who bore trade goods along many well-frequented routes leading to her welcoming gates.

The town proper of Rabanastre is divided into four sections by the cardinal directions of the compass. The east and west are merchant districts, the streets lined with shops and stalls of every description. In the north, the streets widen into a large piazza facing the palace, and to the South can be found three gates leading beyond the city walls to the Dalmasca desert and the Giza Plains.

The aerodrome can be found in the western outskirts of town, surrounded by numerous privately operated airship docks. In the northwestern part of town stands a splendid cathedral build in the Galtean style, the bell of which, when rung, sounds through every hearth and home in the city.”

There are a few short cutscenes that take place after you defeat the Dire Rats in the Garamsythe Waterway. After watching two Imperial Swordsmen hassle a local peddler, Vaan will steal a pouch full of gil from them. He then runs into Penelo on the bridge in the East End of Rabanastre. The two will have a short discussion where Penelo reminds Vaan that he needs to return to Migelo to help him with some errands. 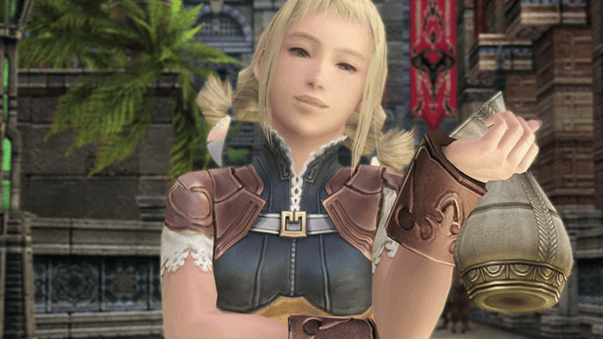 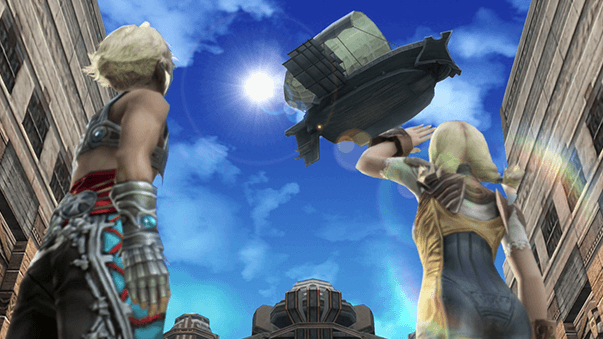 You will now gain access to the “Equip” command in the Menu Screen which can be used to modify a character’s equipment. Final Fantasy XII, like some previous installments in the Final Fantasy Series, has an “Optimize” command which automatically equips the ‘best’ equipment in your inventory. Optimize can be extremely helpful in many situations but be careful using it too much – there are many situations where using the “best” equipment may not be optimal.

Vaan currently has a

Leather Clothing equipped in the original version – his basic starter equipment. As a side note, for those intending to play through and obtain as many (or all) of the items available in the game, this

Mythril Sword that Vaan comes equipped with is the only one available in the game. There is no way to get it back if you choose to sell it to a vendor.

In the Zodiac Age version of the game, he comes equipped with a

Dagger instead of a Mythril Sword - much more befitting of his thief-style nature.

You also have access to the World Map menu item which lets you view places that you have previously visited. Final Fantasy XII also allows you to purchase maps in order to see unexplored areas of the game. These maps can be extremely helpful, but having this guide will eliminate the need for you to purchase many of them.

Check out the Maps section of the strategy guide for a list of all the maps in Ivalice.

At the bottom of the World Map screen is a note indicating where you should be headed next in the game. At this point, it states: “What could Migelo want? Better go see him at his shop.” You can use this message window for a hint on what to do next if you find yourself lost.

Rabanastre offers a huge new town for you to explore, but at this early stage of the game, there isn’t much that you can do. Many of the shops are closed.

Travel to the red X shown on the map of Rabanastre / East End (as shown in the screenshot below). Migelo is located fairly close to where you gain control of Vaan on the bridge. Head forward and take a right to reach him. 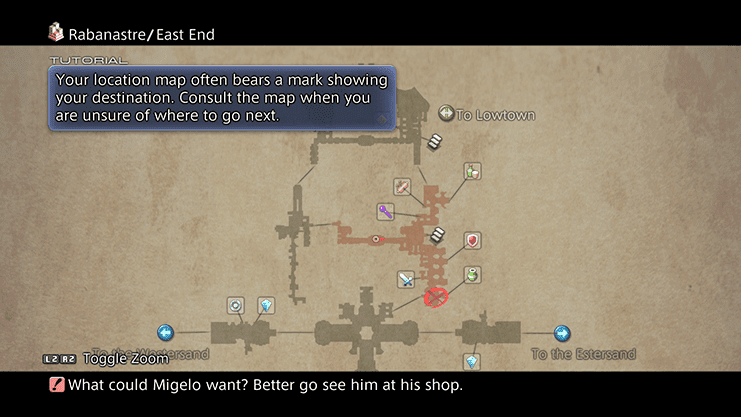 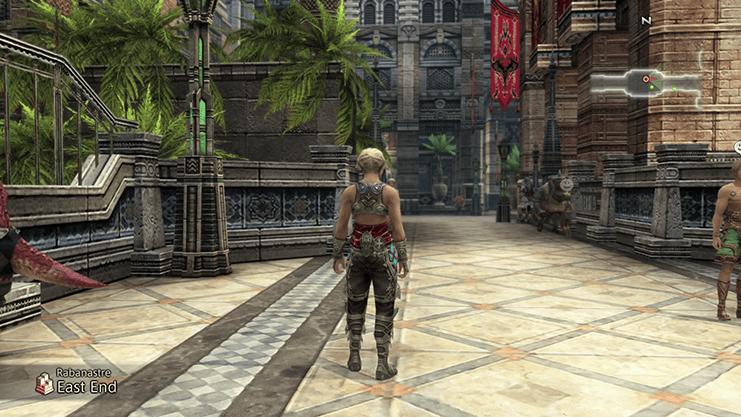 Migelo will explain to Vaan that he is expecting some packages for an upcoming banquet that have not arrived; he suspects that the courier may have run into some troubles along the way. Migelo sent Kytes to the Sandsea Tavern earlier (a local Rabanastre tavern) to speak with Tomaj to obtain some replacement packages but Kytes has now also gone missing. Vaan’s rather boring task is to head over to the Sandsea Tavern to retrieve Kytes for Migelo. 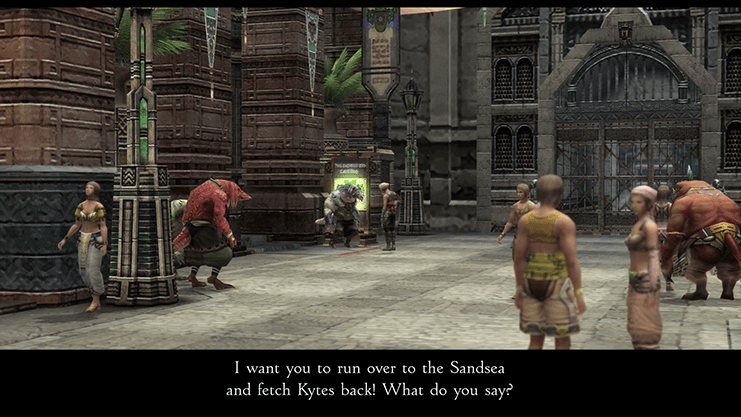 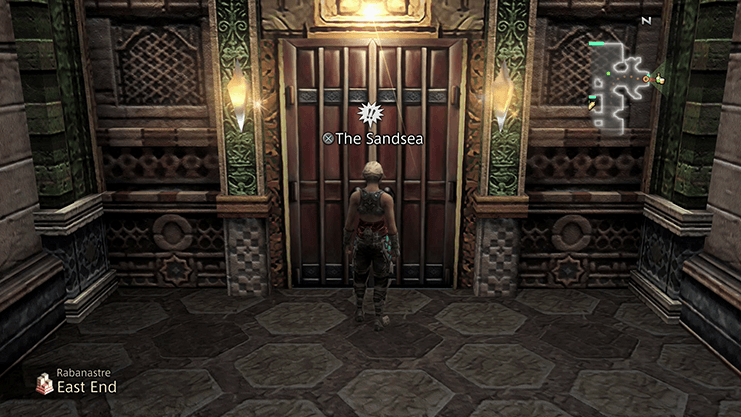 The Sandsea Tavern is located to the north of Migelo’s shop and can be found on the Rabanastre Map (as shown on the map at the bottom of this page). Travel northward to find the entrance to the Sandsea in Rabanastre East End. Another cutscene will begin involving Kytes and Tomaj.

Tomaj will give Vaan a brief explanation of a few of the core concepts of Final Fantasy XII: Hunts and the Notice Board, the Clan Primer and the License Board. Click on any of the links for more information on these various topics. Short explanations of each have also been provided below: 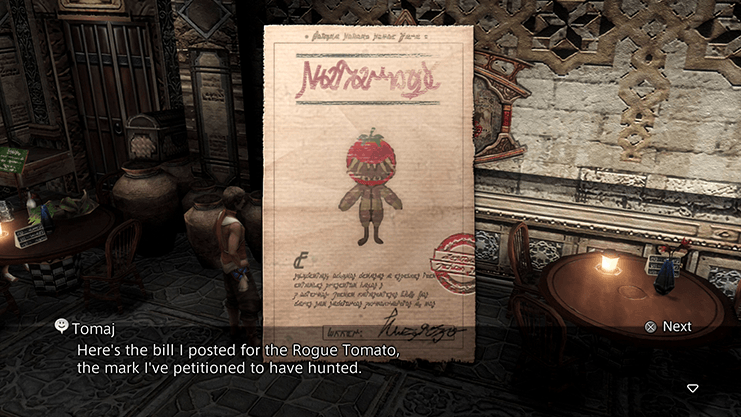 The Clan Primer contains all kinds of useful information. It contains a full list of the Hunts that you have access to, what step you are on and information about the petitioner and where to find the Mark.

It should be noted that the Jegged.com strategy guide contains a full Clan Primer. You can check out those sections of the guide here:

Clan Primer
A full list of Hunts, Bestiary and the Sky Pirate’s Den. 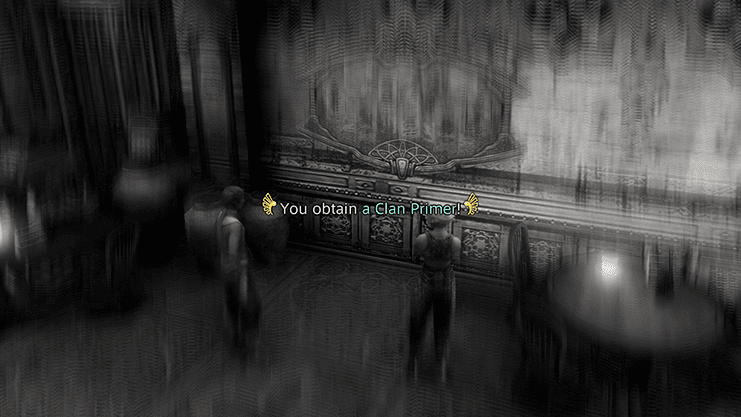 The License Board is very similar to the Sphere Grid system from Final Fantasy X. You earn License Points (LP) as you defeat enemies and proceed through the game. You can then use these License Points to purchase a new License at any time by accessing Party Menu. Select the character and click on a License and choose to “obtain” that License. Just remember that you need both the License and the item or Magick spell before you can use that item/Magick. Check out the License Board section for more information.

And remember, the Zodiac Age version of the game also includes 12 separate Jobs which each have their own License Boards. Check out the Jobs Section of the guide for more information. 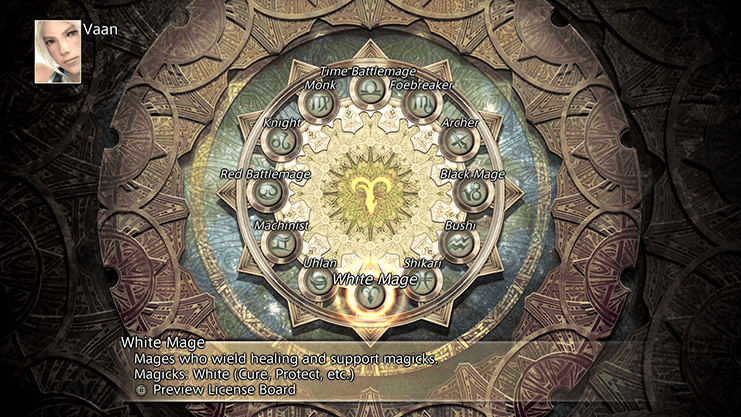 The last thing that Tomaj will do is give Vaan a Writ of Transit. This item will allow Vaan to leave Rabanastre through any of the city gates. Make sure to follow the in-game instructions from Tomaj as well and equip the

Orrachea Armlet he provided. It is now time to leave Rabanastre and begin the first Hunt to find the Rogue Tomato. 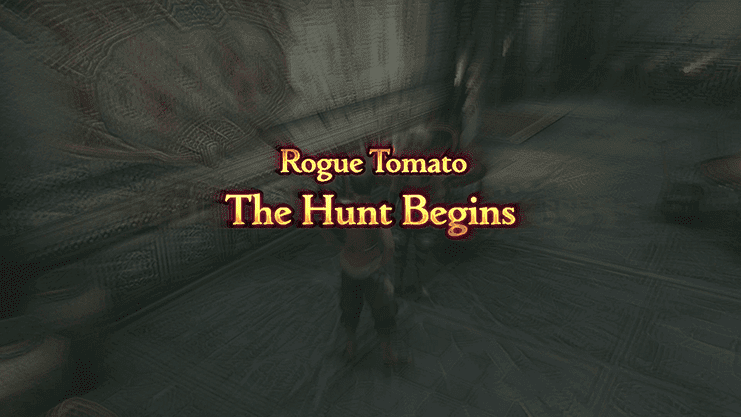 Use the map to help you find the exit on the east side of town that leads to the Dalmasca Estersand or follow these steps: Travel south back towards Migelo’s shop and turn right (westward) to enter the Southern Plaza.

You should take this time to talk to the Desert Merchant speaking to the Imperial Guard near the fountain. Offer to take the item to the Desert Merchant’s friend outside the gate and he will give Vaan a "Small Package". You can either give the Small Package to the Bangaa outside the gate (you will not receive a reward) or you can sell it at a shop for 150 gil. Your choice will have no impact on the game. 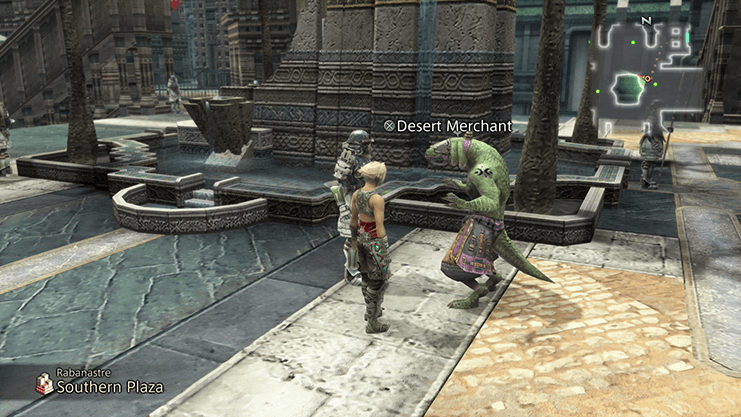 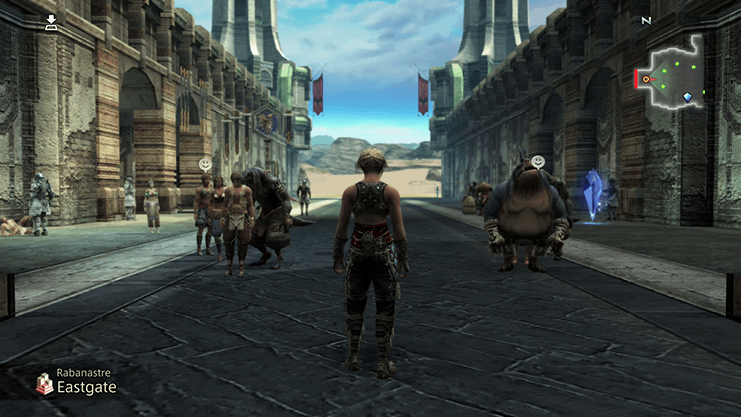 Travel east from the fountain in the Southern Plaza and a short cutscene will take place with one of the Imperial Guards. Vaan will show the guard the Writ of Passage and the guards will allow him through the gate.

Speak to the Hapless Merchant near the Save Crystal to give him the Small Package. The ‘reward’ for this quest is some nearly useless advice… if you can call it that a reward. (“Best watch yourself out there. Get into any fights, just be sure to keep well healed, hear me?”). As such, you may be better off selling the package instead.

There is a Save Crystal at the exit which you should use to save your game before leaving Rabanastre. Head out past the guards when you are ready. Proceed to the next section of the guide. 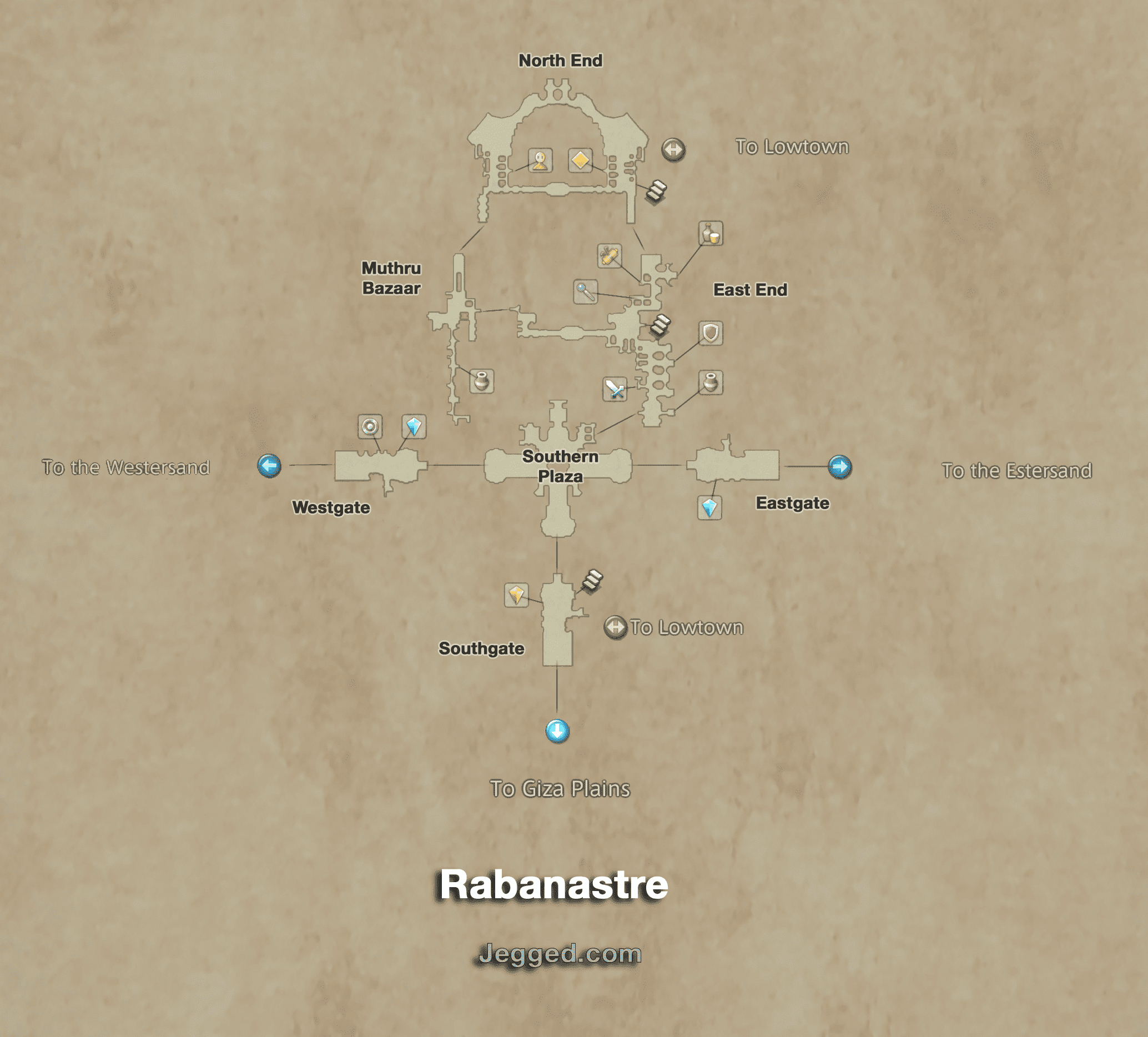