The petitioner for this Hunt is Koqmihn. You can find him in Dalan’s House seated on the wall to the right when you enter. 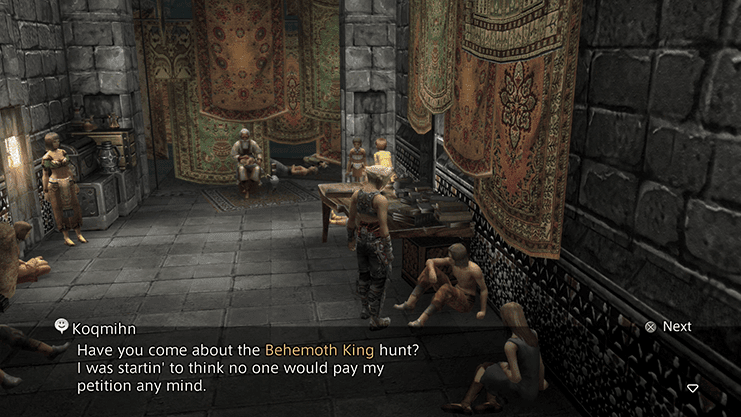 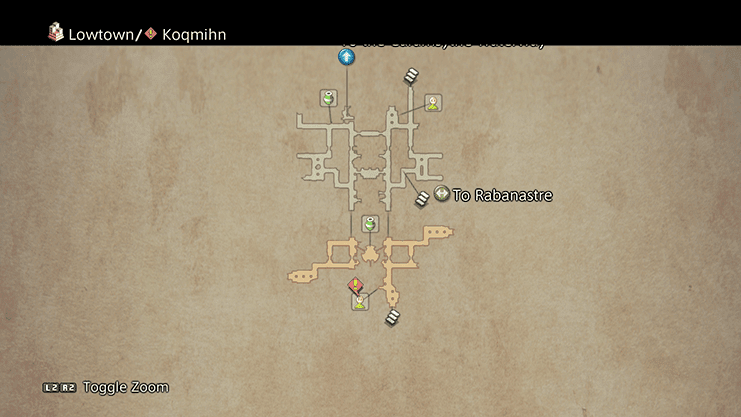 There are a specific set of steps that need to be followed in order to spawn the Behemoth King. Warp to the Ancient City of Giruvegan and travel into the Feywood. In the first zone, The Edge of Reason, search for and defeat the Giruveganus enemy lurking in the central-south area of the zone. The Giruveganus is a large creature that looks like a Tyrannosaurus Rex.

After defeating Giruveganus, travel north into the next zone, the Ice Field of Clearsight, and defeat all of the enemies in this area. There are 29 enemies in total and they must all be defeated. Some enemies will respawn if you take too long so defeat them all as quick as possible and/or try again until you do it fast enough. 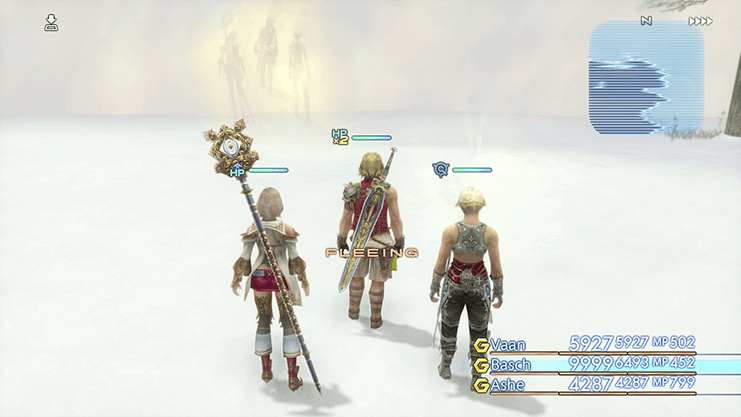 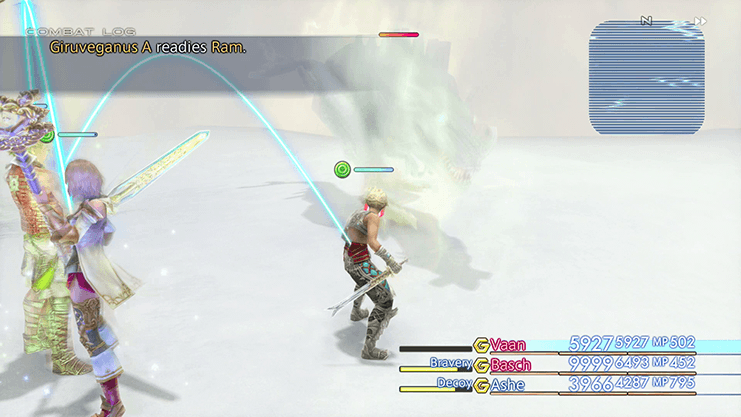 Return to the Edge of Reason, which will now be completely devoid of any enemies, with the exception of the Behemoth King who will have spawned where the Giruveganus enemy was previously.

The Behemoth King will do a very heavy amount of damage to your party. This is a battle where you need to have a fully equipped and prepared tank to take the majority of the damage and spread out your party members so that they don’t all get hit by attacks. 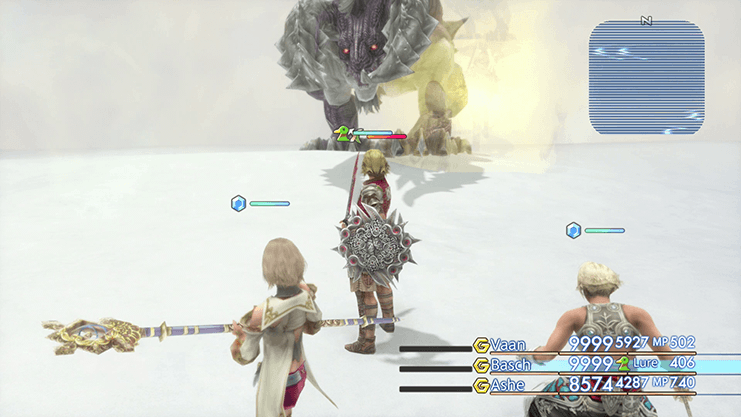 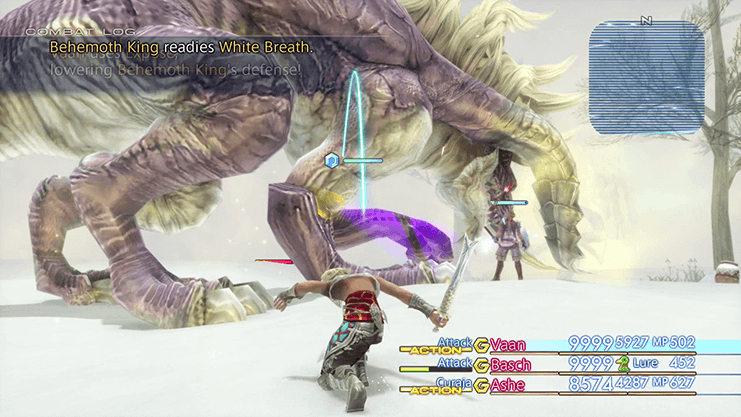 Equip your main tank with the best equipment you have available. This includes a strong shield,

Bubble Belt, and they need to have

Shell cast on them for the duration of the fight. Have one party member keep up

Decoy on this team member and be prepared to revive them if or when they fall in battle.

Dispel and setup a Dispel Gambit to keep the enhancements off of him.

He also has an extremely high amount of defense, so have one of your characters use

Expose Technick to increase the amount of damage done through regular attacks. Expose can be used multiple times and will stack, but it gets less and less impactful with each application. His White Breath attack can cause the Stop effect, so have another Gambit setup to use a

Chronos Tear on characters effected by the attack. 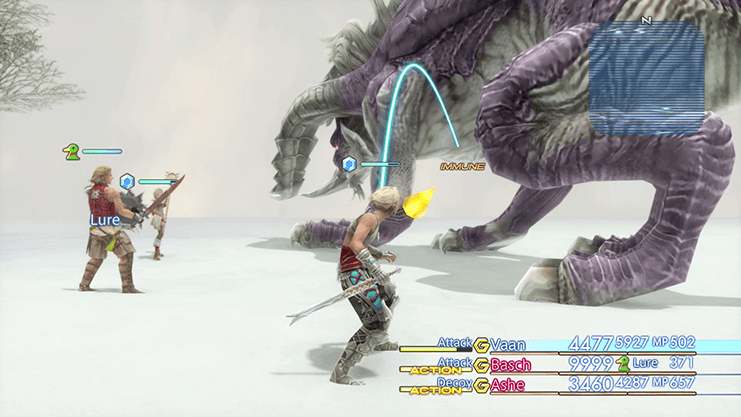 Behemoth King will setup a paling during the fight that will make him immune to either physical attacks or Magick attacks. The trick here is to cast

Arise on Behemoth King twice which will switch the paling over from one to the other, allowing you to focus on either physical attacks if preferred, or Magick attacks.

This is a long and drawn out battle. Come prepared with many consumable items and be prepared to be KO’d a few times. And make sure that you share the healing amongst your various characters allowing your other characters time to attack and refill their MP gauges. Check out the following video for a rough demonstration of the fight:

Return to Koqmihn in Dalan’s House once the Hunt is complete. He will reward you with what little he has: 250 gil and some

There is another reward that you can pick up for completing this Hunt as well. Travel up to Mt Bur-Omisace and north to the Temple Approach. Search the large Behemoth King head and tap on the head (while having no weapon equipped) to receive another set of rewards: 500,000 gil and a

Lord of the Kings

The Lord of the Kings Trophy is obtained automatically once you have defeated Behemoth King. 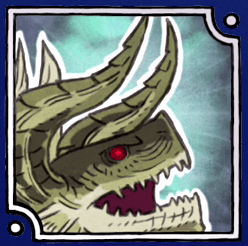 Defeating the Behemoth King also adds his sprite to the Sky Pirate’s Den.