You can pick up this Hunt as soon as your party has reached Mt Bur-Omisace for the first time. It can be a little difficult to complete the hunt this early, mostly due to Trickster’s multi-phased fight, but having Larsa in your party can make it somewhat easier. The easiest time to complete it is after you reach the Phon Coast.

Gurdy is the flying Moogle near the Chocobo pen right at the entrance to Mt Bur-Omisace in the Sand-strewn Pass. 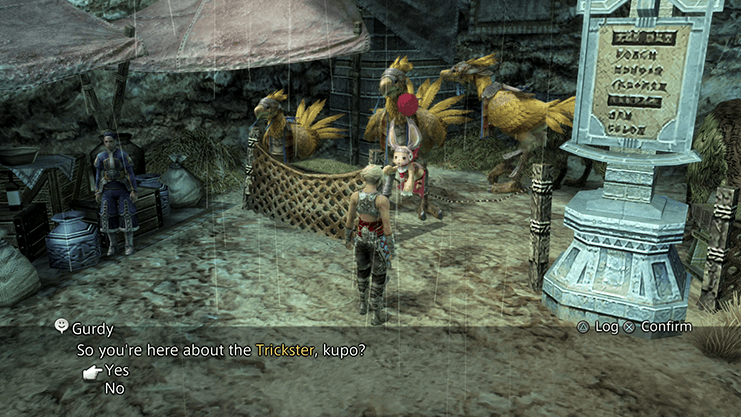 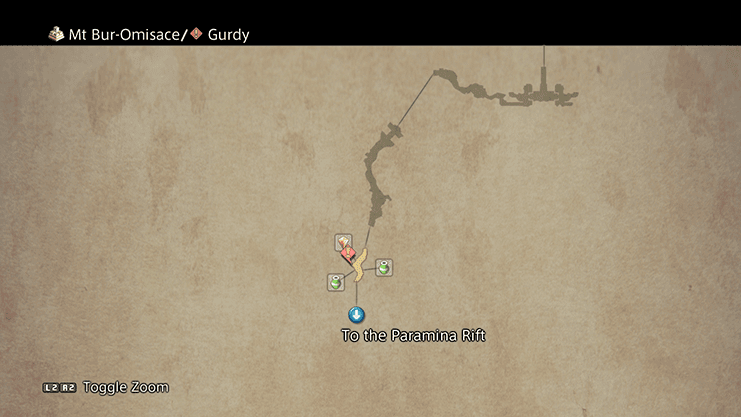 Trickster is located in the Frozen Brook area of the Paramina Rift. You will know when you are in the correct area as Monid (a white Bangaa) will join you for this fight. Trickster does not appear in the zone every time. In fact, there is only a 30% chance that Trickster will spawn.

The first time Trickster appears in the zone, Monid will warn you that it is there, but after that first initial warning, Monid will no longer tell you when Trickster has spawned. It only works once. After that, you’ll have to explore the Frozen Brook to see if Trickster has arrived. Give it quite a few tries though as Monid doesn’t always say something when Trickster is around. 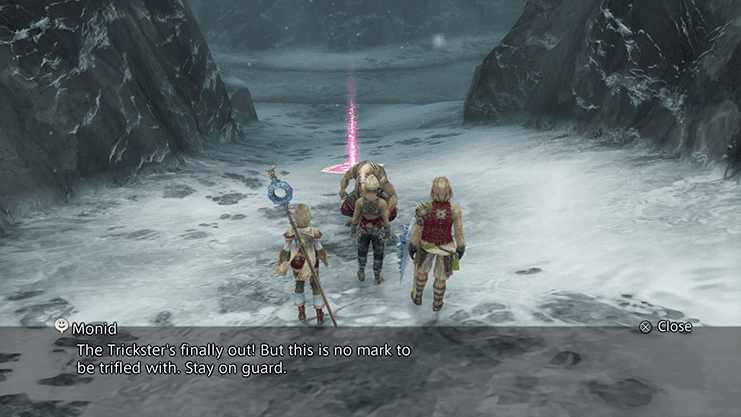 This can be fairly problematic as Trickster is partially invisible as shown above. It runs around fast enough though that it will usually run into you (rather than you having to seek it out) if you hang around in the Frozen Brook for a minute or two.

There are two phases to the fight against Trickster.

Dispel on it to remove its

Protect status effect and make the battle much easier. 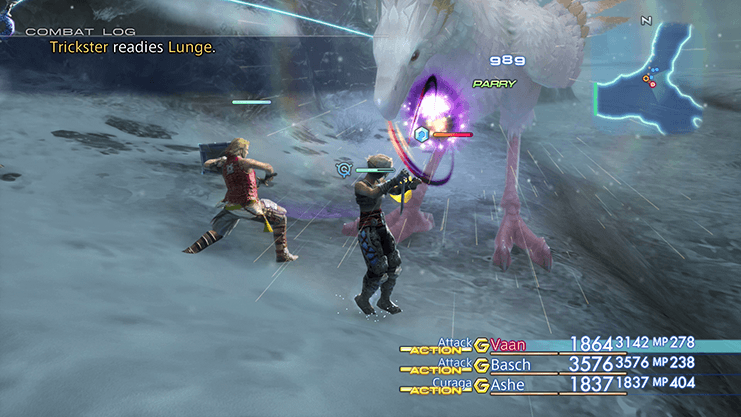 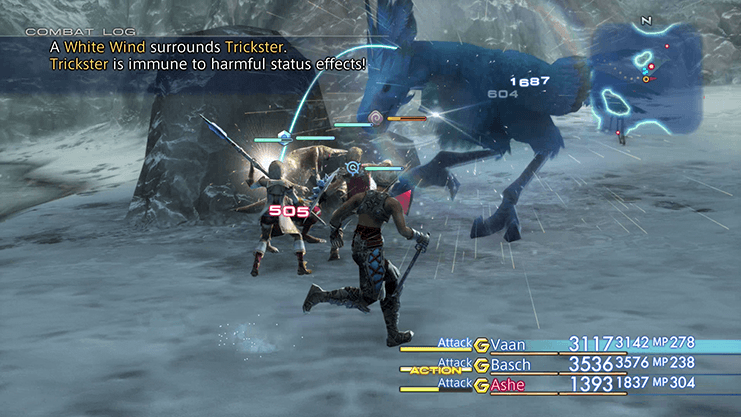 Phase 2:
The second phase is much more difficult. Trickster will begin using a move called Choco-Comet which does heavy damage to all of your party members. Much worse though is that it will become immune to physical damage during this phase. Spread your party members out to reduce the amount of damage done by Choco-Comet. 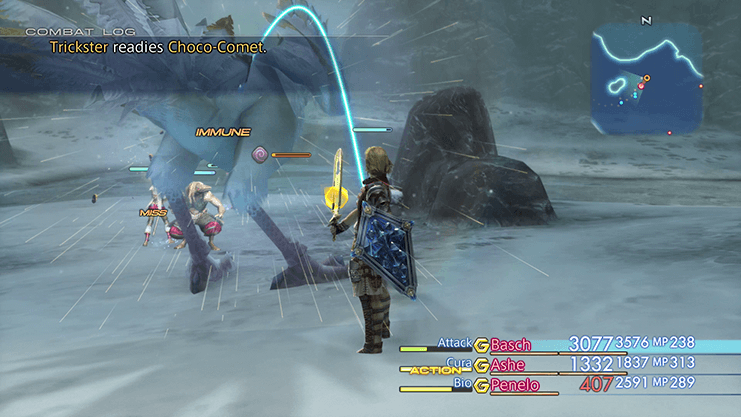 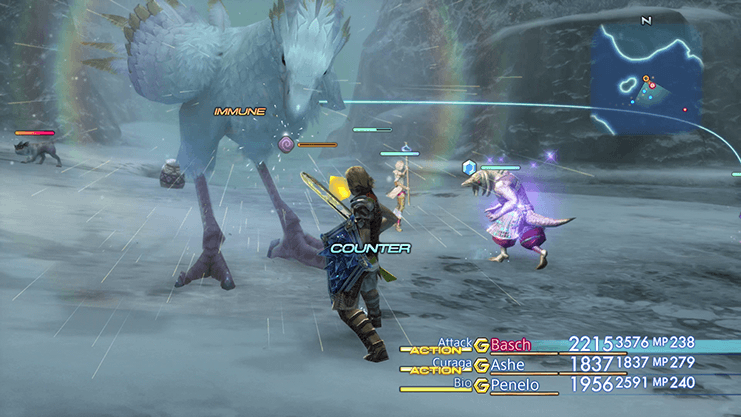 You will only be able to attack Trickster with Magick from one random element as it will be immune to all of the rest. This is made more difficult though as the immunity switches as soon as you hit it with the correct element. The best strategy is to have your Magick users start casting

Bio during this phase as Bio will still do full damage.

Alternatively, you can use the

Prince’s Kiss trick to put Trickster to Sleep. In order for this to work you will need to ensure that neither Monid nor Larsa are attacking Trickster as they will wake it up. Use

Balance on Trickster as your method of attack; it does more damage if your party members have low HP.

Faith on your Magick casters as well no matter which strategy you choose. It may run away or heal itself during this phase, but just wait for it to come back and re-initiate the attack.

Return to Gurdy back at the entrance to Mt Bur-Omisace to receive your reward for defeating Trickster. The rewards include 4,800 gil and 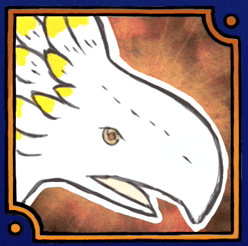