This Hunt can be completed any time after you have completed the Draklor Laboratory after going through the Imperial City of Archades. The Bill first becomes available in the Whitecap tavern in the Port of Balfonheim. It is easy to complete at the same time as Hunt 24: The Creature Collector (Goliath – Rank VI).

The petitioner for this Hunt is Popol who can also be found in the Nalbina Fortress. He is sitting in a stall along the Jajim Bazaar. 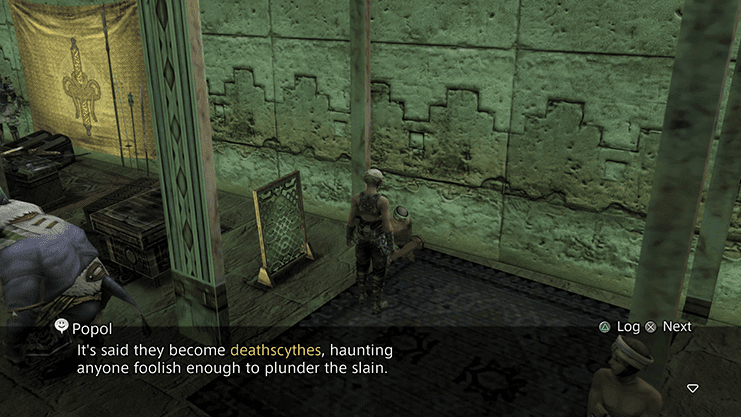 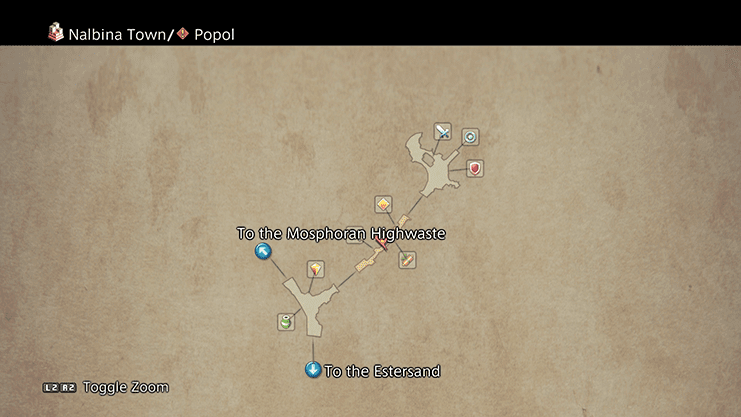 Very similar to making Dustia appear, you need to reduce one of your character’s health to less than 10% HP and it will materialize close to that party member. You do not have to enter the Cloister of the Highborn with a party member already at less than 10% HP.

You can do this by pressing the

Button, selecting Attack and then pressing the

Button to shift from enemy targets to friendly targets. Confirm the action by pressing the

Button again and the character will attack themselves one time. Be careful not to accidentally kill yourself and use

Potions if you have to in order to get the HP percentage correct. 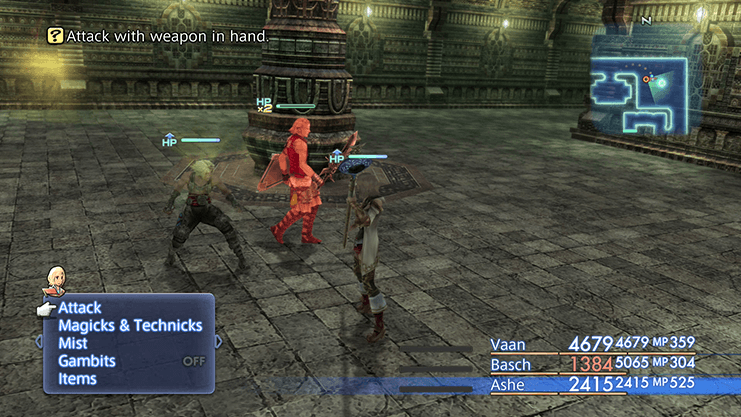 Disable your Gambits to prevent your healer from healing them back up while you are dropping their HP intentionally.

The first thing that you should do after Deathscythe appears is heal up the character that you dropped to less than 10% HP. You likely had to disable your healing Gambits so re-enable them. 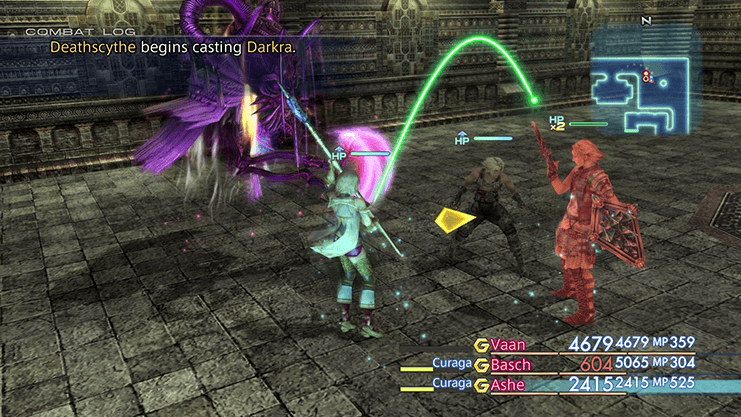 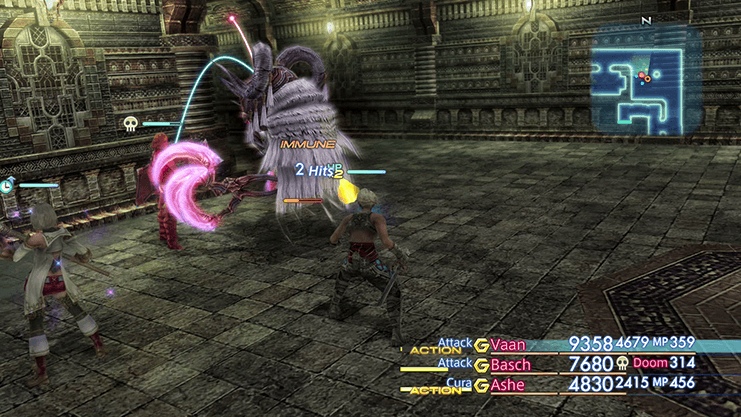 Deathscythe will also cast a Paling around itself once it reaches less than 50% of its HP which will temporarily make it immune to physical attacks. The Paling lasts for approximately 2 minutes. Just keep your party alive until it wears off or use Magick attacks to do damage.

This battle tends to be about outlasting Deathscythe while dealing with all of its attacks. MP may become an issue part way through the fight, and it will increase its attack power and defensive power once its HP goes below 20%.

Exit the Necrohol of Nabudis after the fight and return to the Nalbina Fortress. Speak to Popol in the Jajim Bazaar to receive your reward for completing the battle which include 2,800 gil, two

This is one of the five Hunts required to complete the Jovy side quest.