This hunt becomes available after you have completed the events at the Stilshrine of Miriam and defeated Judge Bergan at Mt Bur-Omisace. It can easily be completed during your first trek through the Mosphoran Highwaste.

Head to Nalbina Fortress and search the northern wall in the Jajim Bazaar for a blue Bangaa named Burrogh hidden behind one of the stalls. 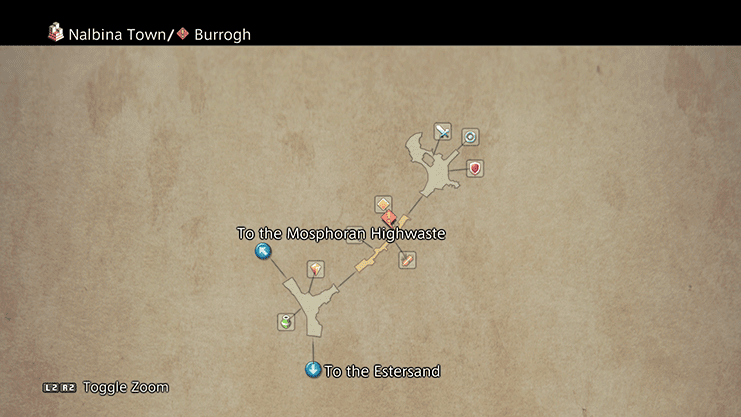 Atomos is very easy to find. Travel or warp to the Babbling Vale zone of the Mosphoran Highwaste and travel directly north, through the Trail of Sky-flung Stone, and into the Northern Skirts. Atomos can be seen wandering around in the middle of the field surrounded by Vultures.

It is recommended that you attempt to pull some of the Vultures away from Atomos and fight them alone before you initiate the battle. 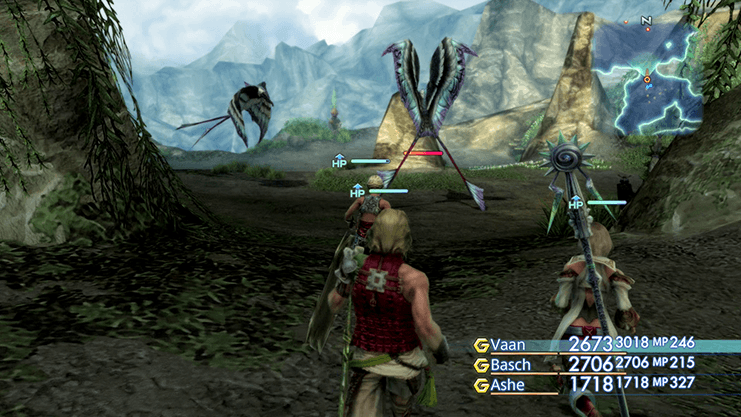 As mentioned above, try to take out as many of the Vultures that surround Atomos as you can before you initiate the battle. Take your time to set up your characters in advance so that they are buffed with

Faith and then use

Dispel on Atomos to remove its beneficial status effects. 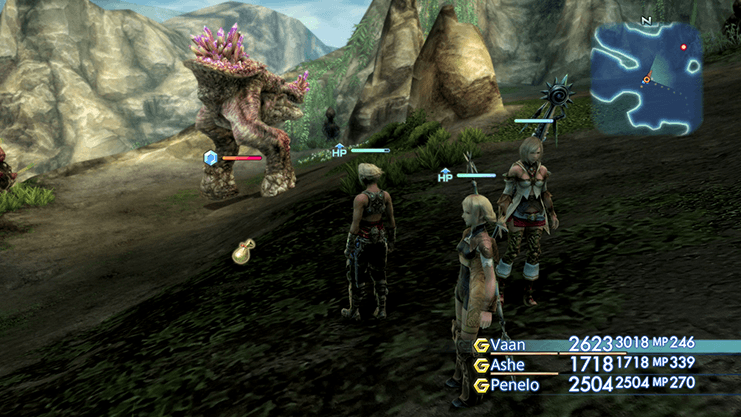 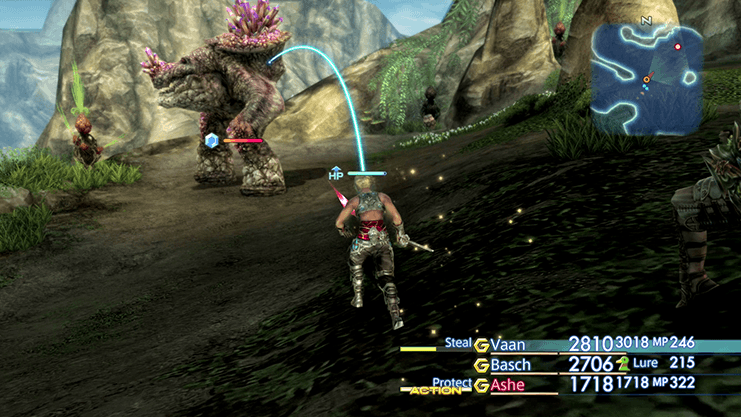 Other than the points listed above, there is no other strategy needed for this fight. Keep

Decoy up on your tank and slowly bring it down.

Return to Burrogh in the Jajim Bazaar to receive your rewards which include 1,800 gil,

Gaia Rod and a

Diamond Shield. A blue Seeq named Jovy will wander over before your conversation concludes with Burrogh. This Seeq is involved in an additional side quest that is automatically completed as you complete more Hunts for citizens in Nalbina Town. Click on the link below for more information:

Jovy
A very short but easy side quest that involves speaking to Jovy in the West Ward area of Nalbina. The rewards for completing the side quest are very mediocre. 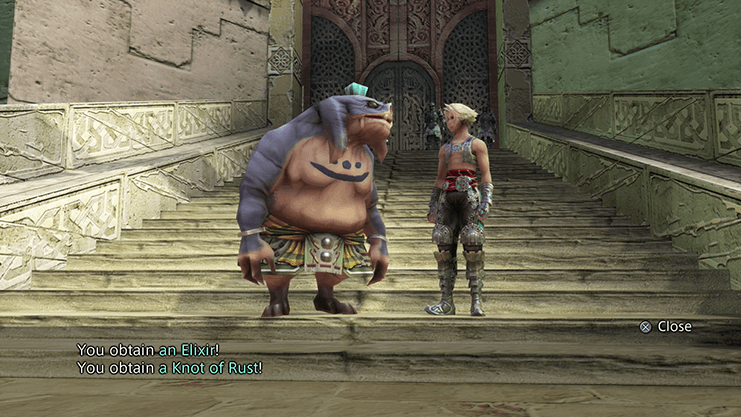