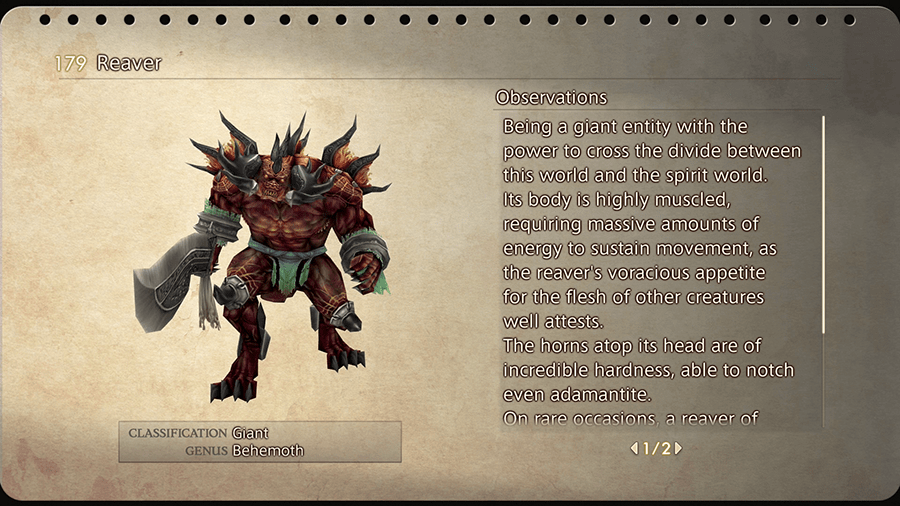 “Being a giant entity with the power to cross the divide between this world and the spirit world.

Its body is highly muscled, requiring massive amounts of energy to sustain movement, as the reaver’s voracious appetite for the flesh of other creatures well attests.

The horns atop its head are of incredible hardness, able to notch even adamantite.

On rare occasions, a reaver of exceptional strength is born, this being a high reaver, and even more to be feared than the more common variety.”