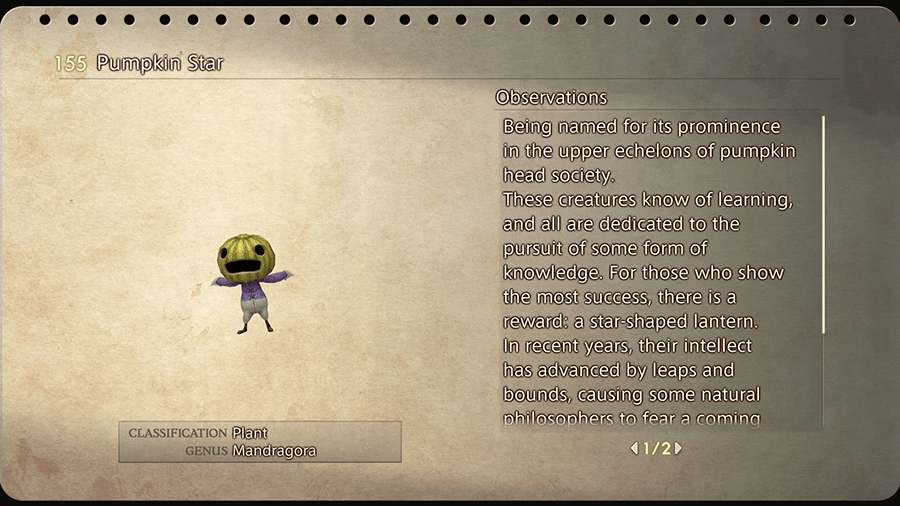 “Being named for its prominence in the upper echelons of pumpkin head society.

These creatures know of learning, and all are dedicated to the pursuit of some form of knowledge. For those who show the most success, there is a reward: a star-shaped lantern. In recent years, their intellect has advanced by leaps and bounds, causing some natural philosophers to fear a coming clash with our civilization in the days to come.”

* The Pumpkin Star in the Sochen Cave Palace does not drop items.