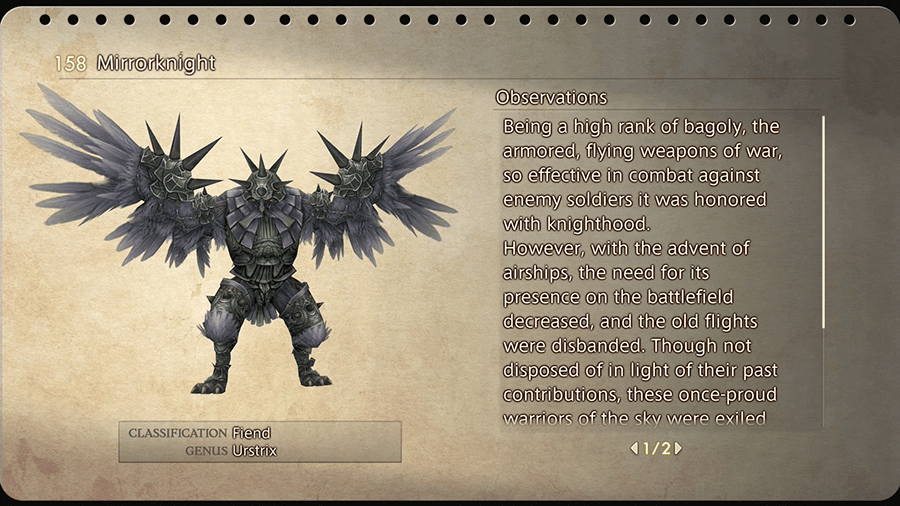 “Being a high rank of bagoly, the armored, flying weapons of war, so effective in combat against enemy soldiers it was honored with knighthood.

However, with the advent of airships, the need for its presence on the battlefield decreased, and the old flights were disbanded. Though not disposed of in light of their past contributions, these once-proud warriors of the sky were exiled into the wilds.

Having lost reason to fly, they soon lost the ability, and now they crawl along the ground, hunting for prey as any common beast.”