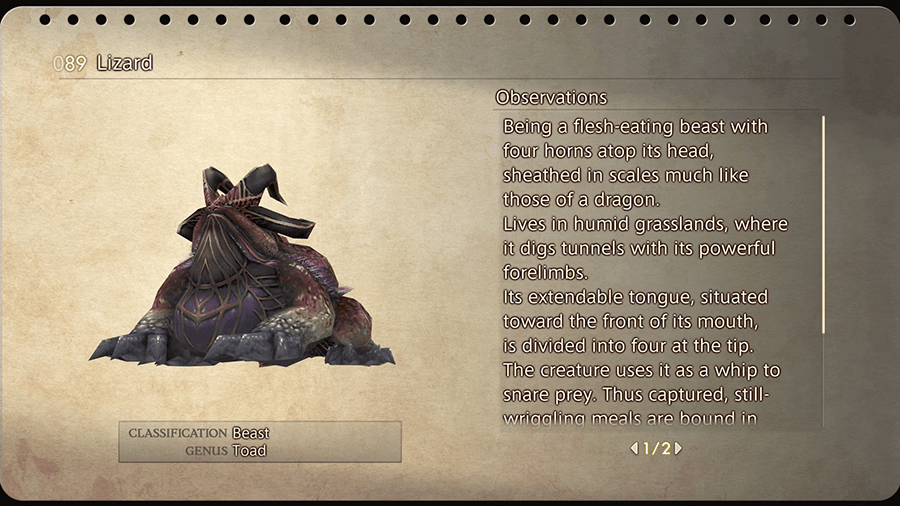 “Being a flesh-eating beast with four horns atop its head, sheathed in scaled much like those of a dragon.

Lives in humid grasslands, where it digs tunnels with its powerful forelimbs.

Its extendable tongue, situated toward the front of its mouth, is divided into four at the tip. The creature uses it as a whip to snare prey. Thus captured, still-wriggling meals are bound in viscous saliva, and stored for later consumption.”