Imperial Elite
AKA: The Judges 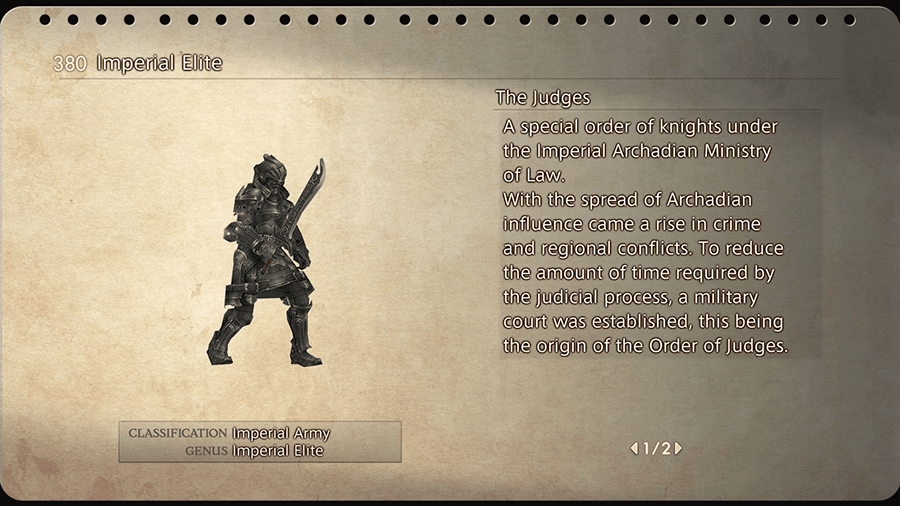 The Judges:
“A special order of knights under the Imperial Archadian Ministry of Law. With the spread of Archadian influence came a rise in crime and regional conflicts. To reduce the amount of time required by the judicial process, a military court was established, this being the origin of the Order of Judges.”

Imperial Elite
“Name given to a highly trained group of soldiers who have undergone the most rigorous selection procedures to become the pride of the Imperial Army. Elites are separated into three divisions by role: gunners, being marksmen trained in the use of rifles; pilots, being combat airship pilots; and beastmasters, being those who train the might mastiff dogs that fight alongside Imperial soldiers. Those who make it past the selection process go to the Imperial military school known as the ‘Akademy,’ there to learn the specialist skills of their allocated division.”