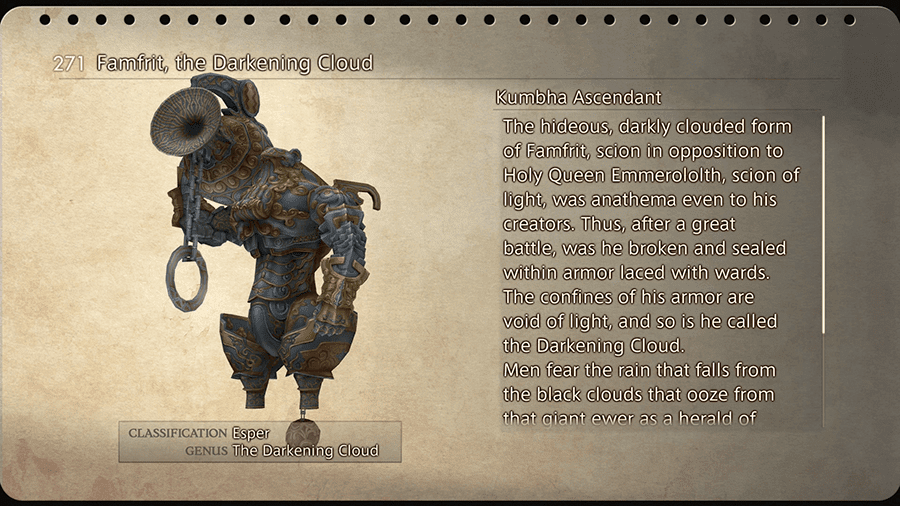 “The hideous, darkly clouded form of Famfrit, scion in opposition to Holy Queen Emmerololth, scion of light, was anathema even to his creators. Thus, after a great battle, was he broken and sealed within armor laced with wards.

The confines of his armor are void of light, and so is he called the Darkening Cloud.

Men fear the rain that falls from the black clouds that ooze from that giant ewer as a herald of chaos and waste.”

* Famfrit is automatically fought and obtained during the battle against Doctor Cid at the top of the Pharos - Third Ascent. Check out the Famfrit Esper page for more information on where to find this Esper and how to defeat it.