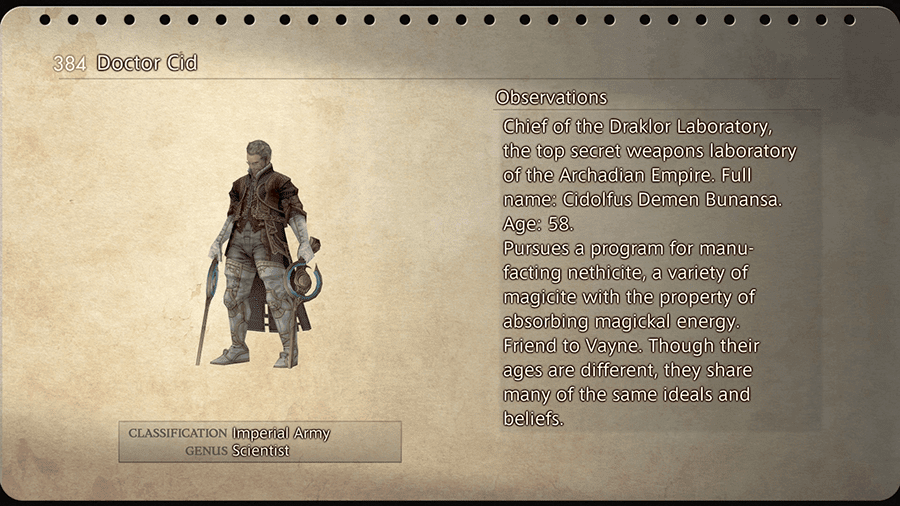 Pursues a program for manufacting nethicite, a variety of magicite with the property of absorbing magickal energy.

Friend to Vayne. Though their ages are different, they share many of the same ideals and beliefs.”

Doctor Cid is a boss that you battle against twice during the game - the first time in the Draklor Laboratory and the second time at the top of the Pharos - Third Ascent.