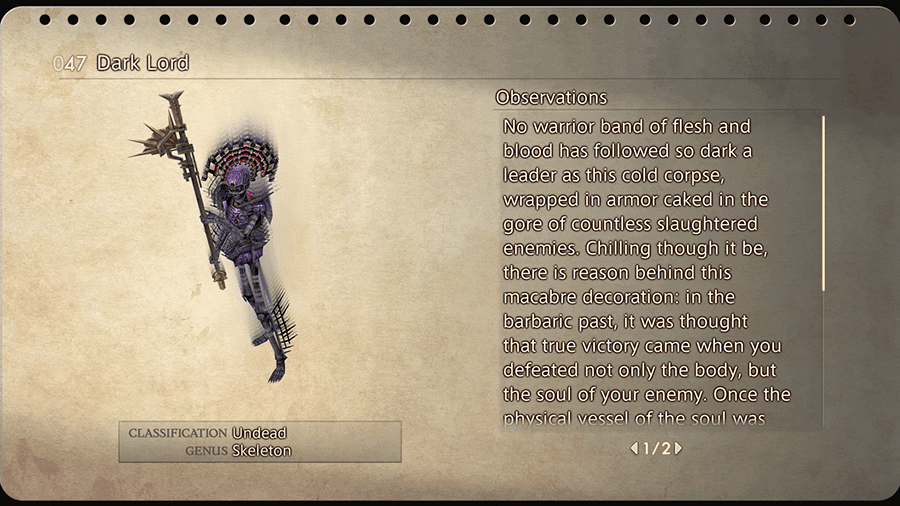 “No warrior band of flesh and blood has followed so dark a leader as this cold corpse, wrapped in armor caked in the gore of countless slaughtered enemies. Chilling though it be, there is reason behind this macabre decoration: in the barbaric past, it was thought that true victory came when you defeated not only the body, but the soul of your enemy. Once the physical vessel of the soul was slain, the victim’s remains were defiled and rubbed on the victor’s armor withal, so that the soul would find no sanctuary but the arms of its enemy. Yet the hatred of the fallen placed a cursed upon these men, trapping them in their grisly armor even in death, and so they fell to dark wanderings.”