Next Page
(21) Tomb of King Raithwall

“The desert in the west of the Jagd Yensa. Fine sand beats in waves against the feet of the rolling dunes of this region which, together with the Ogir-Yensa Sandsea, is called the Great Yensan Sandsea.

To the west of the Nam-Yensa lies the gorge known as the Valley of the Dead, so called because it has been the scene of many an ill-starred adventurer’s demise.” 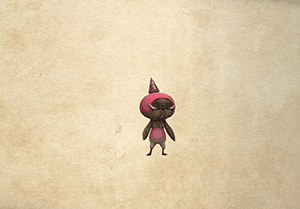 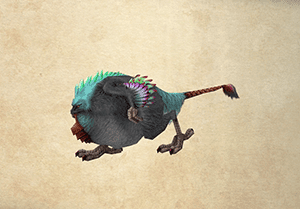 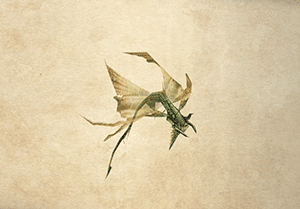 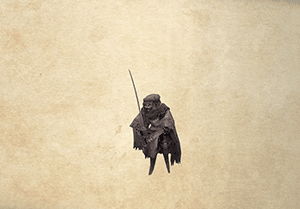 Use the Save Crystal to save your game and then approach the Sandsea Moogle near the north bank (which will cause the Urutan-Yensa nearby to flee). The Moogle will ask you if you would be willing to help the Urutan-Yensa – choose the “Tell me” option. The Moogle will explain that there is a huge tortoise-like creature that they want you to take down and that they will reward you if you are successful. Leave the area heading west. 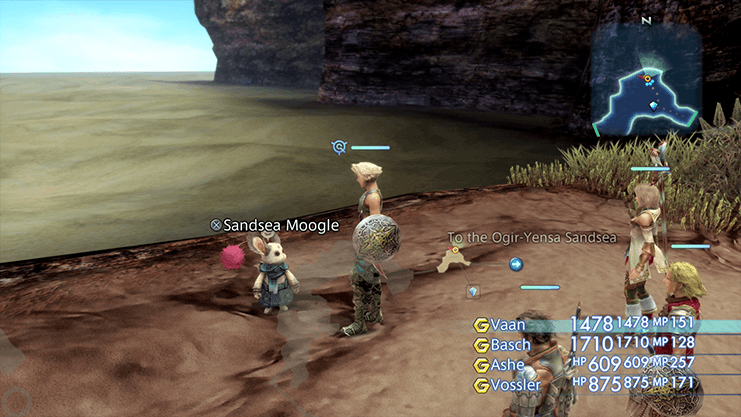 Travel west and then south straight through this region, across the docks and into the next area. 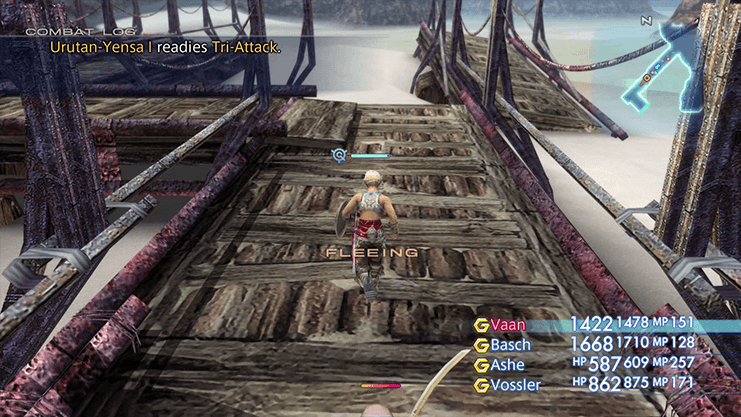 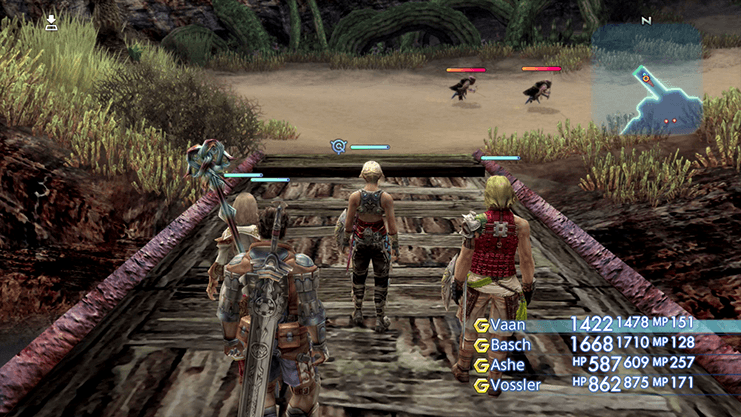 There is no way to prevent Vossler from attacking the Urutan-Yensa but you can set up your team with Gambits to make sure that they only target the party leader’s target. Check out the Gambits section for more information. Use Wind-based Magick spells if you are having trouble doing enough damage to it as it has a lot of HP. 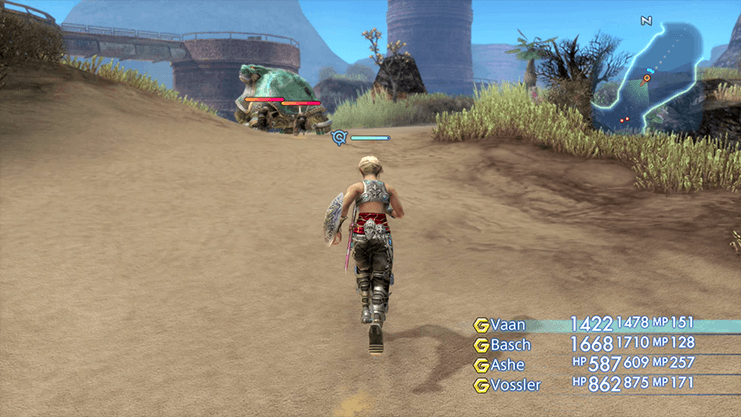 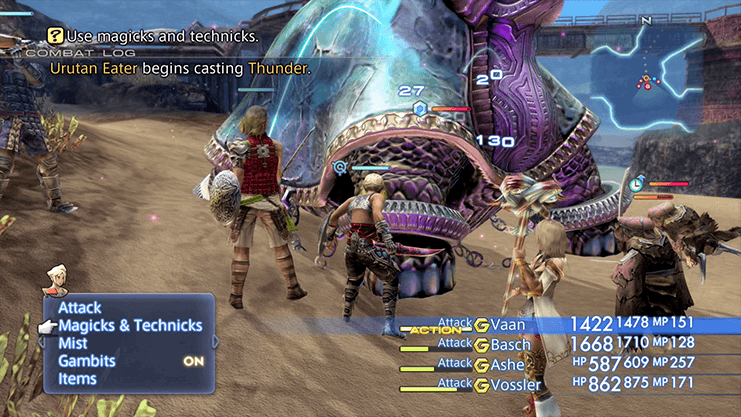 Return to the Moogle and speak to him after the Urutan Eater has been defeated. The Moogle will explain that the Urutan-Yensa that asked for help was last spotted heading back into the Ogir-Yensa Sandsea, so head to the east, back into that area.

A short cutscene will take place once you get part of the way up the refinery structure. Follow the creature and the Moogle back to the Sandscale Bank for another short cutscene. Examine the Rogue Urutan Flower and pick the berries to receive “a bunch of 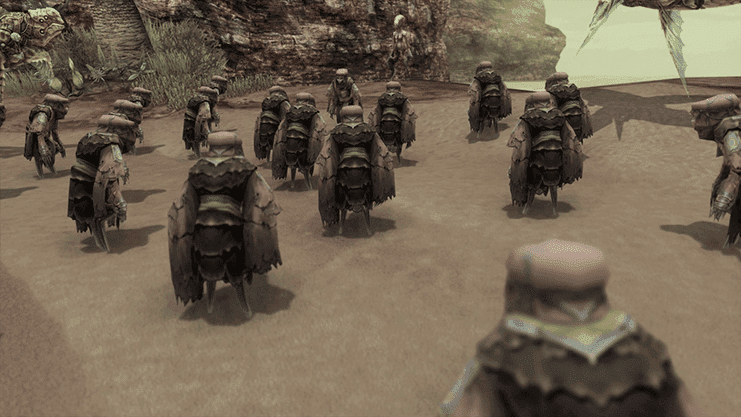 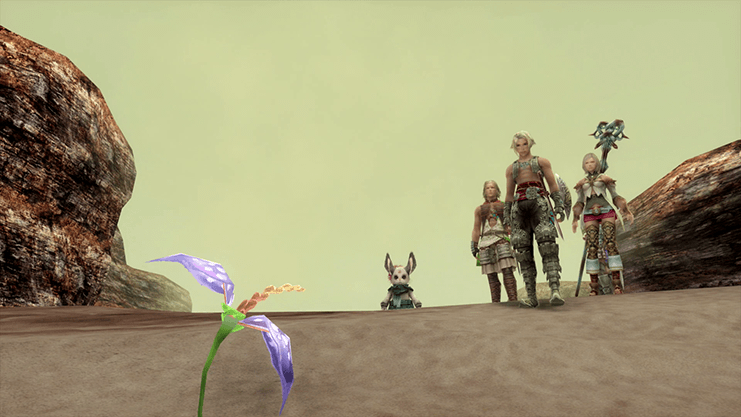 Travel west through the Urutan-Yensa Sea and back down to the Withering Shores. Travel westward into the Demesne of the Sandqueen zone. Walk out on to the platform to find a treasure chest that contains a

Balance Magick (marked by a “1” on the map below) and continue westward to the Trail of Fading Warmth.

Embroidered Tippet (marked by a “2” on the map below). 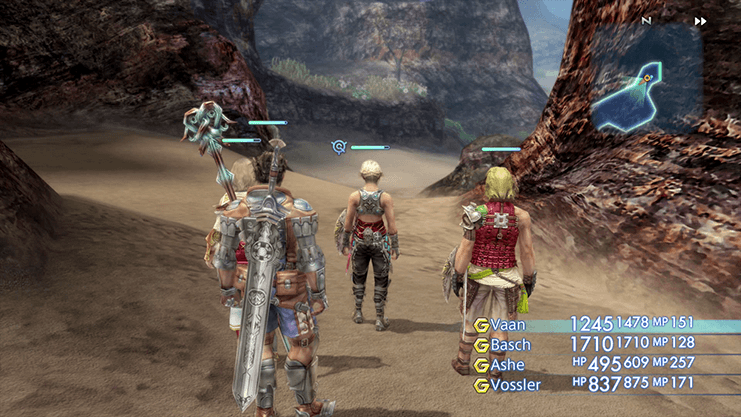 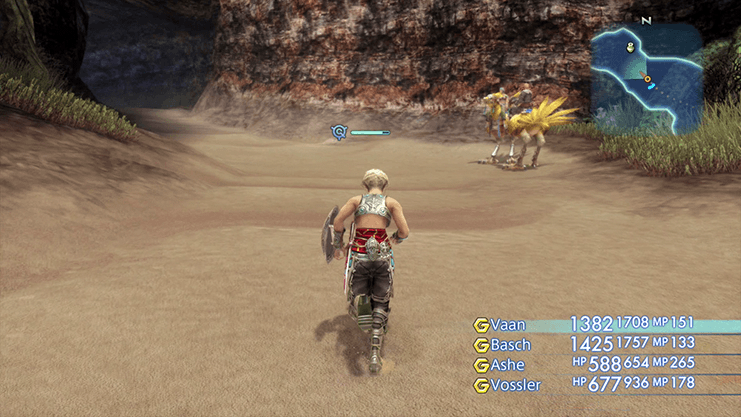 Continue westward and into the next zone. The game will give you an option to save your progress at this point as there is an upcoming boss battle just up ahead. 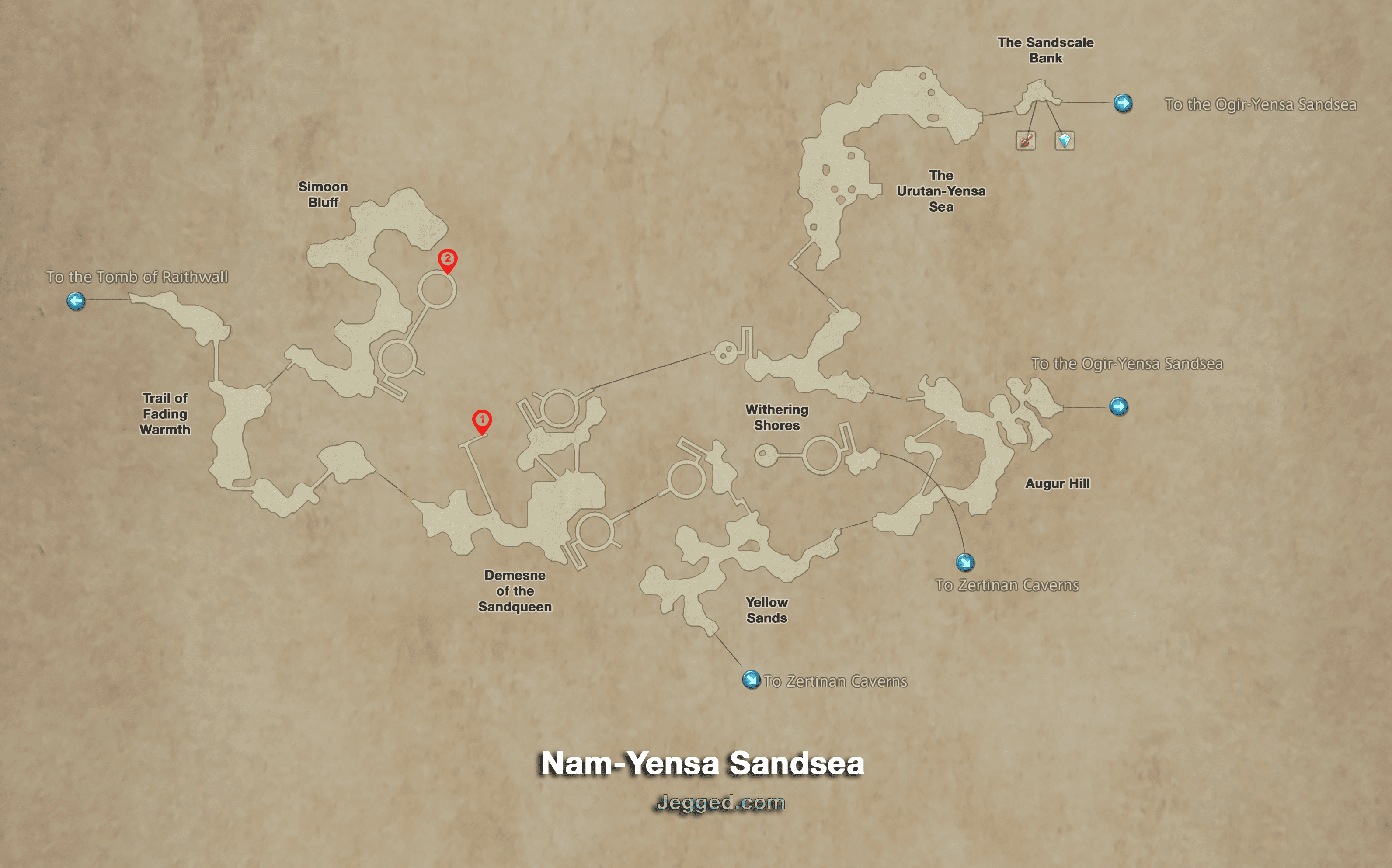 Next Page
(21) Tomb of King Raithwall