Speak to Dantro after the Hunt 3 has been completed and he will ask you to take the Cactus Flower that you received to his wife. His wife can be found on the South Bank of the Nebra.

The Banks of the Nebra can be found directly north of the Outpost where Danto is located, still in the Dalmasca Estersand. Travel through the Yardang Labyrinth (where the Flowering Cactoid was located) exiting on the north side to reach the Sand-Swept Naze. From there, enter the Banks of Nebra and into the South Bank Village. 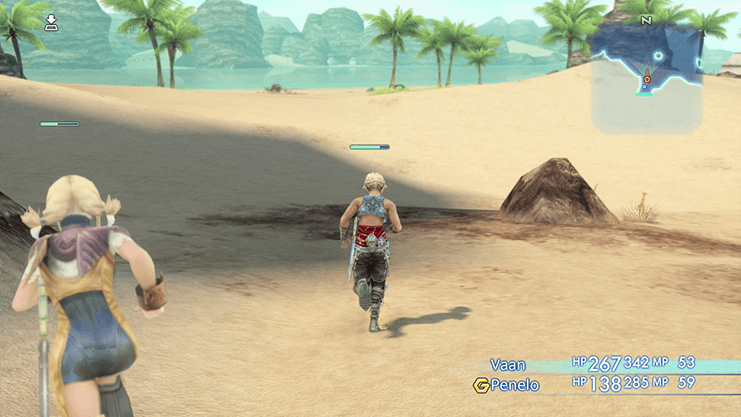 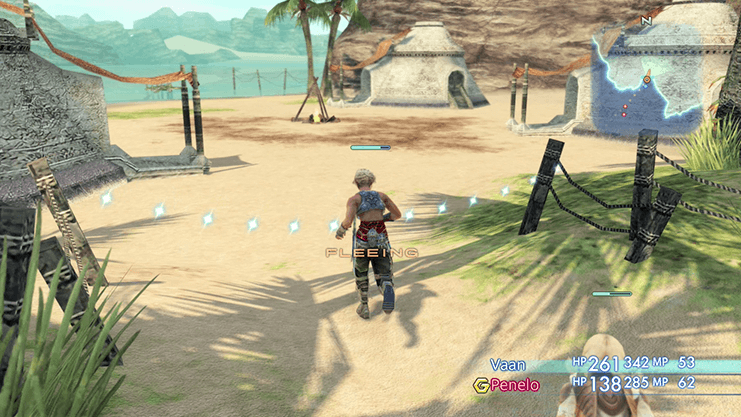 Dantro’s Wife can be found standing in front of one of the huts. Speak to her and provide her with the Cactus Flower to help heal the sick traveler that she is taking care of. She will reward you with a Bundle of Needles for your troubles.

Next, she will ask you to gather some Semclam Shells for her. Two of the Semclam Shells are located in the South Bank Village – you do not have to leave the area. Three more can be found out on the shores along the Banks of the Nebra. Walk down to the beach and search for the “Mysterious Glint” which is fairly easy to spot. Pick up the Shells and take them back to Dantro’s Wife. She will ask for one more item called Nebralim. 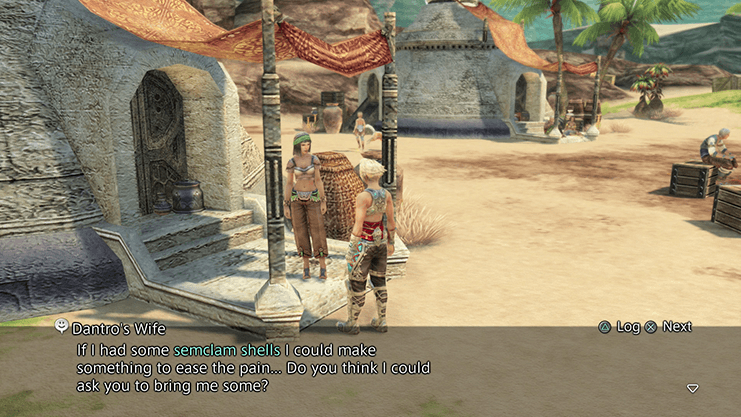 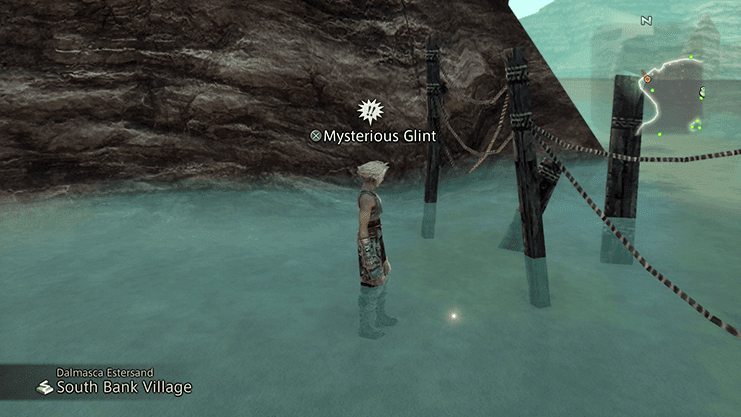 The Nebralim can be found back at the Outpost. Speak to Dantro again and he will mention that the Nebralim is on the nearby crates. Walk over and examine the Small Phial to obtain the Phial of Nebralim. Carry it back to the South Bank Village and give it to Dantro’s Wife. The last item that she asks you for is Valeblossom Dew which can only be obtained in the Broken Sands. 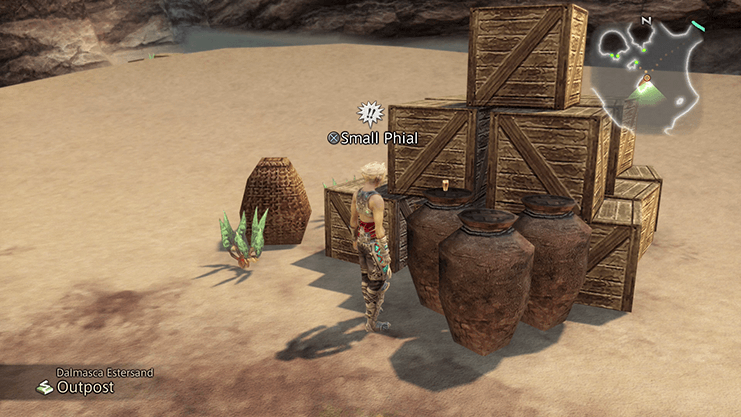 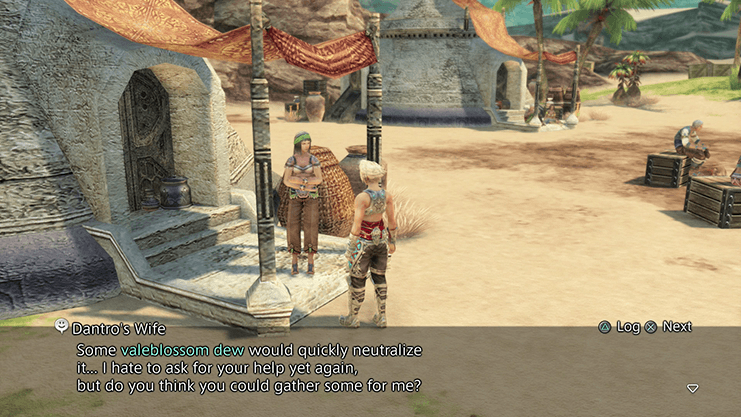 You need to wait until later on in the game, namely, after you complete Hunt 05: Marauder in the Mines (Nidhogg - Rank I) and after the events in the Tomb of King Raithwall.

After completing the Tomb of King Raithwall…

In order to complete the Desert Patient side quest, you must now complete another side quest to gain access to the North Bank Village: 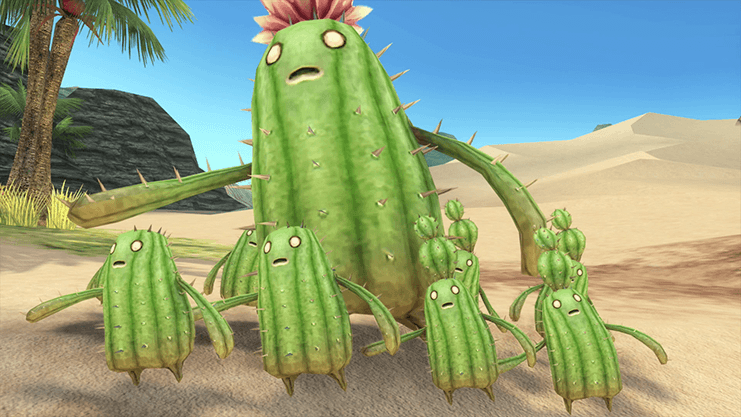 The Valeblossom Dew that Dantro’s Wife asked for previously can now be found on in the desert area to the north of the North Bank Village. Speak to Tchigri again to cross the river back to the village, speak to the Moogle from the Cartographer’s Guild to buy a map and exit the village on the north side.

The enemies in this area are fairly powerful if you complete this side quest as early as it becomes available. The best course of action to get through this area as quick as possible is to hug the wall on the right side of the screen and run past all of the enemies heading north. 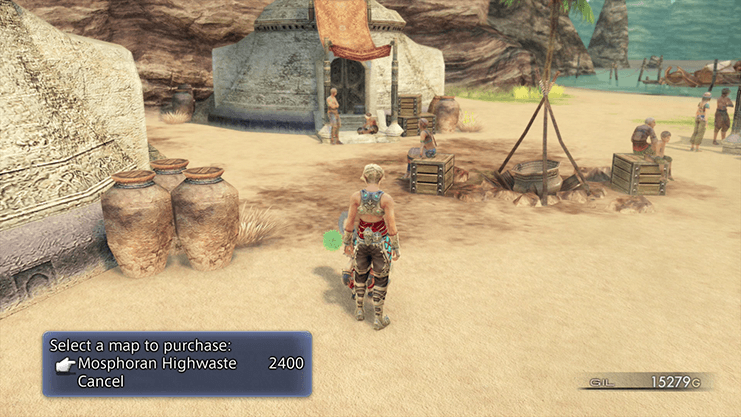 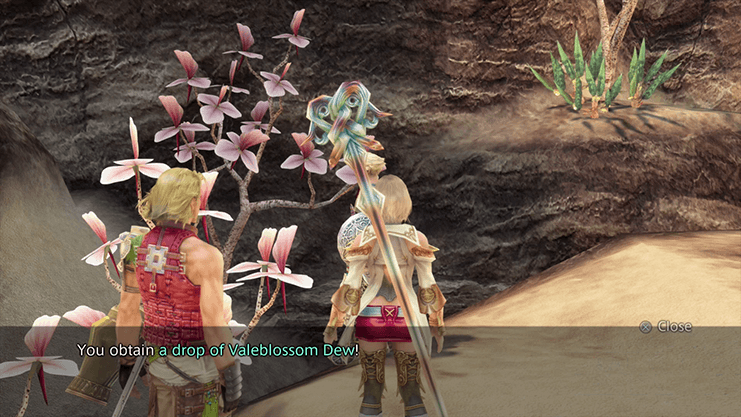 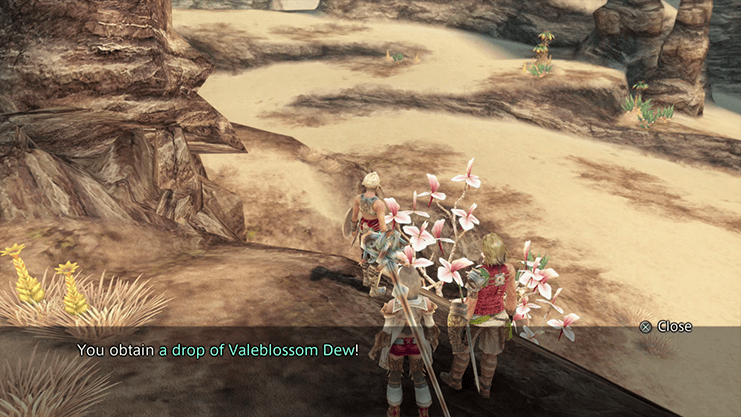 Travel back to Dantro’s Wife and speak to her one more time. She will take the Valeblossom Dew and then ask Vaan for a Great Serpentskin which is the reward for completing Hunt 05: Marauder in the Mines if you have it on you. 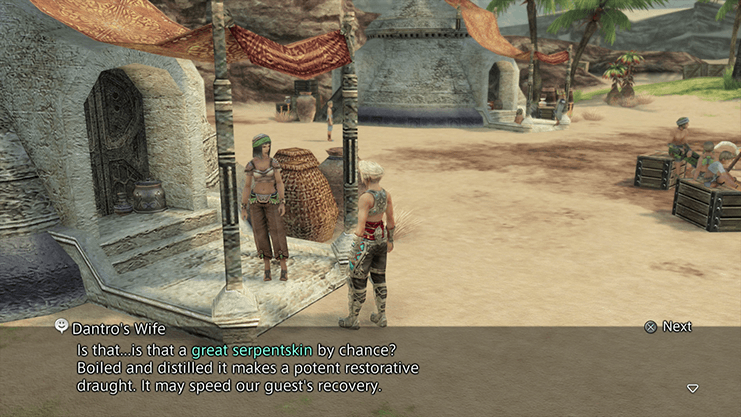 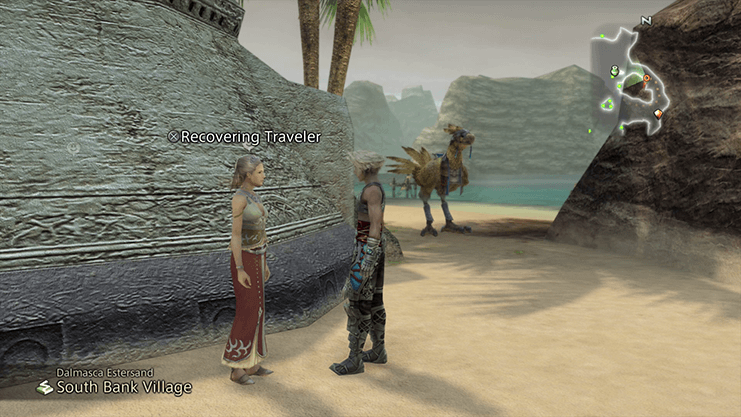 Speak to her one more time, leave the area, re-enter the area and speak to the recovering traveler behind her house to obtain the Barheim Key. Depending on how many items were given to Dantro’s Wife each time you spoke to her, you will receive another item which will either be a

Magick Gloves or a

This concludes the Desert Patient (and Lost Cactoid) side quests.