“Emperor among the scions, able to reduce to nothing aught he strikes with a single vengeful blow of his fist, created in opposition to Deudalephon the Benevolent, scion of light.

Though he was made by the gods to quell the fiends that raged in the Otherworld, his immense strength and fearsome visage drew the fiends to his side, and turned him against his creators.

Adrammelech rose to prominence in the Otherworld, whence he led a fiendish horde against the gods, but in the end, he was defeated.”

Adrammelech is located in the Zertinan Caverns and you can challenge the Esper anytime after you have reached the Ozmone Plain. However, the battle is fairly difficult at this point in the game, so it is recommended that you attempt it later. Specifically, you should be able to complete the battle by the time you reach the Phon Coast.

Before you depart to the Zertinan Caverns, you should make sure you stock up on a few things:

- Purchase the “Foe: Undead” Gambit from Yamoora’s Gambits in Rabanastre in the original PlayStation 2 version of the game. In the Zodiac Age version you can rely on Gambits such as: Foe: lowest max HP or lowest level
- Purchase a few

Warp to the Dalmasca Westersand which will land you in the Western Divide region. Travel to the Shimmering Horizons area and enter the Zertinan Caverns. 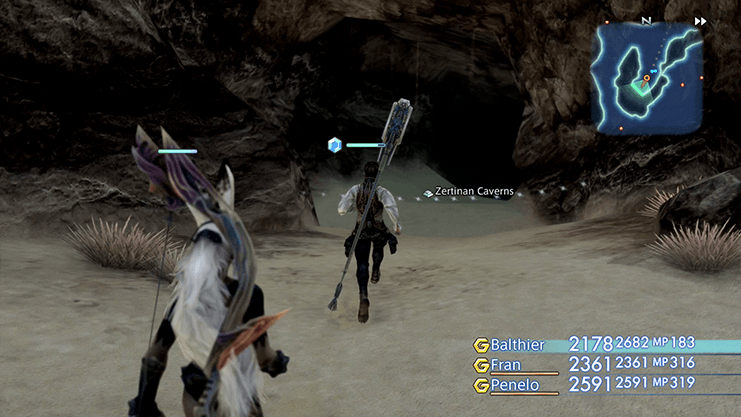 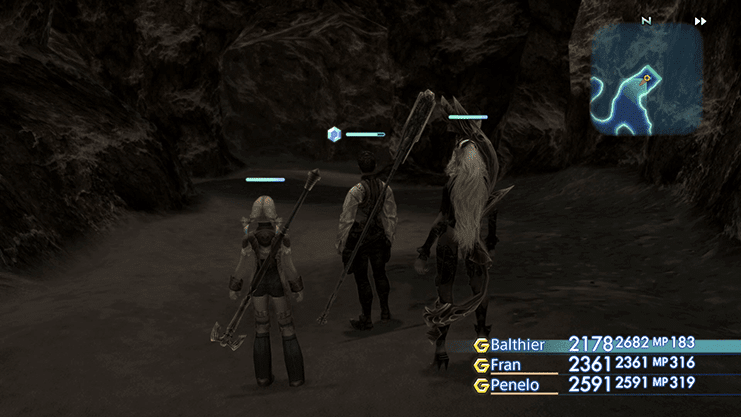 Go through the Invitation to Heresy zone heading west. Go south once you reach the Sandfalls into an area called the Hourglass Basin. You will have to push a large rock into the center of a sand pool in order to continue along the pathway.

Travel south one more time into The Undershore and you will find a Save Crystal in this area which you can use to save your game. Travel back north into the Hourglass Basin and head west into the Athroza Quicksands to find the area where Adrammelech is located. You will know when you are in the right area when there is static affecting the mini-map in the top right corner of the screen. 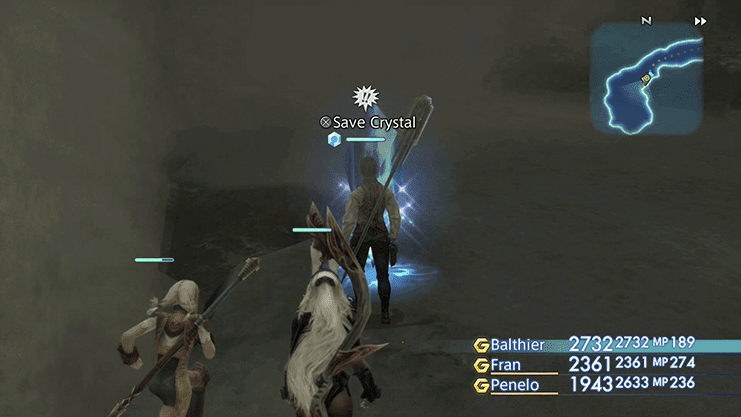 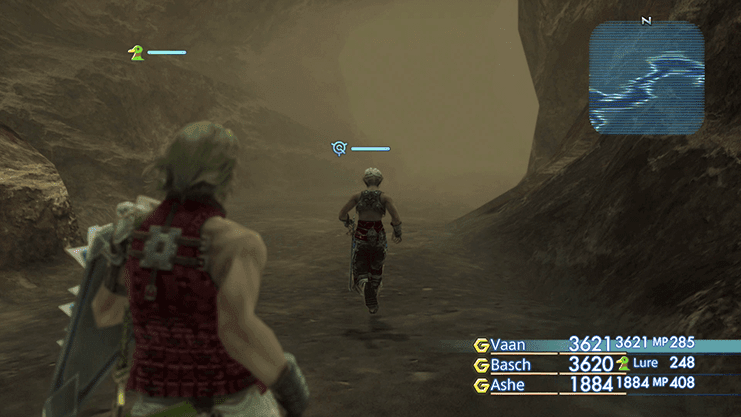 Adrammelech is not too powerful on its own, but it raises Shambling Corpse enemies around it to aid it in battle, and they will keep spawning for the duration of the fight. It is easy to become overwhelmed if you don’t focus on bringing them down as they pop up. 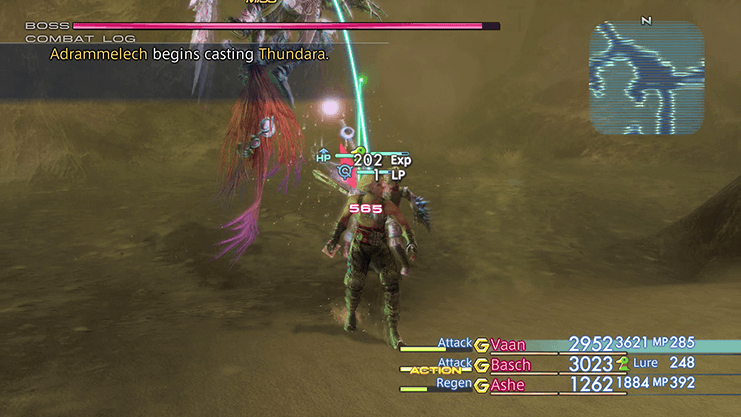 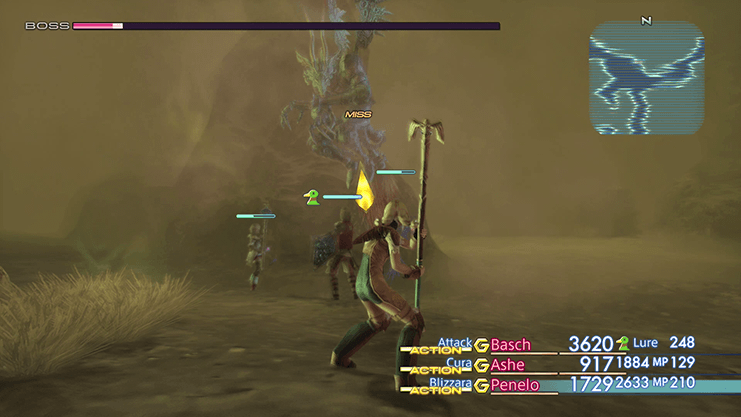 The other difficult aspect of this fight has to do with a few of the status effects that this Esper can hit you with. For starters, its Thundaja move can cause the Stop status effect, which can be deadly if it affects a few of your party members at the same time. You can either use a

Remedy or equip a

Power Armlet to prevent your characters from being impacted by Stop.

The second deadly status effect is called Bleed (or Sap). This effect will slowly decrease a party member’s HP over a set amount of time (similar to Poison). It can be countered by casting

As mentioned above, make sure that you come prepared with the “Foe: Undead” Gambit and a few

Set up your characters with ranged weaponry as Adrammelech is a flying-type enemy that cannot be hit with regular melee weapons. That being said, you may wish to leave one of your characters equipped with a melee weapon (such as your tank) so that they can focus their attacks on the Shambling Corpses that spawn around Adrammelech. 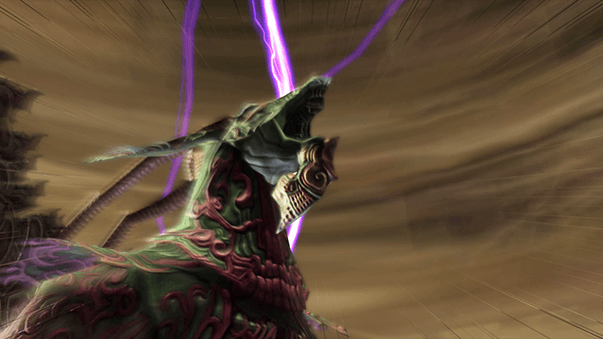 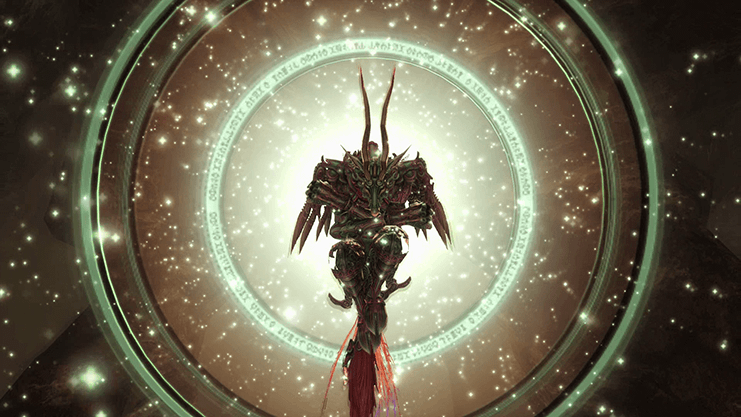 This can be done easily by setting up a Gambit using “Foe: Undead” or “Foe: lowest max HP” or “Foe: lowest level” to ensure that one (or more) of your party members focuses their attacks on the undead enemies first and foremost. You can use curative spells to do damage to Undead enemies, but this is usually less affective and more time consuming than attacking them outright.

A video demonstrating the fight is included below (a video from the original version is further down the page):

Bubble Belts if you are having trouble surviving the onslaught.

Congratulations – you now have Adrammelech as an Esper which you can use in battle! 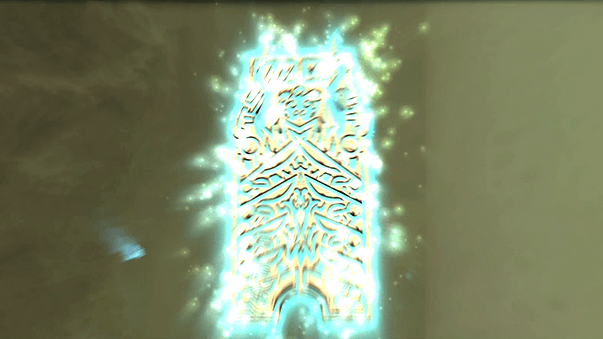 Adrammelech can be summoned in battle; its attacks include Flash Arc, which is a Lightning-based attack similar to a

Thunder spell and Judgment Bolt, which is Adrammelech’s ultimate attack. It sends out a ton of Lightning attacks to all enemies in the area.

This battle is linked to from the Phon Coast section of the walkthrough. Click on the link to return to that page.

The optimal choice is to obtain the White Magick 4 License for your Time Battlemage. Alternatively, you may want to consider obtaining the Battle Lore License for your Foebreaker if you have no other means of accessing it.