This hunt becomes available any time after you have completed the Ancient City of Giruvegan and the Great Crystal. You should return to Balfonheim Port to speak to Reddas and have him join your party before starting this hunt as having Reddas in your party will be helpful. That being said, as a Rank V Mark, Piscodaemon is relatively easy at the stage of the game where you receive the Bill for it.

Ivaness is located at the top of Mt Bur-Omisace just outside of the ruined Temple. Use the screenshot and the map below to help you find him: 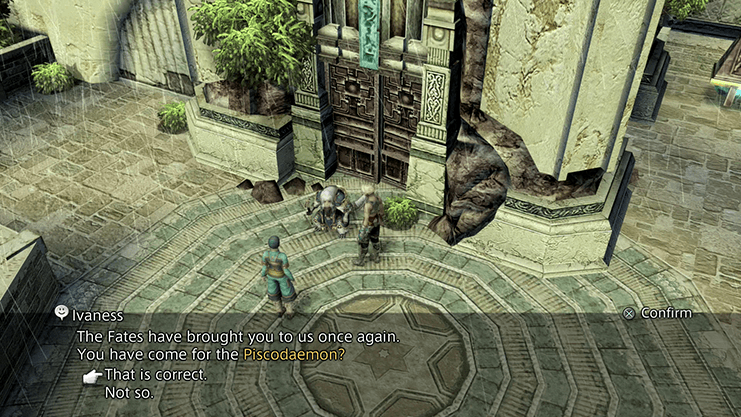 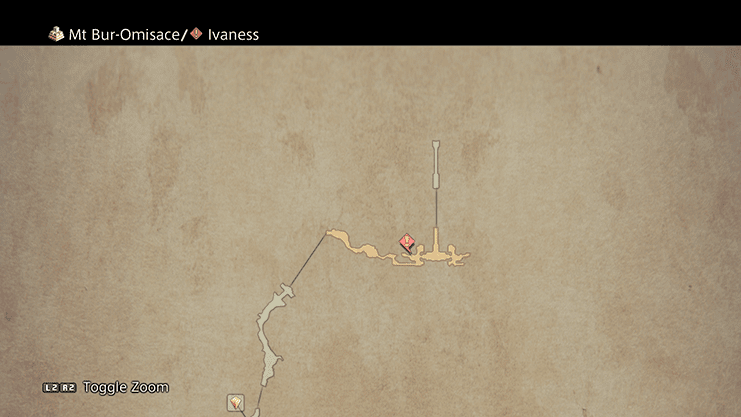 Getting back to where this Mark is located requires a lot of running. Warp to the Save Crystal in Giruvegan and travel all the way back to the Gate of Fire. This involves going west through the Gate of Water, through the Trimahla Water-Steps, the Aadha Water-Steps and the Haalmikah Water-Steps.

Piscodaemon is located on the west side of this zone. You should take efforts to defeat as many of the surrounding enemies as you can before engaging the Mark. 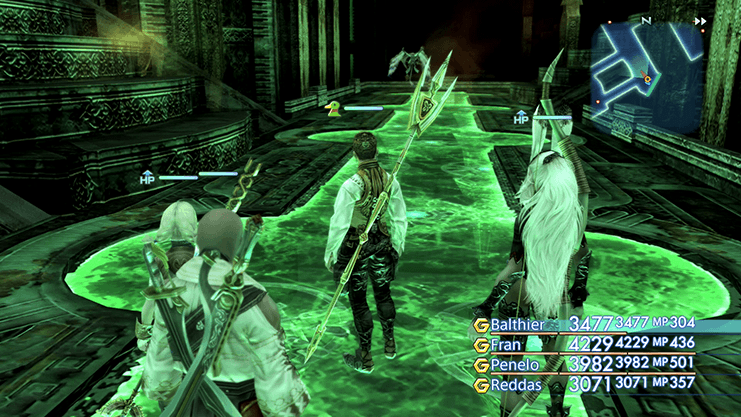 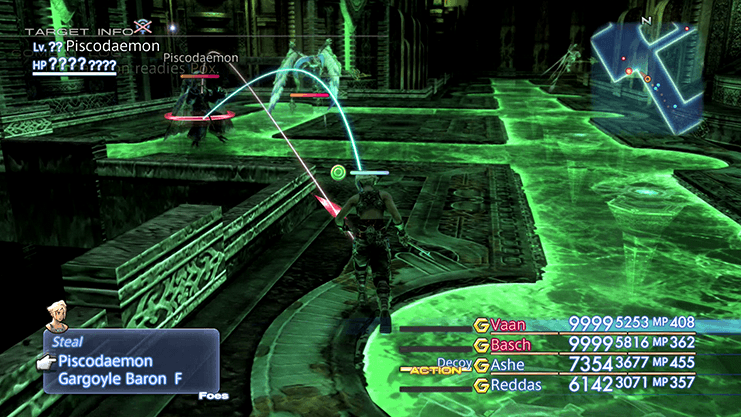 As mentioned previously, this is a fairly easy battle as there is a fairly high probability that you are higher leveled than Piscodaemon by the time you receive this Hunt.

Equip your characters with

Black Belts to deal with the Disable status effect that can be caused by Piscodaemon’s Pulsar Wave attack. Keep

Shell active as well to reduce the amount of damage done by Magick-based attacks and reduce the likelihood of negative status effects hitting your characters. 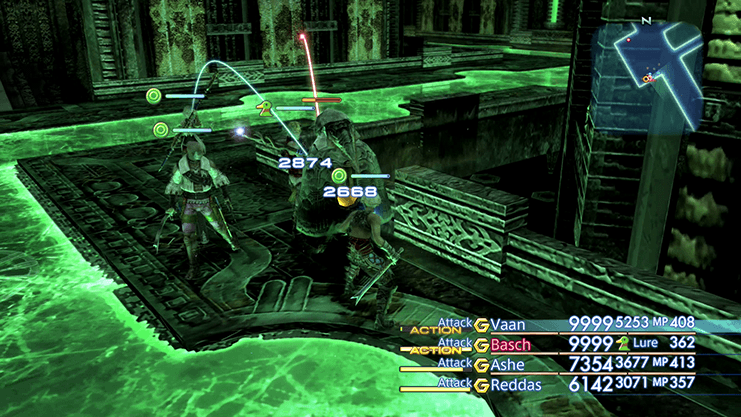 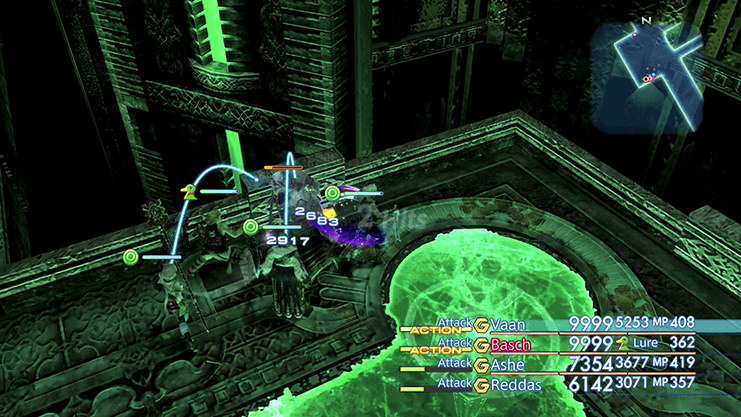 All of Piscodaemon’s attacks are Dark-based Magick, so equip any equipment that you might have that has a resistance to Dark. Aside from that, the battle is straightforward. Try not to move around too much to avoid having any of the nearby enemies join the fight.

Return to Ivaness at the top of Mt Bur-Omisace to receive your rewards which include 3,800 gil, some

Dark Shot and a 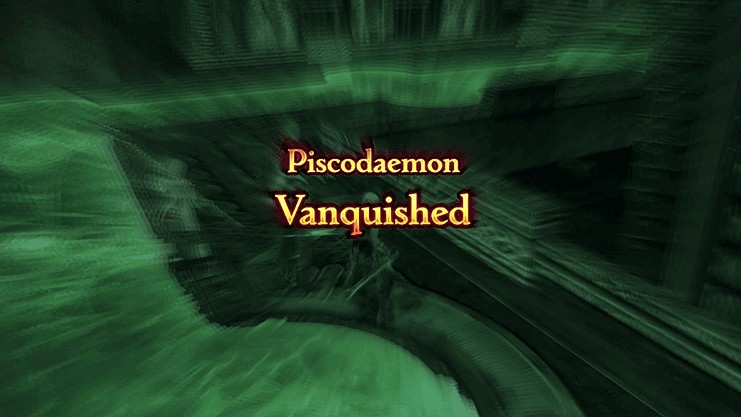 This Hunt is normally completed after Reddas has joined the party when they return to Balfonheim Port for the second visit. Click on the link to return to that section of the walkthrough.