This Hunt can be completed any time after you have gone through the Draklor Laboratory after reaching the Imperial City of Archades. You can pick up the Bill in the Whitecap tavern in the Port of Balfonheim.

The ‘Insecure Seeq’ is hiding at the back of Bulward’s Technicks shop in the Molberry zone of the Imperial City of Archades. 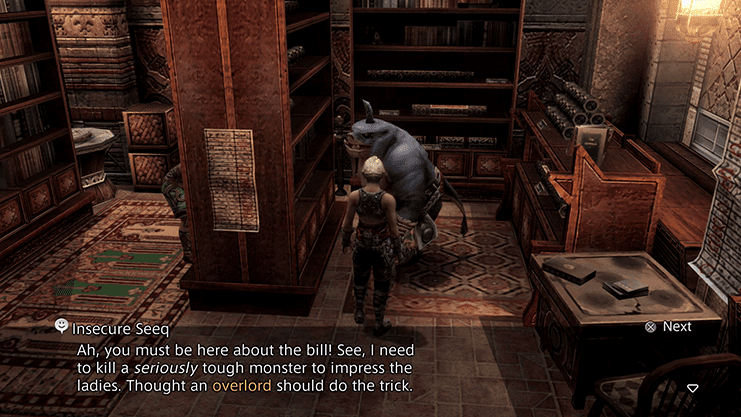 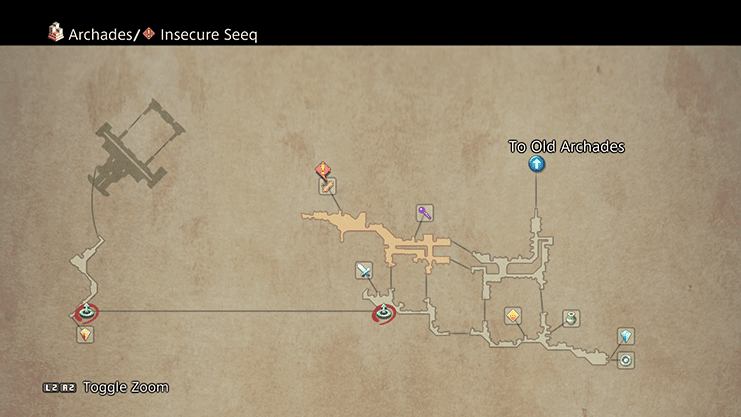 The Insecure Seeq will join you for this battle however he is extremely weak to Fire-based Magicks which means that he will not last long during this fight. He can also cause problems if you have an Ally: All Gambits setup to buff your party members. He is immune to

Bubble, for example, which means that if you have an Ally: All >

Bubble Gambit, that party member will just keep casting it and wasting their MP.

Set up some buff Gambits but make sure to turn them off once you initiate the fight. You may even want to turn them back on again if the fight goes on too long. As mentioned above, the Insecure Seeq will likely be killed off fairly early in the fight, which will prevent you from wasting MP with an Ally: All Gambit. 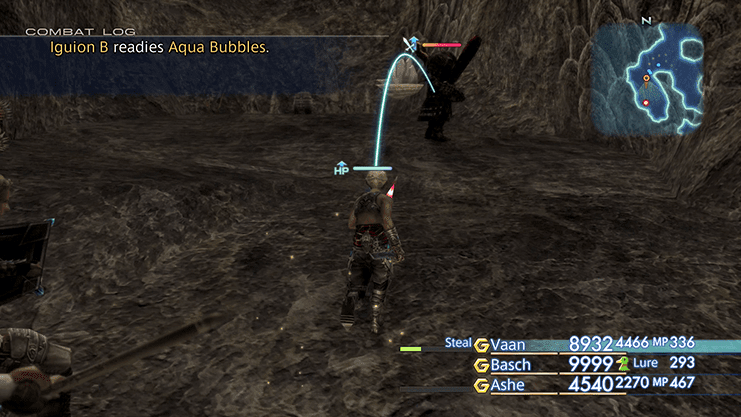 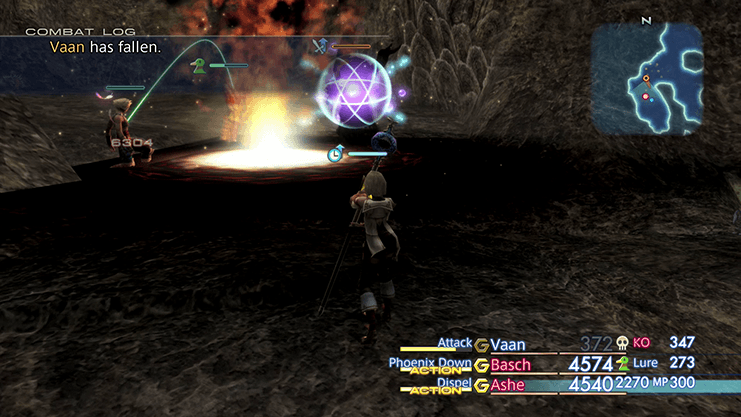 Make sure to set up a

Dispel Gambit to deal with Overlord’s

Bravery buff. Overlord does a ton of damage, which is exacerbated with the

Dispel it and spread your party around so that they can’t all be hit by Area of Effect (AoE) attacks such as Pyromania. You should also set up a Gambit to keep

Slow cast on it at all times. It is very easy to get overwhelmed by Overlord’s damage dealing capabilities during this fight, but bring it down quickly and you will have no problems.

Return to the Insecure Seeq back in the Imperial City of Archades to retrieve your rewards which include 3,500 gil, two

Click on the following link to return to the Balfonheim Port section of the strategy guide.