Hunt 14: A Chase Through the Woods
Vorpal Bunny - Rank III

Nera, who can be found half way through Eruyt Village. Use an orange Save Crystal to teleport to the village and follow the pathway up to the large circular area. Nera is sitting on the side wall as shown below. 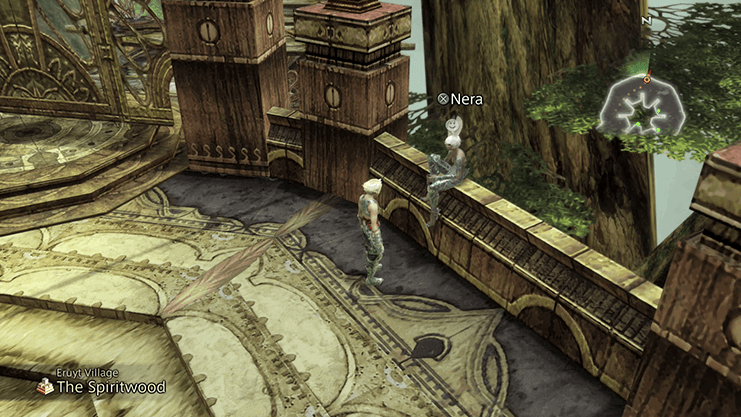 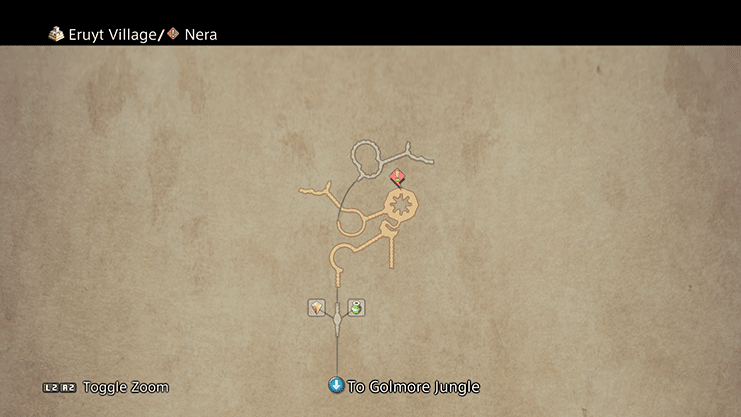 The Vorpal Bunny wanders through the Rustling Chapel area of the Golmore Jungle. It is best to clear the area of other enemies as much as you can because Vorpal Bunny will run away from you frequently, throwing you into battle with addition enemies that you come across.

The “battle” against Vorpal Bunny is less of a battle and more of a pursuit and chase. The Vorpal Bunny will continue to run away from you rather than stand and fight. The difficulty of this Hunt is that the Vorpal Bunny will heal itself periodically and may entirely regenerate its HP if you let it get too far away. 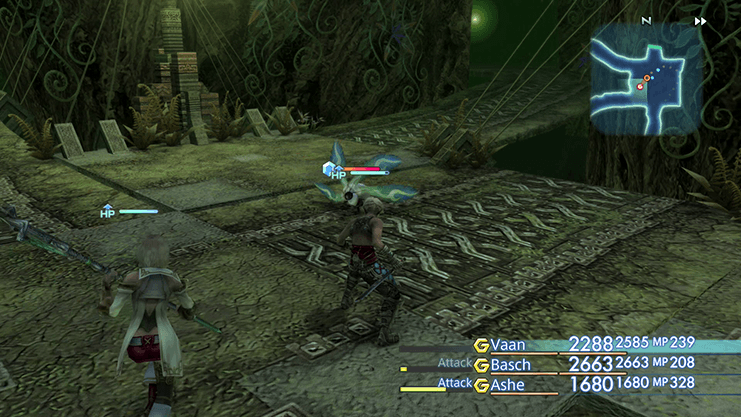 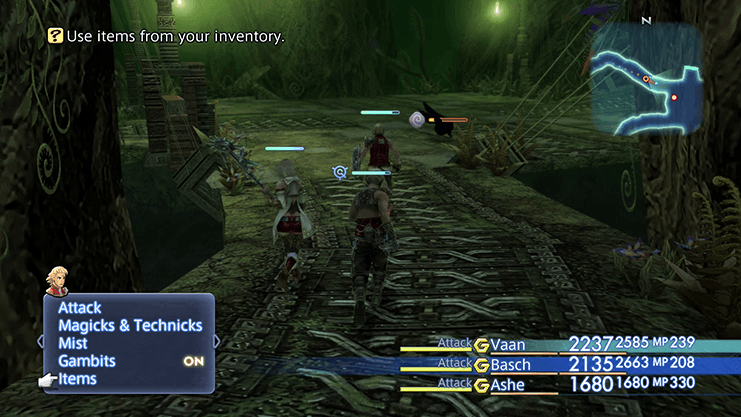 The first thing that you should do, and continue to do throughout the battle, is cast

Dispel on Vorpal Bunny to remove the

Dispel is a newly available spell which becomes available after the events at the Stilshrine of Miriam and after defeating Judge Bergan; go back to Rabanastre and buy the spell if you did not pick it up.

Chase it down and hit it either with regular attacks or with Magick spells, which can be much more effective. Don’t be afraid to let the Mark get away if you have engaged too many enemies at once. 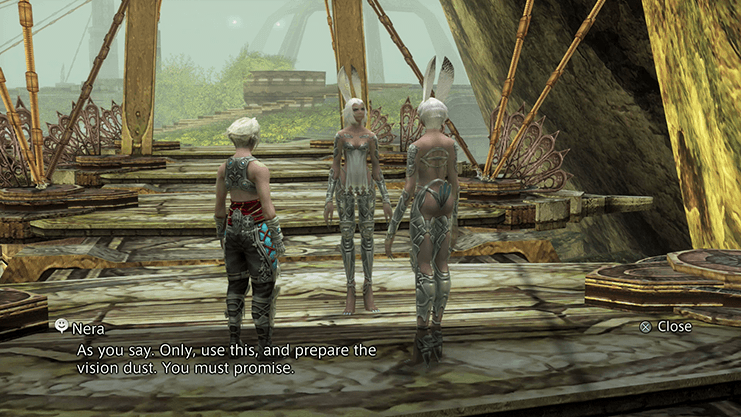 Return to Nera in Eruyt Village for a short cutscene involving her and her sister as they discuss the making of Vision Dust and becoming a Salve Maker. The reward for defeating the Vorpal Bunny is 2,000 gil, some

Lightning Arrows and a pair of

Use the following link to return to the Rabanastre Interlude page if you were at that section of the strategy guide (after completing the Stilshrine of Miriam).