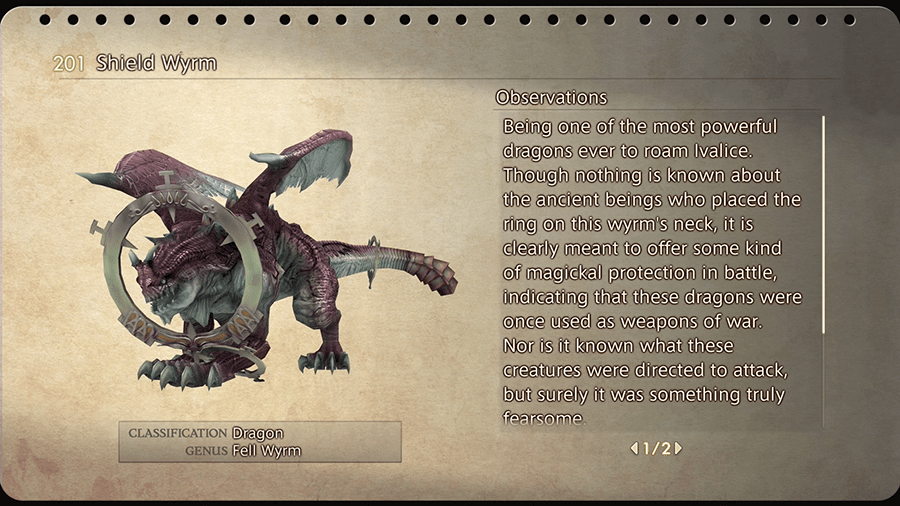 “Being one of the most powerful dragons ever to roam Ivalice.

Though nothing is known about the ancient beings who placed the ring on this wyrm’s neck, it is clearly meant to offer some kind of magickal protection in battle, indication that these dragons were once used as weapons of war. Nor is it known what these creatures were directed to attack, but surely it was something truly fearsome.”