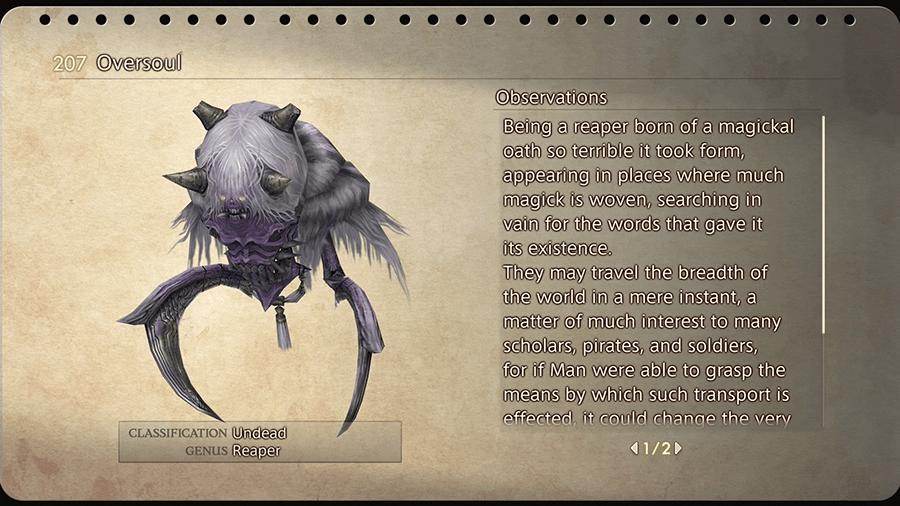 “Being a reaper born of a magickal oath so terrible it took form, appearing in places where much magick is woven, searching in vain for the words that gave it its existence.

They may travel the breadth of the world in a mere instant, a matter of much interest to many scholars, pirates, and soldiers, for it Man were able to grasp the means by which such transport is effected, it could change the very face of Ivalice.”