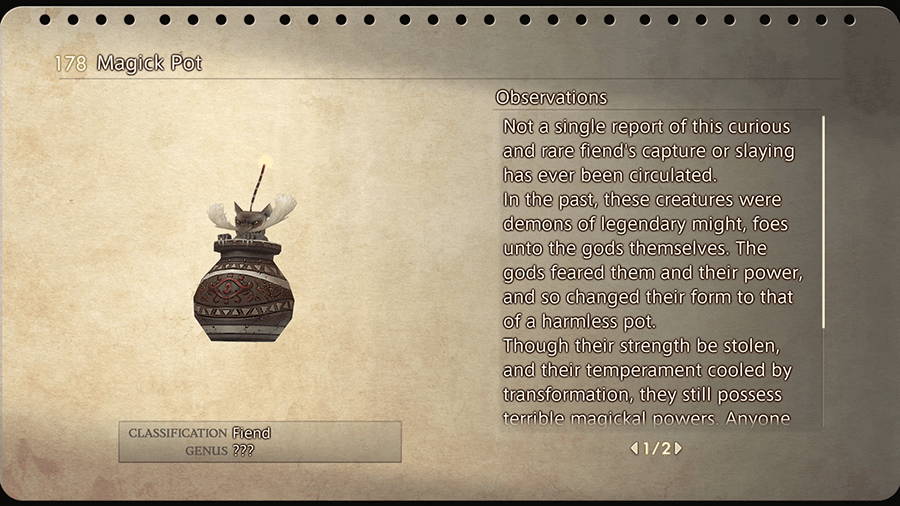 “Not a single report of this curious and rare fiend’s capture or slaying has ever been circulated.

In the past, these creatures were demons of legendary might, foes unto the gods themselves. The gods feared them and their power, and so changed their forms to that of a harmless pot.

Though their strength be stolen, and their temperament cooled by transformation, they still possess terrible magickal powers. Anyone seeking to best one of these beings is advised to approach with caution, and perhaps a show of good-will, too, lest they suspect and strike the first blow… for it might well be the last.”

So what should you do if or when you run into a Magick Pot?

The Magick Pot will not attack your party unless it is attacked first. Instead, it will continually ask for an

Elixir. Select an Elixir from your inventory and then press the

Button to target an enemy with it.

Steal Technick to steal your Elixir back from it before you defeat it.

It will run away from you to various parts of the zone, so you may want to clear the area first, but once you finally defeat it, you will be rewarded with 123 AP! 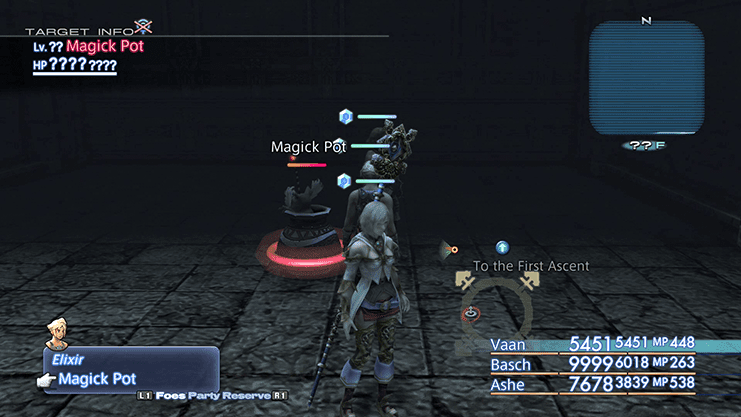