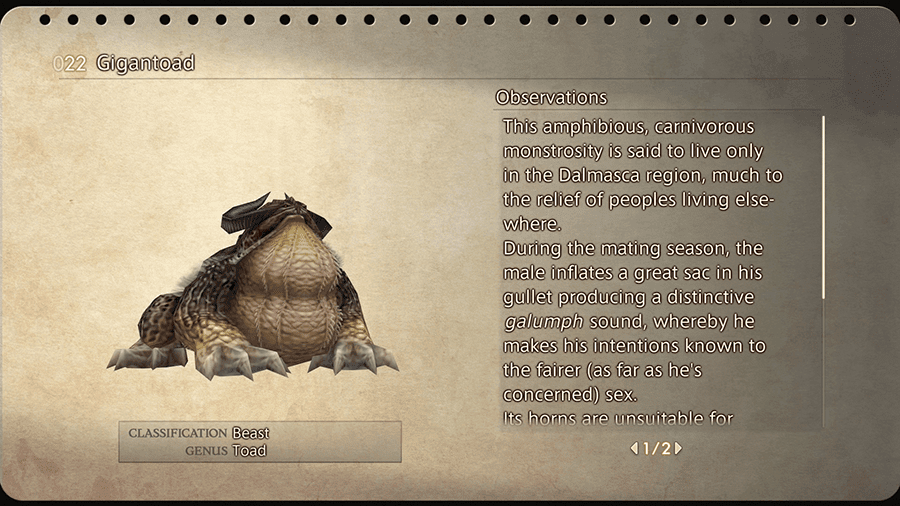 “This amphibious, carnivorous monstrosity is said to live only in the Dalmasca region, much to the relief of peoples living elsewhere.

During the mating season, the male inflates a great sac in his gullet producing a distinctive galumph sound, whereby he makes his intentions known to the fairer (as far as he’s concerned) sex.

Its horns are unsuitable for combat, and are instead used to mark territory with gouges on trees, as do some great cats, or for threatening the predatory wooly gator.

Though possessed of a relatively peaceable nature, the gigantoad is fiercely territorial and can be deadly when provoked.”