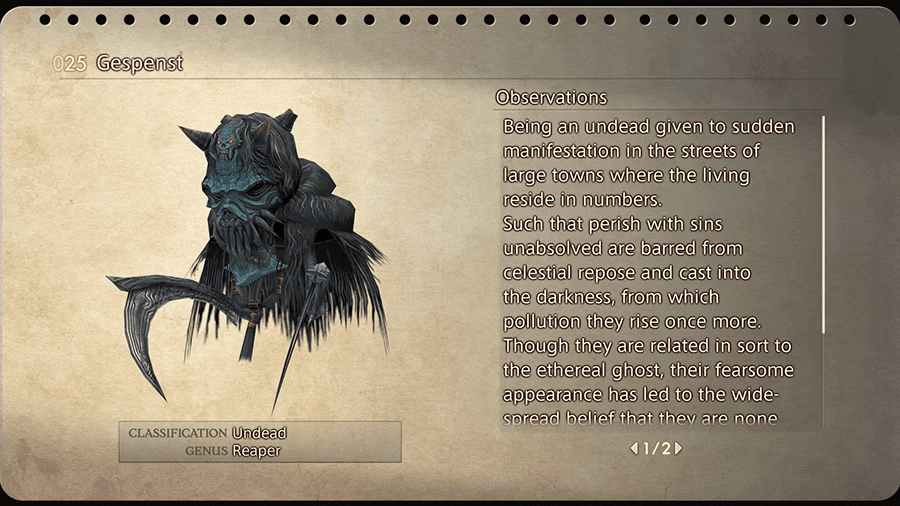 “Being an undead given to sudden manifestation in the streets of large towns where the living reside in numbers.

Such that parish with sins unabsolved are barred from celestial repose and cast into the darkness, from which pollution they rise once more.

Though they are related in sort to the ethereal ghost, their fearsome appearance has led to the widespread belief that they are none other than the very hand of Death. This has led some necromantic authorities to place them in a genus altogether separate from their ghostly kin.”