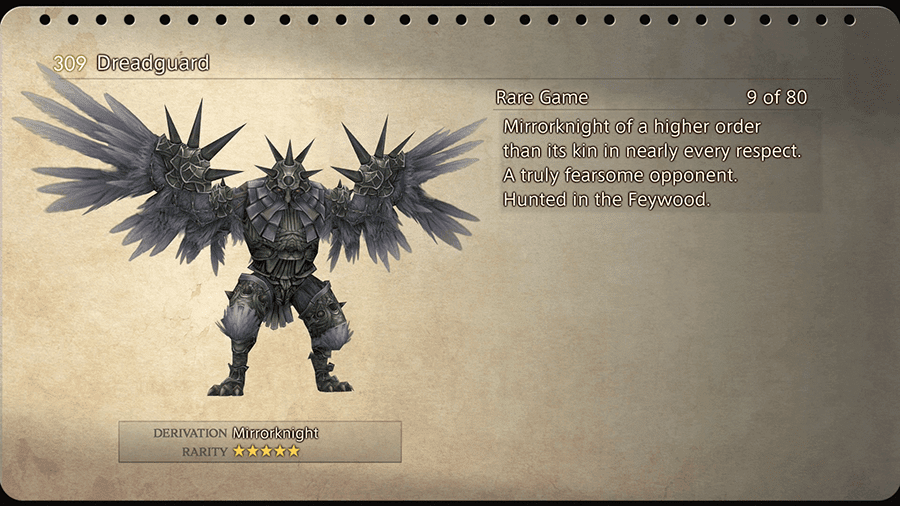 “Mirrorknight of a higher order than its kin in nearly respect. A truly fearsome opponent. Hunted in the Feywood.”

* The Dreadguard had a 40% chance of spawning when you enter the Walk of Dancing Shadow in the Feywood. Just leave and re-enter the area of it does not appear. Also, it will only appear if you have initiated the Hunt Club side quest.