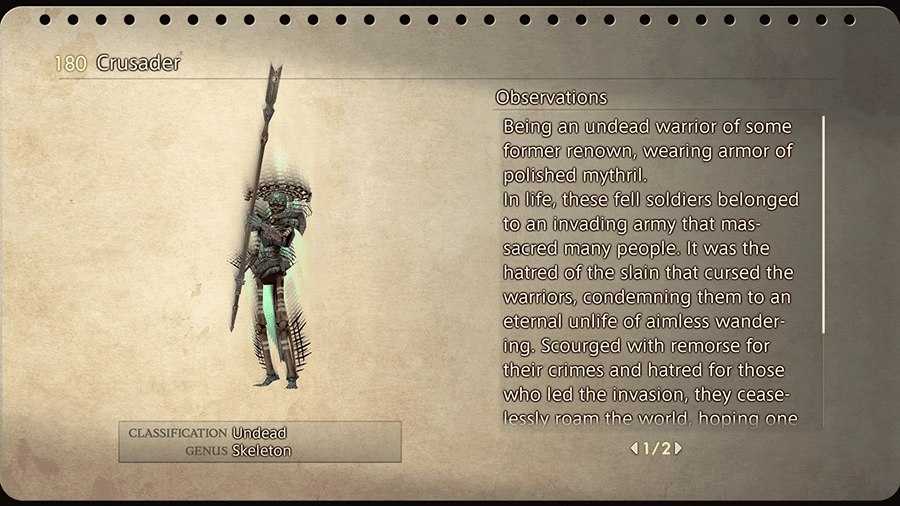 “Being an undead warrior of some former renown, wearing armor of polished mythril.

In life, these fell soldiers belonged to an invading army that massacred many people. It was the hatred of the slain that cursed the warriors, condemning them to an eternal unlife of aimless wandering. Scourged with remorse for their crimes and hatred for those who led the invasion, they ceaselessly roam the world, hoping one day to claim revenge.”