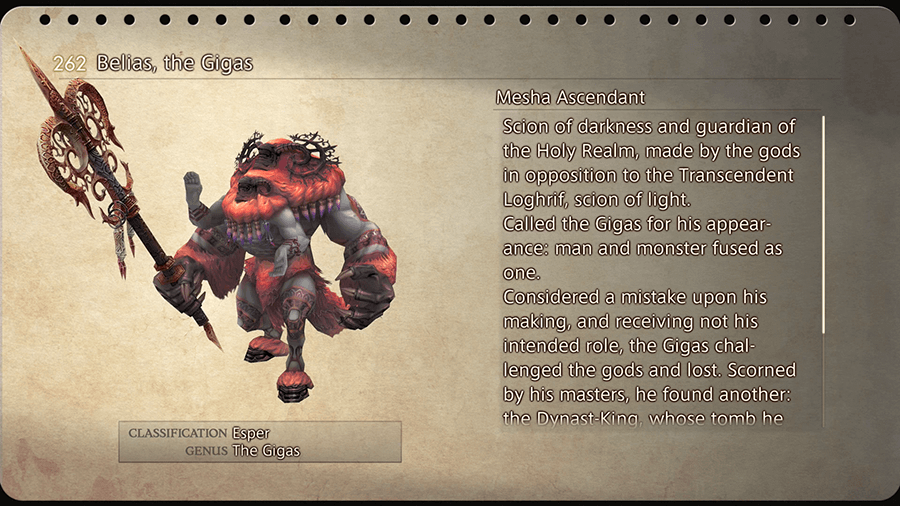 “Scion of darkness and guardian of the Holy Realm, made by the gods in opposition to the Transcendent Loghrif, scion of light.

Called the Gigas for his appearance: man and monster fused as one.

Considered a mistake upon his making, and receiving not his intended role, the Gigas challenged the gods and lost. Scorned by his masters, he found another: the Dynast-King, whose tomb he swore to protect for eternity.”

* Check out the Belias Esper page for more information on where to find this Esper and how to defeat it.