“Scion of darkness and guardian of the Holy Realm, made by the gods in opposition to the Transcendent Loghrif, scion of light.

Called the Gigas for his appearance: man and monster fused as one.

Considered a mistake upon his making, and receiving not his intended role, the Gigas challenged the gods and lost. Scorned by his masters, he found another, the Dynast-King, whose tomb he swore to protect for eternity”

Belias is located in the Cloister of Flame zone of the Tomb of King Raithwall. 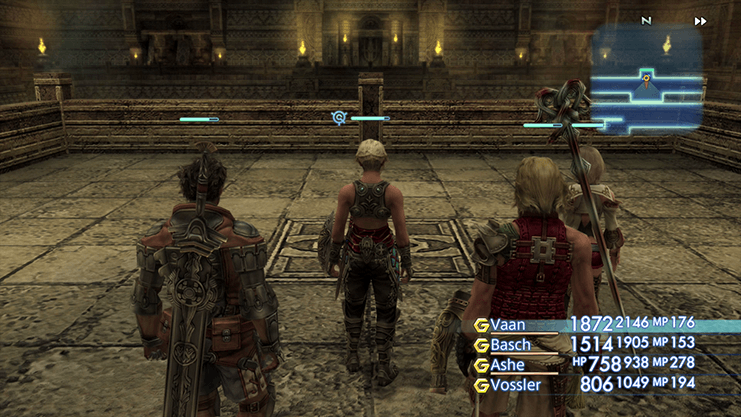 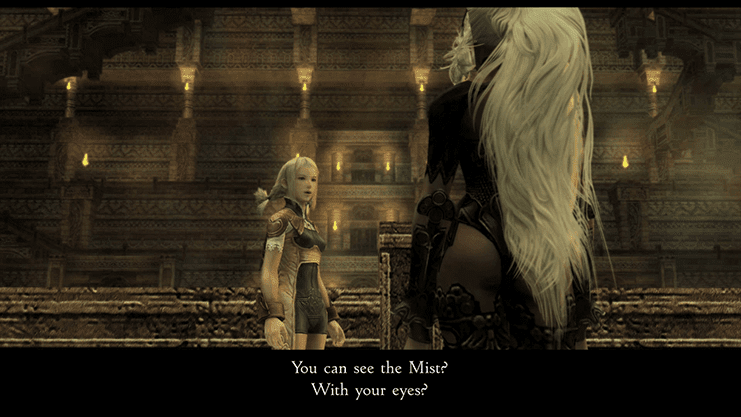 Belias is an Esper, the first one that you have encountered so far, and he is responsible for guarding the Dawn Shard.

Fire on him as it will heal him instead of inflicting damage. The most effect spell to use against him is

Aqua. Belias is susceptible to

Slow so be sure to try and inflict it early on in the fight. 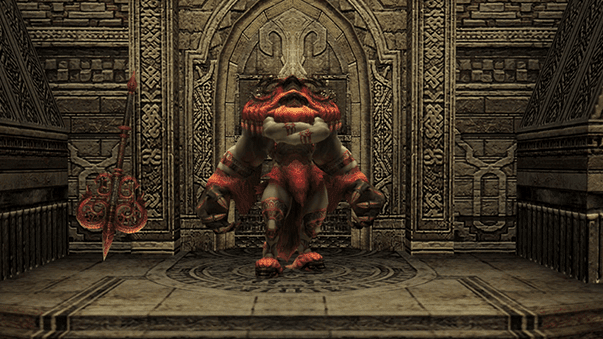 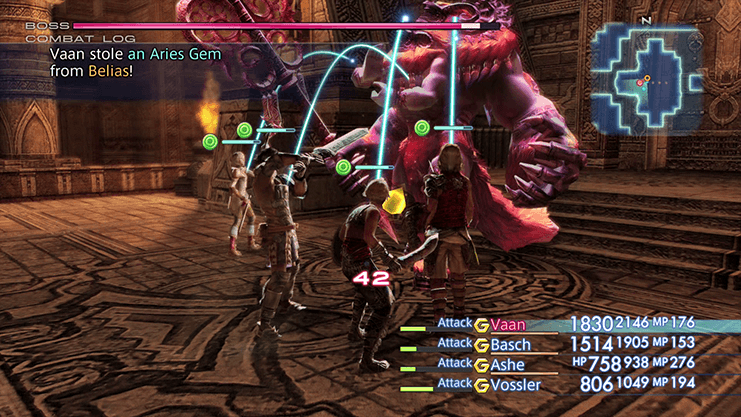 You should also cast 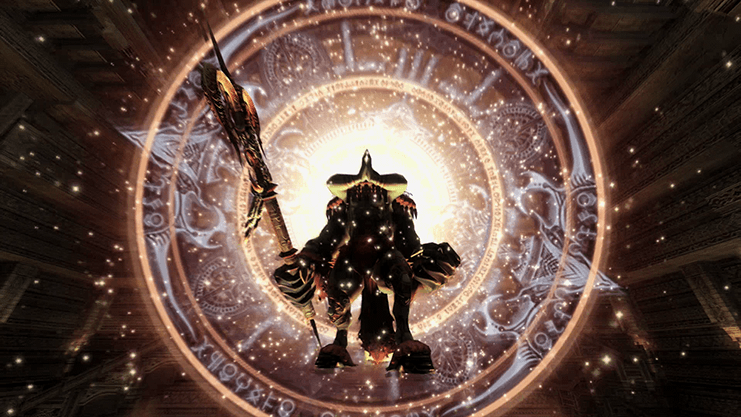 Congratulations – you now have Belias as an Esper which you can use in battle!

Belias is similar to Ifrit in previous Final Fantasy titles. His attacks are Fire-based. His standard attack is called Painflare and his ultimate attack is called Hellfire (which hits all enemies in range).

Libra can be somewhat helpful.