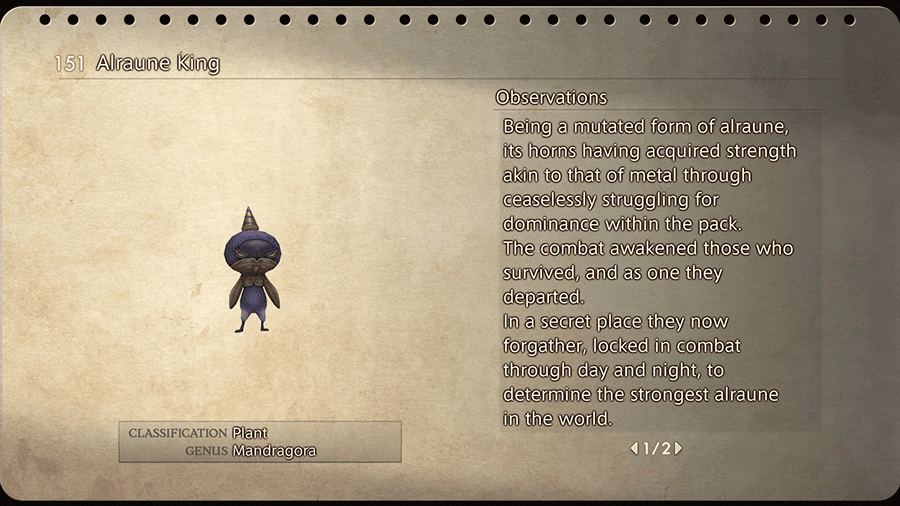 “Being a mutated form of alraune, its horns having acquired strength akin to that of metal through ceaselessly struggling for dominance within the pack.

The combat awakened those who survived, and as one they departed.

In a secret place they now forgather, locked in combat through day and night, to determine the strongest alraune in the world.”