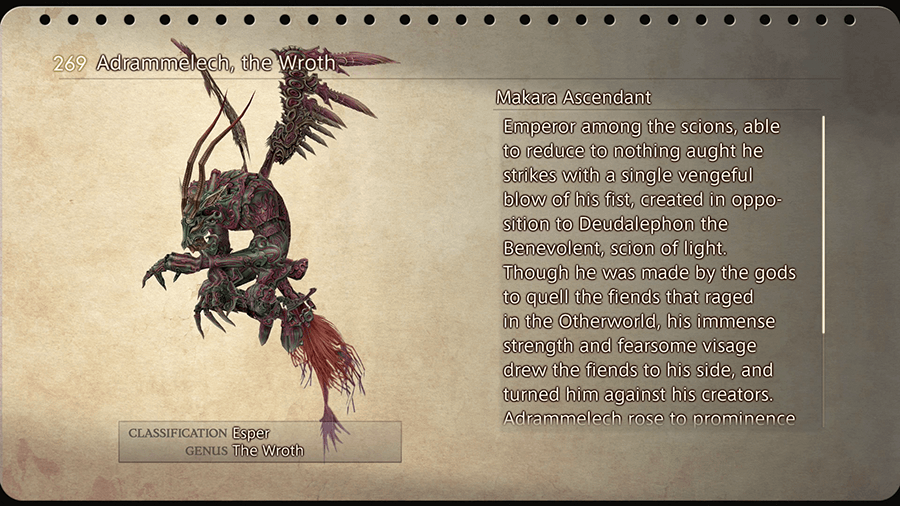 “Emperor among the scions, able to reduce to nothing aught he strikes with a single vengeful blow of his fist, created in opposition to Deudalephon the Benevolent, scion of light.

Though he was made by the gods to quell the fiends that raged in the Otherworld, his immense strength and fearsome visage drew the fiends to his side, and turned him against his creators.

Adrammelech rose to prominence in the Otherworld, whence he led a fiendish horde against the gods, but in the end, he was defeated.”

Check out the Adrammelech Esper page for more information on where to find this Esper and how to defeat it.