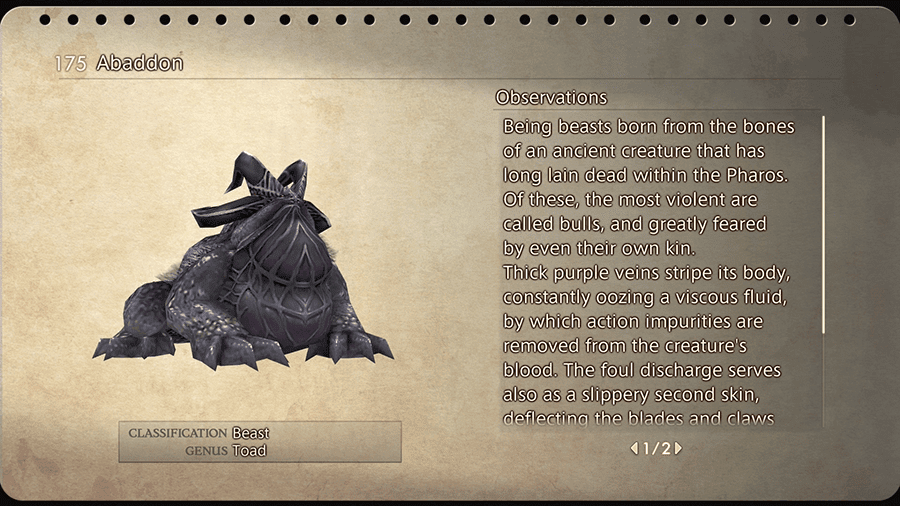 “Being beasts born from the bones of an ancient creature that has long lain dead within the Pharos. Of these, the most violent are called bulls, and greatly feared by even their own kin.

Thick purple veins stripe its body, constantly oozing a viscous fluid, by which action impurities are removed from the creature’s blood. The foul discharge serves also as a slippery second skin, deflecting the blades and claws of those who would do it harm.”