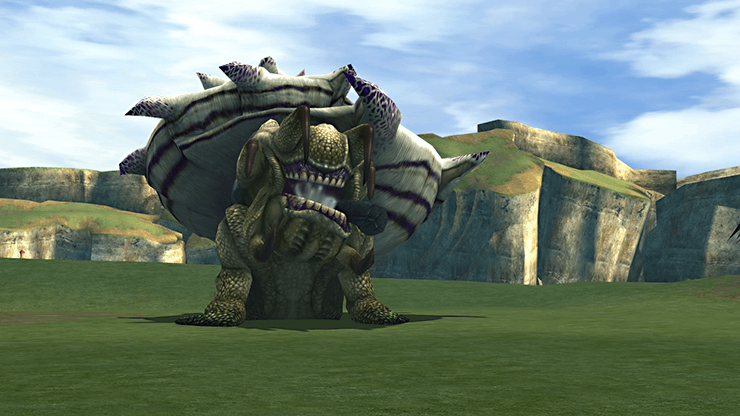 Neslug can be unlocked in the Monster Arena by capturing one of each fiend from all across Spira. This is the only Monster Arena creation that has its own creature model and does not look like any of the other creatures that you can fight within the game.

The battle is broken up in to three phases:

Phase 1) Neslug will attack you normally while wearing its shell.
Phase 2) Neslug will retreat into its shell and regenerate its HP.
Phase 3) Neslug’s shell will break and you will fight it without its shell.

You should consider power leveling your characters and obtaining the Celestial Weapons. Check out the Advanced section of the Tips and Tricks for more information. Properly leveled characters with their strongest weapons is a necessity for this battle.

You should also consider crafting strong armor that contains the

Ribbon accessory among others. Check out the Best Armor section for additional details.

The battle against Neslug is fairly standard for Phase 1 of the fight, but for Phase 2, when Neslug starts to regenerate HP, it will become immune to physical attacks. Focus on having all of your characters use

Ultima over and over again to do the most damage possible and quickly get Neslug to Phase 3. This phase does not require any specific strategies.