“A great dungeon, created when the Archadian army sealed off the lower levels of Nalbina Fortress.

Originally a complex lowtown region. In addition to the usual collection of petty thieves and murderers, its inmates include political dissenters and prisoners of war from the Dalmascan and Nabradian armies, all thrown together without discrimination, separation, or order.

An oubliette has been created in the depths of the fortress to hold those prisoners whose cases await judgment before the Court of Archadia.”

Vaan will wake up in the Nalbina Dungeons with Balthier. Balthier will explain that they have been locked up in a prison/dungeon that are made up of the sealed off floors at the bottom levels of the Nalbina Fortress. He will also explain that Fran is off somewhere trying to find them a way out.

Explore the area in the first room of the dungeon. There is not much to see but there are a few treasure chests around the area which contain

Knots of Rust. These items can be used in battle to deal damage to enemies. Save your game at the Save Crystal after you are finished searching the area and proceed into the next room. 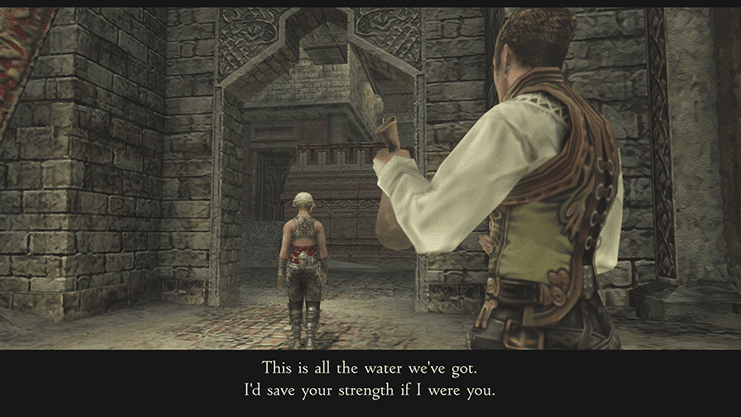 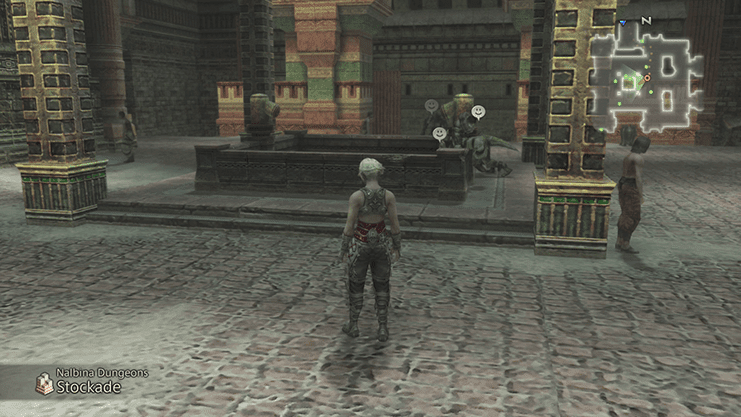 A fairly lengthy cutscene will take place involving Vaan being captured by three Seeqs – Galeedo, Gwitch and Daguzo. Balthier will join Vaan and the two will be thrown into battle against the three Seeqs once the cutscene is over. Both Balthier and Vaan are restricted to hand-to-hand combat using their fists, but defeating the three Seeqs is very easy. Start off by defeating Gwitch first as Gwitch is the only one of them who can 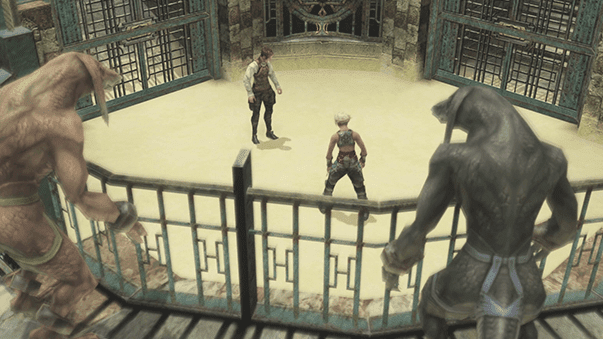 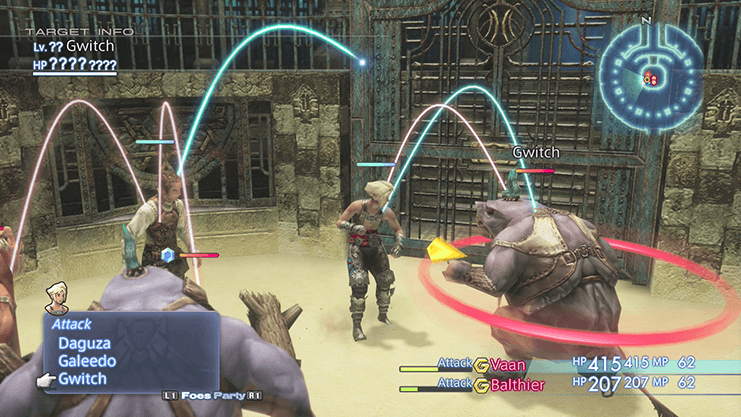 The area will end up packed with other prisoners and then bombarded by Imperial Soldiers once the battle has ended. There will be a short cutscene involving a Judge (the self-proclaimed law keepers of Archadia and personal guards of House Solidor) and a bounty hunter named Ba’gamnan. Balthier, Fran and Vaan will make a hasty exit from the area and will then start tailing the Judge. 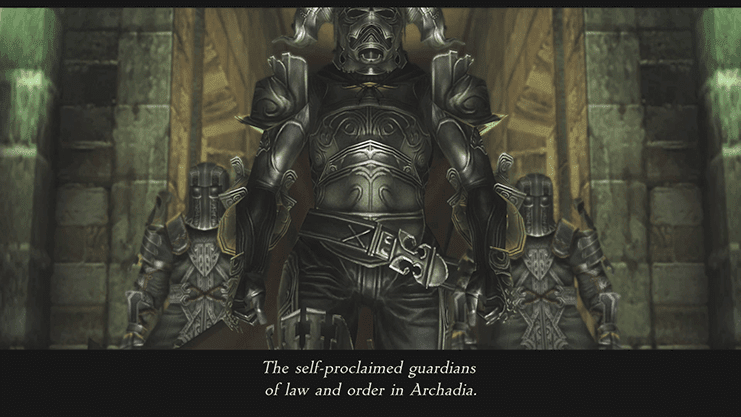 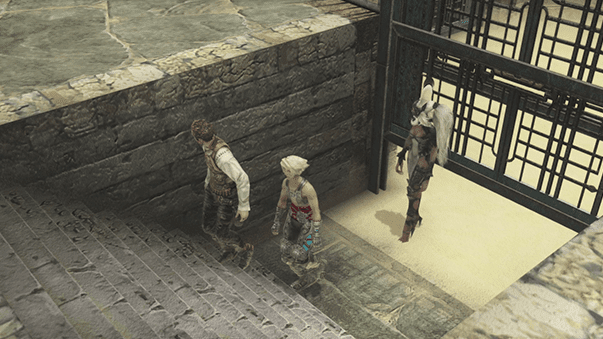 Zodiac Spear. One of those conditions is that there are four treasure chests around the game that you cannot open under any circumstance. The third collection of these treasure chests are the ones inside the Confiscatory where the party picks up their confiscated items and equipment.

As mentioned above, do not open any of the treasure chests in the Confiscatory room after the party members have recovered their items and armor. Immediately leave the area. Travel over to the Save Crystal, save your game and refill your HP and MP. Continue east down the pathway into the next area. 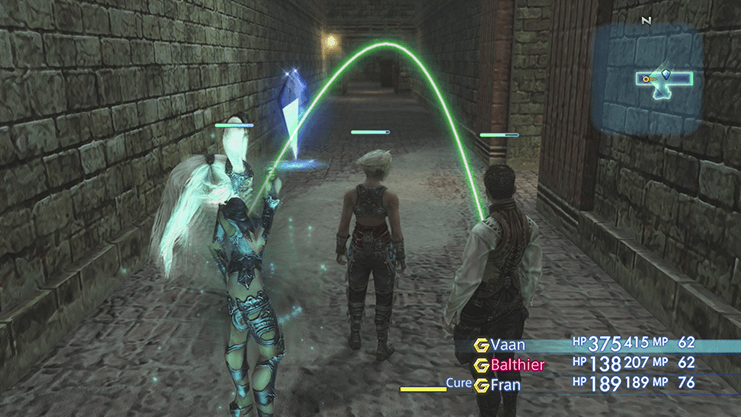 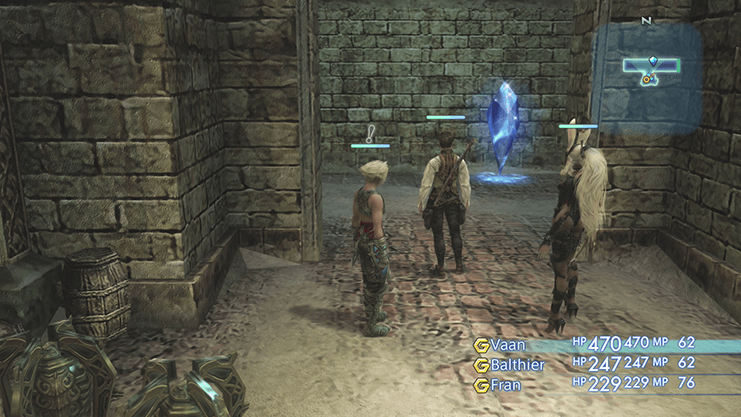 This next room is full of Imperial Soldiers – however, this time, each of them have different attack styles. The different types include: 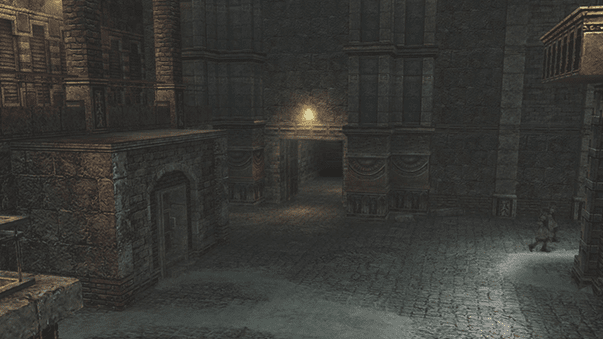 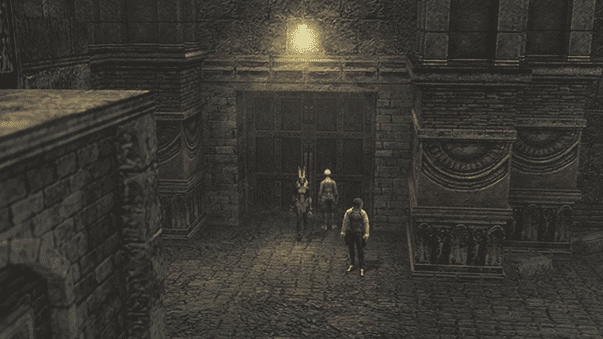 There are several different paths that you can use to get to the next area. Take this opportunity to gain some experience and valuable loot by killing many (if not all) of the Imperial Soldiers. You will get a chain bonus as each of the Imperial Soldiers are considered the same enemy type despite them using different attack styles. There are potentially some treasure chests located around the room, depending on how lucky you are, so be sure to explore the second level of the area as well. 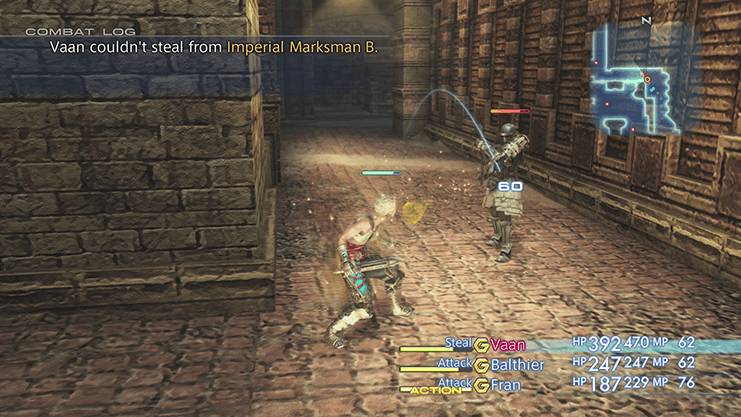 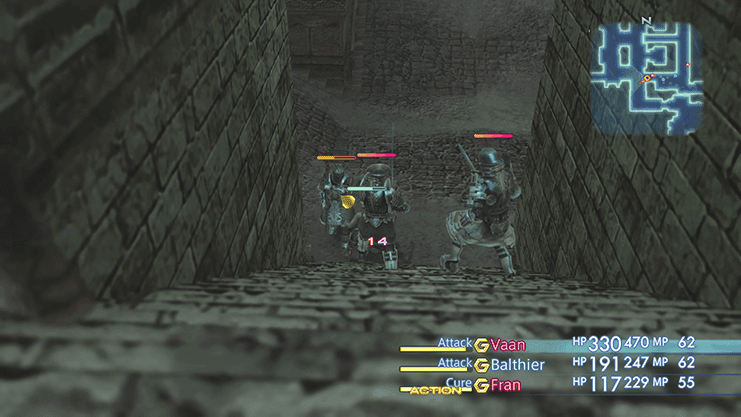 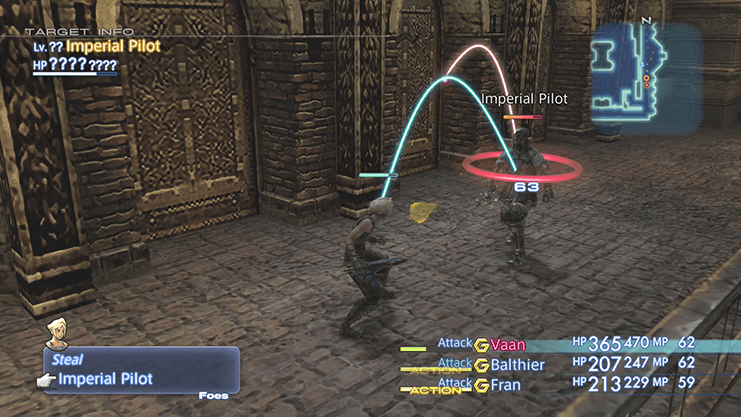 The doorway leading into the next room is located towards the northern section of the Black Watch room. There will be a short cinematic where the team will watch the Judge and his legion of soldiers break through the doorway. 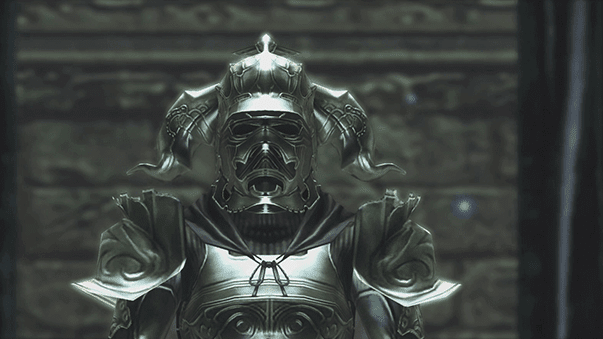 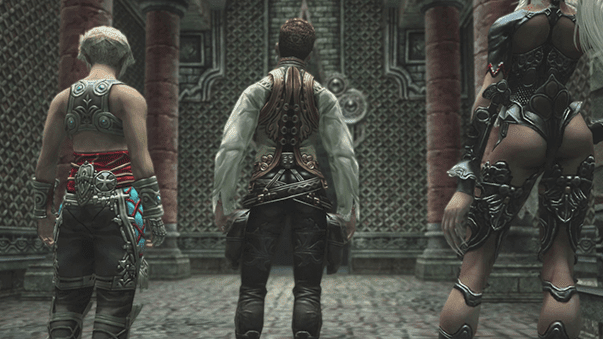 There is one more cutscene before moving on to the next section of the game. This cutscene involves the Judge speaking directly with Basch, who is revealed to still be alive, and is being kept prisoner in the Nalbina Dungeons.

The team will confront Basch and Vaan will lash out at him for killing his brother Reks – though Basch will insist that he did not kill Reks. The team will make a last minute escape by riding the cage that Basch is kept in down into the lower part of the dungeon. Basch then joins the party as a guest as they attempt to traverse through the Barheim Passage. 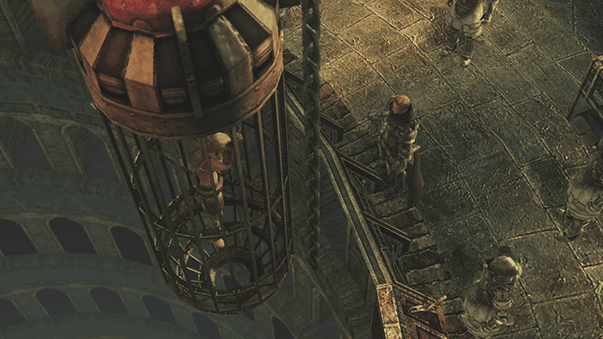 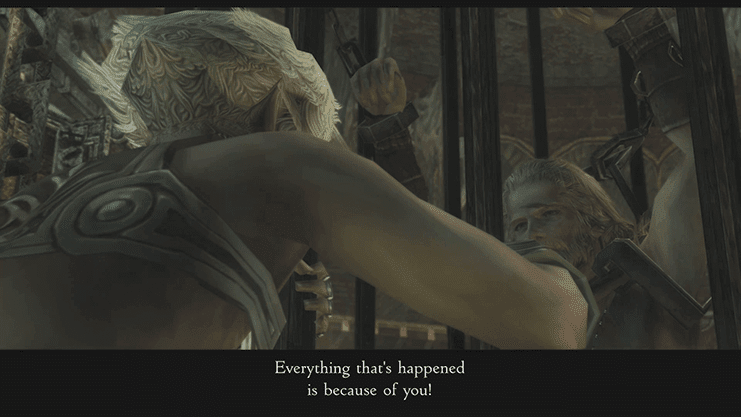 Use the map below to assist with navigation: 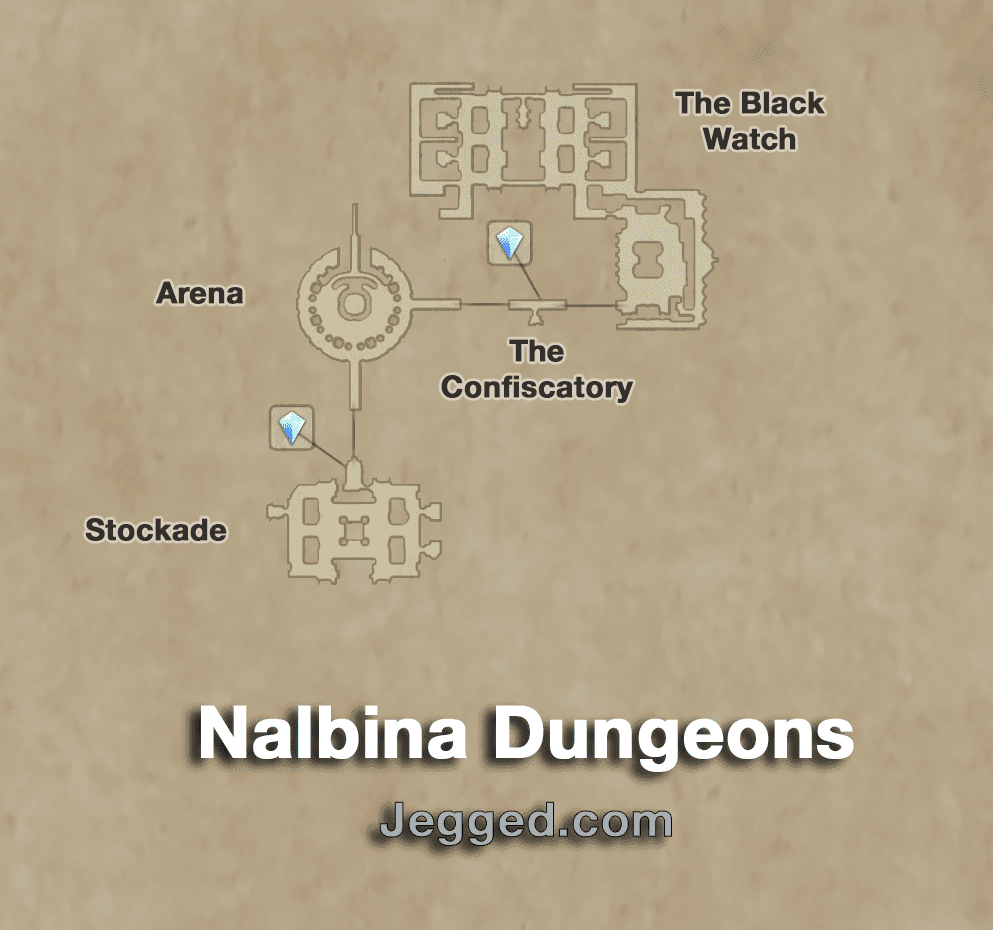