Hunt 34: The Cry of Its Power
Rocktoise - Rank I

You can obtain this Elite Hunt from Montblanc after completing the Barheim Passage before traveling to Bhujerba and the Lhusu Mines.

This Hunt can be completed right after the scene in the Cloudborne tavern/hideout before moving on to the Dreadnought Leviathan but it is fairly difficult to complete at this stage of the game.

Pilika is located in Bhujerba in the Khus Skygrounds in the western section of the skycity. 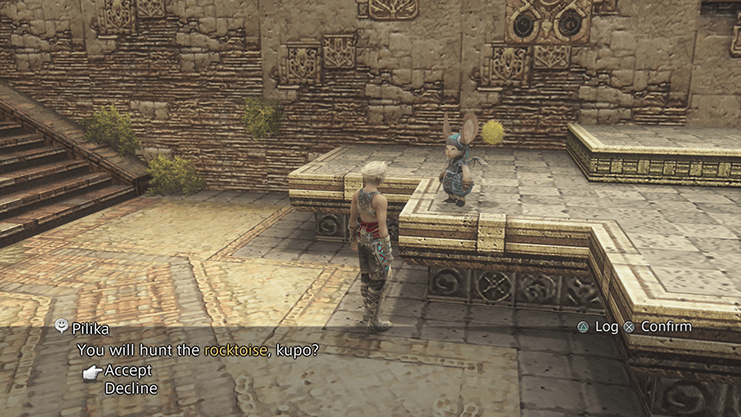 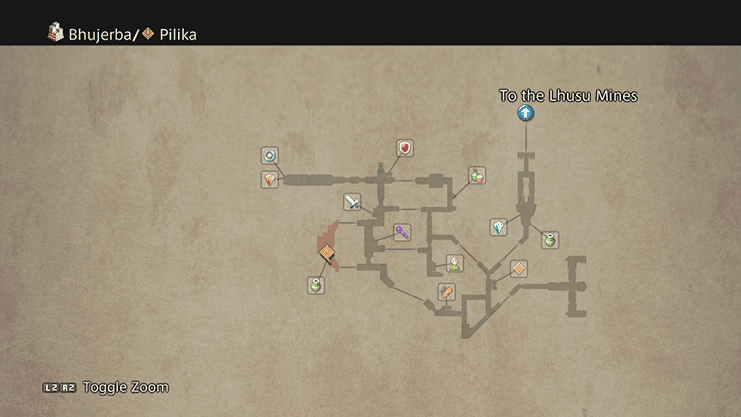 Rocktoise is located back in the Lhusu Mines in the room where Lord Larsa (Lamont) gave his explanation about the Nethicite and where the team were ambushed by Ba’gamnan and his ilk.

There are a number of Skeleton enemies around the area which can pose a problem throughout the fight. Clearing them is beneficial but they can respawn so you should expect to have to deal with a few during the course of the fight.

Rocktoise is one of the more difficult fights that you have faced at this stage of the game. It has an extremely large amount of HP and it is quite easy to be overwhelmed by its attacks if they connect and by other mobs (Skeleton enemies) if they spawn during the fight. There are a few glitches/bugs you can utilize to make this fight easier but it can be defeated through the use of proper attack strategy.

Your front-line attackers (either one or two party members) are going to take a fair bit of damage. Make sure that you have

Protect enabled before initiating the fight and keep it active on your party (through the use of Gambits) for the duration of the fight. Having a high amount of HP (which can be accomplished by activating support Licenses on the License Board) can be extremely helpful. 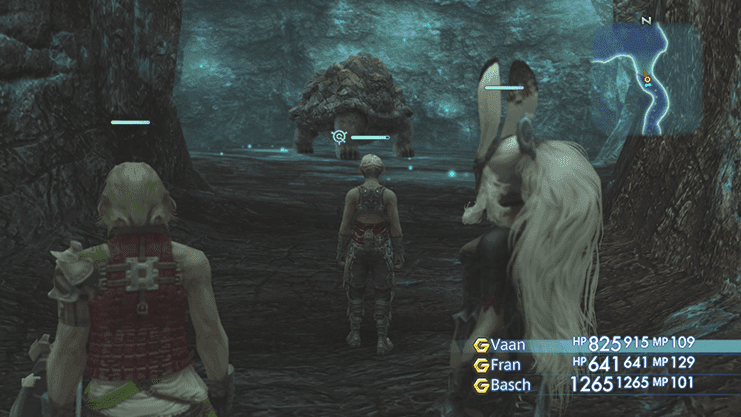 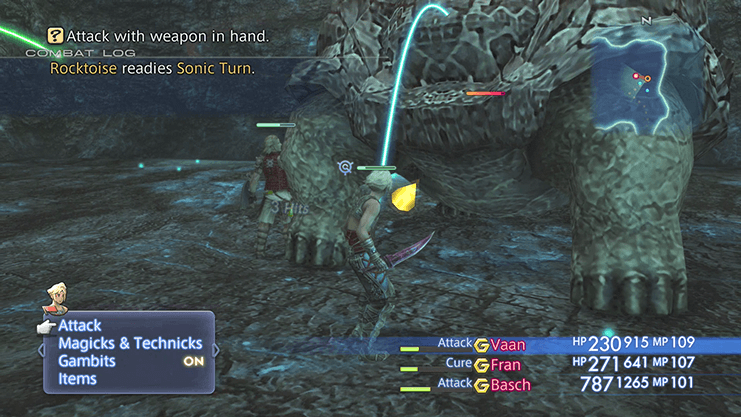 Slow magic; be sure to keep both of those statuses on it the entire fight, and make sure to spread out your statuses and magic to different party members to ensure that no party member runs out of MP too early in the battle. Rocktoise can also cause Blind so make sure to have Gambit setup to use

Eye Drops on any affected characters.

There are two other tricks that you can use to defeat Rocktoise:

1) You can take advantage of its slow movement speed by creating one (or multiple) long-ranged characters and have them attack from a distance. You can kite the enemy (keep it within range but not allow it to get into melee attack range) around the room and avoid having it attack you.

2) You can drag Rocktoise to the fenced off area in the northwest section of the cave. From here, Rocktoise cannot reach your party members and can only cast Magick attacks (which are quite weak). Equip an

Orrachea Armlet and keep yourself healed until you drain all of its HP.

Use the video below from the original version to help you or scroll lower:

Return to Pilika in the Khus Skygrounds of Bhujerba to receive your reward which includes: 1,200 gil, a

Heavy Coat (or a

Survival Vest in The Zodiac Age version of the game). You can also speak to Pilika again to initiate another short side quest: 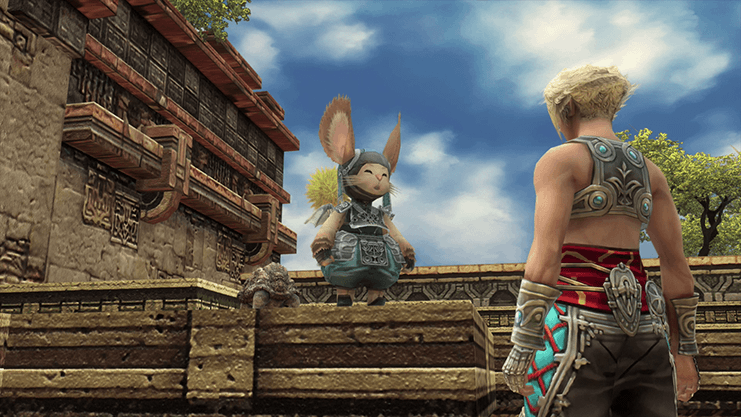