The Hunt to defeat Marilith becomes available immediately after you complete Hunt 08: A Scream from the Sky – Wyvern Lord (Rank II). Marilith is significantly harder to defeat though. It becomes quite a bit easier later on in the game and is best attempted after the events have taken place at the Stilshrine of Miriam and after Judge Bergan has been defeated at Mt Bur-Omisace.

The Tavernmaster in the Sandsea. He is standing behind the counter. 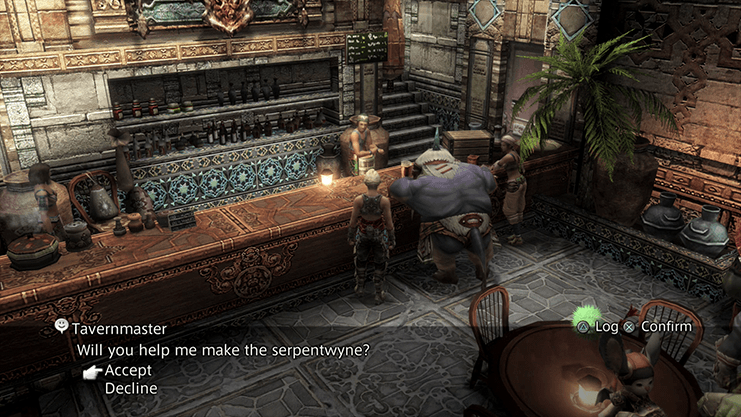 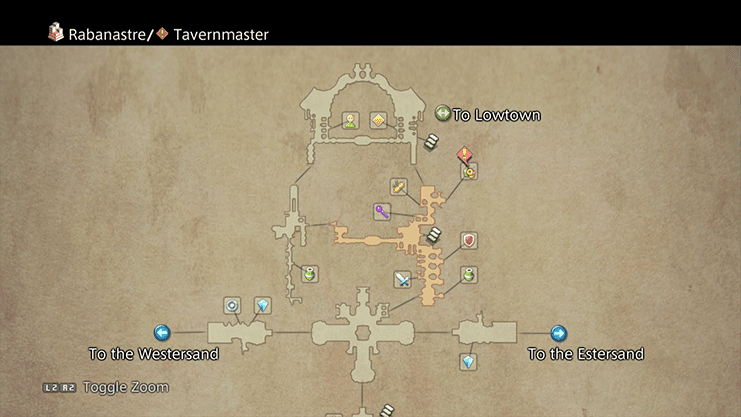 Travel out into the Dalmasca Westersand from Rabanastre. Go through the Galtea Downs, south when you reach The Midfault into the Simmering Horizons and look for the cave in the southwest corner of the zone. This leads directly into the section of the cavern that you need. 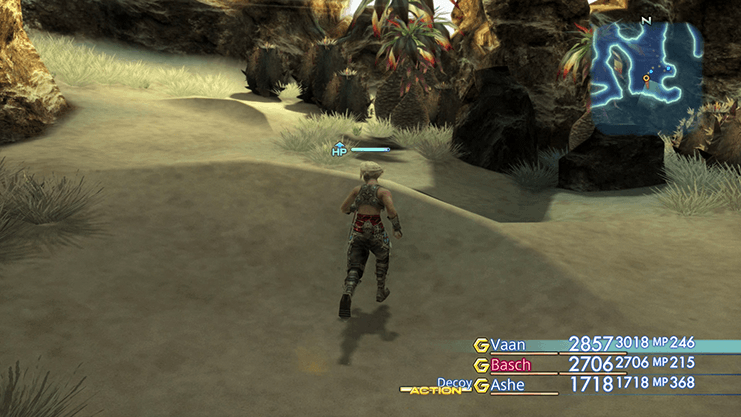 The difficult aspect of the fight against Marilith is the amount of damage that it can do to your party members. Make sure that you have a tank setup with

Decoy active on that character at all times. You should also have either the

Bubble spell or a

Have one of your party members setup to keep

Blind active on Marilith for the duration of the fight in order to reduce the amount of damage done. Try to keep all of your party members under the

Haste status effect as well in order to counteract Marilith’s Slow spell. You also need to use 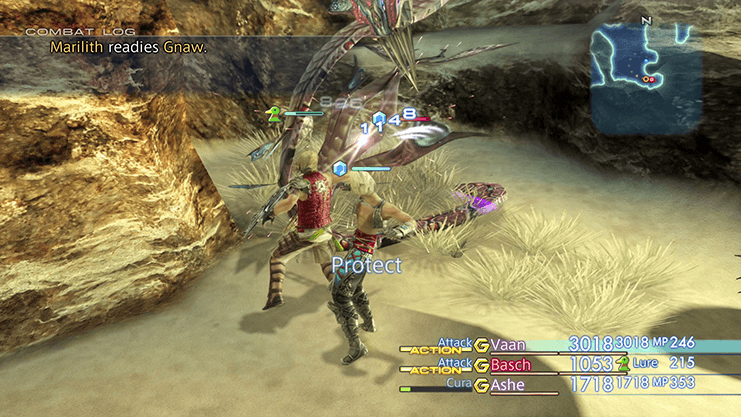 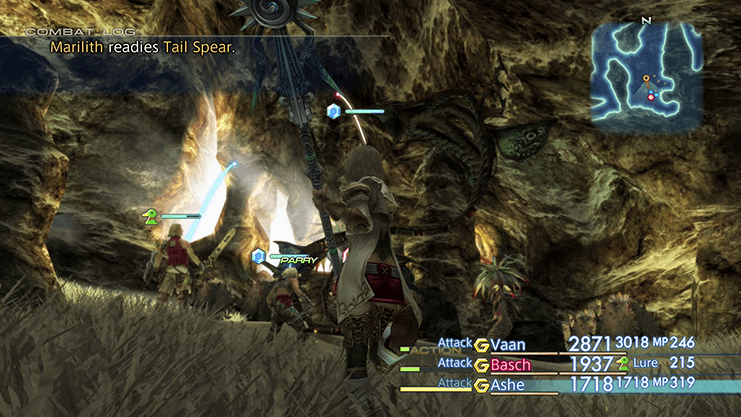 Marilith will start executing combos a lot more often as its HP gets low, so be prepared to do a fair bit of healing towards the end of the fight. Use Quickenings and Espers if you need to get in more damage.

Main Gauche and with

Gauntlets to reduce the amount of damage that they take. Use

Shielded Armor to ensure that

Protect stays up the whole time.

Return to the Tavernmaster in Rabanastre once completed. The rewards for completing this Hunt include 2,200 gil, a

This Hunt is normally completed during the intermission period in the Rabanastre following the events at the Stilshrine of Miriam. Click on the link to return to that section of the strategy guide.