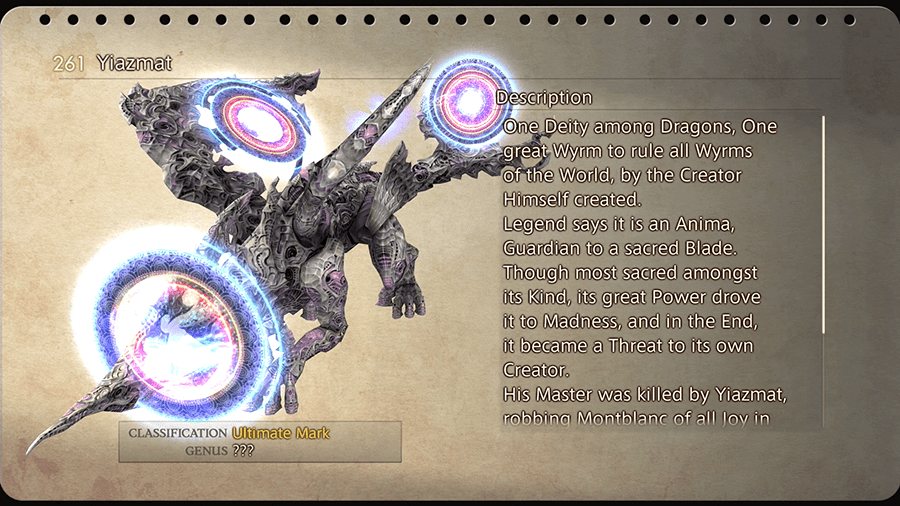 “One Deity among Dragons, One great Wyrm to rule all Wyrms of the World, by the Creator Himself created.

Legend says it is an Anima, Guardian to a sacred Blade.

Though most sacred amongst its Kind, its great Power drove it to Madness, and in the End, it became a Threat to its own Creator.

His Master was killed by Yiazmat, robbing Montblanc of all joy in Life, and he would have Revenge.”

* Yiazmat is the Mark for Hunt 45. Check out the Hunt 45: Farewell to a Legend Hunt page for more information.