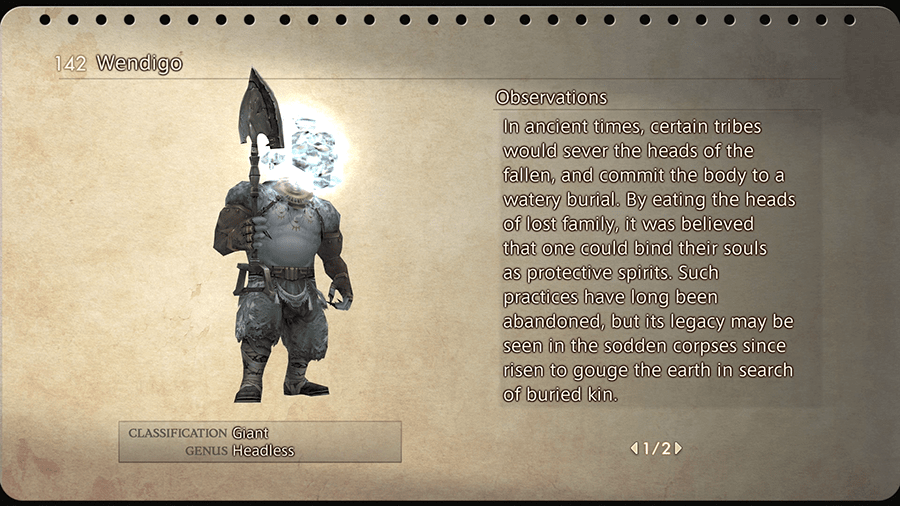 “In ancient times, certain tribes would sever the heads of the fallen, and commit the body to a watery burial. By eating the heads of lost family, it was believed that one could bind their souls as protective spirits. Such practices have long been abandoned, but its legacy may be seen in the sodden corpses since risen to gouge the earth in search of buried kin.”