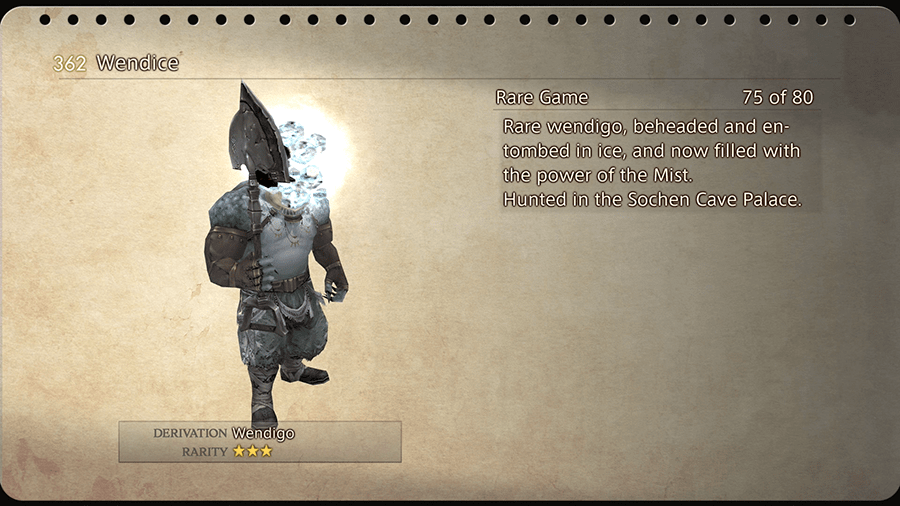 “Rare wendigo, beheaded and entombed in ice, and now filled with the power of the Mist. Hunted in the Sochen Cave Palace.”

* The Wendice will appear in the center of the Destiny’s March area of the Sochen Cave Palace after you kill three Wendigos. Note that you need to have initiated the Hunt Club side quest for Wendice to appear.