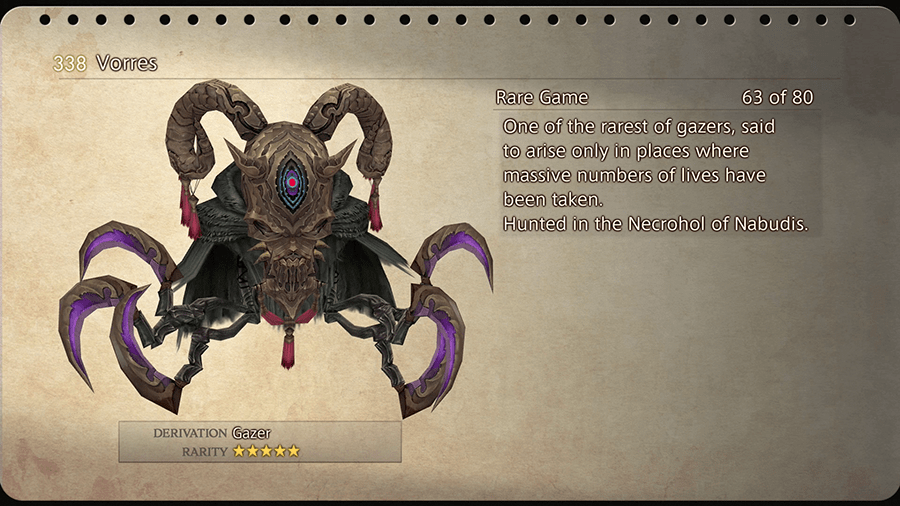 “One of the rarest of gazers, said to arise only in places where massive numbers of lives have been taken. Hunted in the Necrohol of Nabudis.”

* Vorres is one of the more difficult Rare enemies to spawn. Head to the Hall of the Ivory Covenant in the Necrohol of Nabudis and lure one of the Dark Elemental enemies to the doorway that leads into the Cloister of Reason. This will cause the Vorres to spawn in the room to the south of the door.

Note that you need to have initiated the Hunt Club side quest for Vorres to appear.